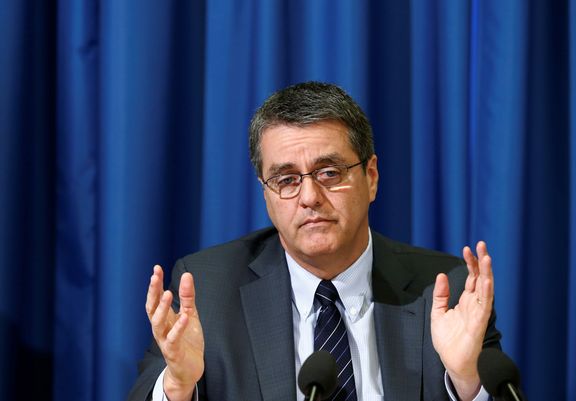 In August, US president Donald Trump issued a grave warning for the World Trade Organization: If the trade dispute resolution body doesn’t “shape up,” the US will split.

But if Trump had specific reforms in mind, he sure isn’t sharing them with the people who matter most—like, for instance, the WTO’s director-general, Roberto Azevedo. In the latest edition of the Freakonomics podcast, host Stephen Dubner asked whether he had even spoken with Trump.

“Not directly, no,” Azevedo said (though he has, he says, spoken with Robert Lighthizer, head of the administration’s trade office).

This is weird behavior for a president. The WTO’s head, who is based in Geneva, spoke with Trump’s predecessor, Barack Obama. And as Azevedo told Dubner, he chats “quite frequently” with the the leaders of Germany, Japan, the UK, and other major world economies.

Sure, the Trump cold shoulder isn’t exactly surprising. He recently condemned the WTO for treating the US “very badly,” calling it the “single worst trade deal ever made.” (This is despite the fact that the WTO has sided with the US in the vast majority of cases brought by the US since the organization’s founding in 1994.). The president has also in the past professed to getting a “headache thinking about who made” deals like the WTO.

On many issues, Trump is more of a barker than a biter. With the WTO, however, the opposite might be more accurate.

The president has been quietly sabotaging the WTO, steadily blocking the appointment of judges to the panel that hears trade dispute appeals. Now there are only three left on the appellate body, down from seven when Trump took office. By late 2019, there will be only one left—rendering the WTO unable to function. That will make it impossible to challenge Trump’s tariffs, of course.

Despite Trump’s judge grudge, the US hasn’t actually withdrawn from the WTO—quite the opposite, Azevedo pointed out in the interview.

“What is also a bit peculiar is that the United States has been bringing cases to the WTO. They just brought five a few weeks ago,” he said. “So people don’t understand what is going on, and I think we need to have a deeper conversation.”

On the upside, at least Trump’s trade warring and the WTO’s imminent implosion have gotten the right people’s attention. Trade is at the top of the global agenda and heads of state have demonstrated a conspicuous command of trade issues, said Avezedo.

“That’’s surprising, because a while back, whenever I talked to leaders, it took me a while to explain to them what was going on. This was not the case now,” the director-general told Dubner. During recent chats with Emmanuel Macron, Theresa May, Angela Merkel, and Shinzo Abe, he said, “I have been covering a lot of ground and we’’ve been talking and they’’re all concerned.”

Of course, if Trump is tuning in to Freakonomics (he’s probably not), he’ll learn that he can still join in the discussion. Asked whether he’d take a call from the US president, Azevedo said, “Oh, I’m always available.” He probably shouldn’t hold his breath. The fact of the matter is, in his chaotic Trumpian way, the president has a knack for dominating even the most important of conversations—without having to actually talk to anyone.