The real meaning of judicial temperament 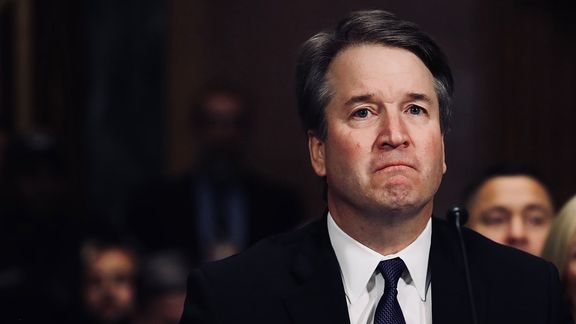 In the US, September 2018 will likely be remembered as the month of the Brett Kavanaugh hearings, where America learned that the controversial federal judge likes beer and is inclined to tears.

“I was surprised at how vocal he was about the fact that he liked beer,” US president Donald Trump admitted about his Supreme Court nominee at a White House press conference on Oct. 1. But, the president said, “I think [he] spoke very conclusively and very well.”

Trump was referring to Kavanaugh’s testimony on Sept. 27, in a second round of hearings before the Senate Judiciary Committee, after he was accused of sexually assaulting professor Christine Blasey Ford while the two were in high school. In the initial hearings, starting on Sept. 4, the judge appeared collegial and calm and promised to be a neutral arbiter, apolitical and loyal to the Constitution above all else. The later hearing revealed a very different man, however, despite Trump’s approval of the performance.

Putting the veracity of Blasey Ford’s accusations against the judge aside momentarily, Kavanaugh’s emotional testimony raised questions about whether he has the right temperament to be a judge on the highest court in the land. Georgetown Law professor Victoria Nourse, who was chief counsel to Joe Biden when he was chair of the Senate Judiciary Committee, says that Kavanaugh’s erratic display last week indicates that he lacks the character of a Supreme Court justice. “Judges do not yell, scream, or cry,” Nourse says. “Compare, if you will, justice Thomas’s performance, decades earlier. There was emotion, but far less histrionic behavior.”

Judging is not an easy job and it requires special qualities that are difficult to quantify, among them “[o]pen-mindedness, not taking oneself too seriously, wit, self-awareness, humility, being a generous and respectful colleague, and being willing to work at getting it right,” Sixth Circuit Court judge Jeffrey S. Sutton wrote in a 2010 Michigan Law Review article. Those qualities add up to what we might call temperament, and “[t]emperament, perhaps most critically, affects how judges decide cases,” Sutton wrote.

The American Bar Association (ABA) says its committee on the federal judiciary evaluates judicial temperament by considering a nominee’s “compassion, decisiveness, open-mindedness, courtesy, patience, freedom from bias, and commitment to equal justice under the law.”

Because these qualities are hard to measure, suitable temperament can seem like a mysterious and elusive quality, more a gut feeling than anything else. Some argue that it’s a kind of smokescreen, code for whether or not a person is popular rather than qualified. As Vanderbilt University law and medicine professor Terry Maroney points out in the introduction to a 2018 article posted on the University of California-Berkeley law school site (pdf), “Judicial temperament is simultaneously the thing we think all judges must have and the thing that no one can quite put a finger on.”

She notes that when justice Louis Brandeis was nominated to the high court in 1916, his temperament was widely criticized by prominent lawyers. Given the respect his work garnered later, however, Maroney argues that the attacks on temperament were most likely just a cover for anti-Semitism and had little to do with the judge’s fitness for the bench.

Maroney writes that the proper temperament “generally is thought to manifest in consistent exercises of patience, level-headedness in challenging moments, treating people with courtesy, projecting a dignified demeanor, and being a respectful colleague.” She contends that empathy and impulse-regulation are important, and that “a tendency to be quick to both feel and act out of anger” indicates that a prospective judge doesn’t have what it takes.

After Kavanaugh testified for the second time, Democratic senators argued that the nominee didn’t display the proper temperament for the job he seeks. Kavanaugh’s opening statement was emotional and outraged and showed he did indeed harbor partisan sentiment, despite assurances in earlier testimony that he would not be a political justice.

He blasted Democrats for conspiring against him in an effort to get revenge for Trump’s 2016 presidential election and for his own involvement in the 1998 investigation of president Bill Clinton’s sexual misconduct with Monica Lewinsky. He was petulant and insolent with senators who questioned him. He yelled, cried, sniffled and spoke self-pityingly, in between boasting about his accomplishments and how hard he worked. In his indignation and in his crowing, he showed little of the wit, humility, and self-awareness generally sought in a Supreme Court justice. He was combative rather than cooperative, responding like a man miffed rather than one answering prospective employers at a job interview.

On Sept. 28, Democratic senator Sheldon Whitehouse of Rhode Island said confirming Kavanaugh “will be a disaster for the court.” He argued that Kavanaugh’s “partisan screed” was “telling,” and characterized his testimony as not credible. And California senator Dianne Feinstein declared that Kavanaugh displayed a temperament unbefitting a Supreme Court justice.

Meanwhile, many others who watched his testimony—including the president and Republican senators like Arizona’s Jeff Flake, who crossed party lines to call for a week-long FBI investigation into the allegations against Kavanaugh—thought the judge was justified in showing much emotion.

Of course, any accusation, especially if false, will make a person defensive. Indeed many of us, under as much pressure as Kavanaugh was facing last week, would crack, responding to the charges with alternating episodes of rage and despair. But most of us are not up for the most prestigious law job in the United States. As professor Nourse says, “I don’t begrudge anyone showing emotion when they have been unfairly accused, but judges are supposed to be able to do things the ordinary person is not capable of doing. The ordinary person can let his emotions fly; judges are held to a higher standard. They must be able to stand above the emotions and the politics of the day.”

Doubts about Kavanaugh’s character have been raised in the past. As Heather Timmons wrote in Quartz before he was nominated, Kavanaugh’s colleagues called him “sanctimonious” and criticized his ability to be fair and balanced. In 2006, the ABA’s committee on the federal judiciary downgraded his 2003 rating of “well-qualified” to just “qualified,” noting that legal practitioners complained he was difficult and “dissembled” in his representations in court. The ABA’s assessment was criticized at the time by the Bush White House; in 2006, Kavanaugh was confirmed by the US Senate to the DC Appeals Court by a vote of 57-36, putting him on track for his nomination 12 years later to the Supreme Court.