The economics case for using Zen to think about trade 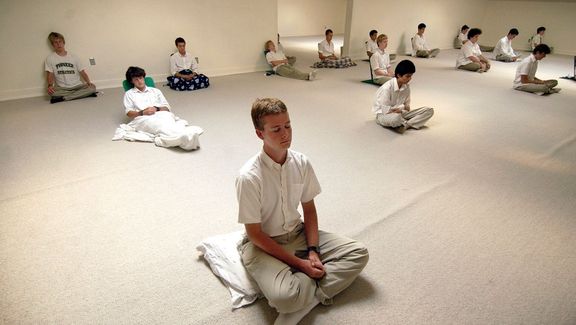 Free traders are in pain. The latest protectionist measure they bemoan as a threat to the decades-old free-trade system: 25% tariffs on $50 billion Chinese goods Donald Trump announced today.

The world economy, too, will suffer from uncertainty and the disrupted flow of goods, economists warn. Meanwhile, displaced workers are also hurting as the high-paying jobs promised by protectionists fail to materialize.

As globalization’s critics continue to test their ideas by passing trade restrictions, free-trade advocates need a new strategy. They need to adapt trade rules to the way the world is changing: Cheap fuels, the internet, and robots have upended factories and offices. A tsunami of technological transformation is still to come. And then they need to get off their soap boxes, and think about how to make globalization work for everyone—even for those who think they don’t want it.

To defend globalization, they need to learn the zen of trade.

Cease to cherish your opinions (and the WTO)

These days, globalists have become too focused on old ideas of how the world “should” be. That’s blinding them from the fact that those ideas are losing relevance.

Zen, a school of Mahayana Buddhism, revolves around the practice of meditation in order to grasp the true meaning of things. The only way to achieve that is by letting go of notions of how things should be, to instead accept things as they are. “Do not seek the truth, only cease to cherish your opinions,” wrote 6th century Zen master Seng-ts’an.

Try it with the World Trade Organization’s rules. The laws of trade were created at a time when merchandise moved by boat, not fiber optic cable, and the money was in churning out physical products, not the research and development behind them. Trump’s criticisms that the WTO is failing to address digital trade and intellectual property did not come out of the blue.

Free traders are also stuck in their conviction, backed by economic papers and models, that trade’s benefits overshadow its losses. A variety of characters, from US industry trade groups to the Mexican government, have been touting the gains from trade in closed-door meetings with elected officials and with colorful infographics on Twitter.

But insisting on the virtues of trade won’t persuade globalization losers, just as Trump’s tariffs won’t bring back the more than $20-an-hour factory jobs they lost. Instead, they must concede that anti-globalists’ personal toll of lost jobs or status anxiety is just as real.

Free trade advocates cannot just be by themselves, alone

With his tariffs and attempts to redo trade deals, Trump is forcing free-trade proponents to meet him at the front lines of trade policy. But that’s not where the solutions are.

The consequences of globalization reverberate throughout the economy in ways trade policy can’t address. There’s a Zen term for that kind of interconnectedness. ‘’To be’ is to inter-be. You cannot just be by yourself alone. You have to inter-be with every other thing,”’ in the words of Zen master Thich Nhat Hahn.

To undo the damages from trade—and the backlash they are generating—free traders have to start by acknowledging their connections to the people who are bearing the costs of free-trade policies. One example: Catherine Novelli, a former Apple lobbyist, is trying to find ways to help people hurt by globalization through a new initiative called “Listening for America.”

Novelli, who was also an assistant US trade representative during the George W. Bush administration and undersecretary for economic growth at the State Department under Barack Obama, displayed a Zen-like acceptance of trade during a phone interview about the project

Globalization is a fact. We are in a competition as a country and we’re going to continue to be in competition. I want people to understand that trade is a fact that’s going to affect their lives. It is really important that we think strategically about how to deal with this.

Over the past few months, she’s been listening to Rust Belt residents’ views on trade through focus groups. This is what she’s learned: No one really wants to get rid of NAFTA, or trade. What they want is a job that allows them to support their family and live with dignity. They believe that part of that is up to them, but that companies who leave the US should also bear some responsibility in helping the workers they leave behind.

While focus group participants had the nagging feeling that US trading partners are benefitting more from trade than they are, they also said they wanted the best product for the best price even if it’s not “Made in America.”

“The question then becomes how do we proceed, and that’s where the difficulties come. These are extremely complicated issues, and the economy is very intertwined. Thinking that through is very hard to do in a sound byte,” she says.

How to go with the (trade) flow

Reality is constantly evolving. Instead of resisting it or blocking change, the Zen way is to follow its currents.

This is British philosopher Alan Watts’s version of the concept in the 1969 psychedelic film The Flow of Zen: “In a liquid universe, the art of life is like swimming and one does not swim by clutching the water or trying to stand upon it. To swim the body must relax into the water and float by the rhythm of breathing air out and in.”

To be sure, the swirling blotches of paint might be too New Agey to resonate among present-day free traders. But there are some useful parallels between Watts’s trippy analogy and globalization. In fact, “Go with the Flow” wouldn’t be a bad sound byte to promote the kind of attitude needed to face the constant and unstoppable change in how companies make and trade goods.

It’s rare for a politician to put globalization in those terms, but Tony Blair did, in a 2005 speech:

The character of this changing world is indifferent to tradition. Unforgiving of frailty. No respecter of past reputations. It has no custom and practice. It is replete with opportunities, but they only go to those swift to adapt, slow to complain, open, willing and able to change. Unless we “own” the future, unless our values are matched by a completely honest understanding of the reality now upon us and the next about to hit us, we will fail… In the era of rapid globalization, there is no mystery about what works: an open, liberal economy, prepared constantly to change to remain competitive.

For workers, that means accepting that their job is never 100% secure and that they will need to update their skills to keep afloat, says Steve Suranovic, a George Washington University economics professor and author of A Moderate Compromise: Economic Policy Choice in an Era of Globalization.

But there are implications for trade defenders as well. “We need to work on how to make that adjustment process between industries smoother and less painful for workers,” he says “and try not to portray free markets as this glorious thing that can improve our well-being without any problems or costs.”

There’s a real economic model that backs practically all that has been said above.

It was built by Emily Blanchard, at Dartmouth College, and Gerald Willmann, from Germany’s University of Bielefeld, to test what kind of policies would be most effective at reducing protectionist impulses. It confirms that the world has a flow-blockage problem. The reasons behind the protectionist groundswell epitomized by Trump are “dynamic friction and static distribution,” they say. Translation: It’s really hard for displaced workers to find new jobs, and wealth from trade is pooling around only a small group of skilled workers.

While a protectionist reaction is to be expected when there’s a big economic shock, whether it dissipates or settles in depends on how governments respond, according to their findings in a preliminary paper they titled Unequal Gains, Prolonged Pain: A Model of Protectionist Overshooting and Escalation. Out of the protectionist-reduction strategies they analyzed, reducing the skills gap between the least and most qualified workers seems the most promising, in the long run. In other words, the least qualified workers have to be trained to go with changing industrial flows so they’re not left behind.

Another finding is that short-term measures to reduce imports that threaten locally-produced goods can act as a release valve for frustrations over globalization—and avoid triggering an all-out trade war. You could call it a flow-management strategy, this one to reroute protectionist currents.

Overall, the research shows that workers adapt more quickly—and are less likely to become dissatisfied with globalization—in more equal societies with sturdy social safety nets. Meanwhile, countries with higher inequality—the US and the UK topped the researchers’ list of developed economies—also make for a “stickier” environment for workers trying to move on. That makes those places fertile ground for protectionism.

Those findings appear to be backed by reality. The UK and the US are two places where the majority of voters recently went with the protectionist choice.

This would seem to suggest that opening channels for the movement of goods is not enough. Wealth and wellbeing have to flow as well. That’s what the crux of the global trade debate should be.