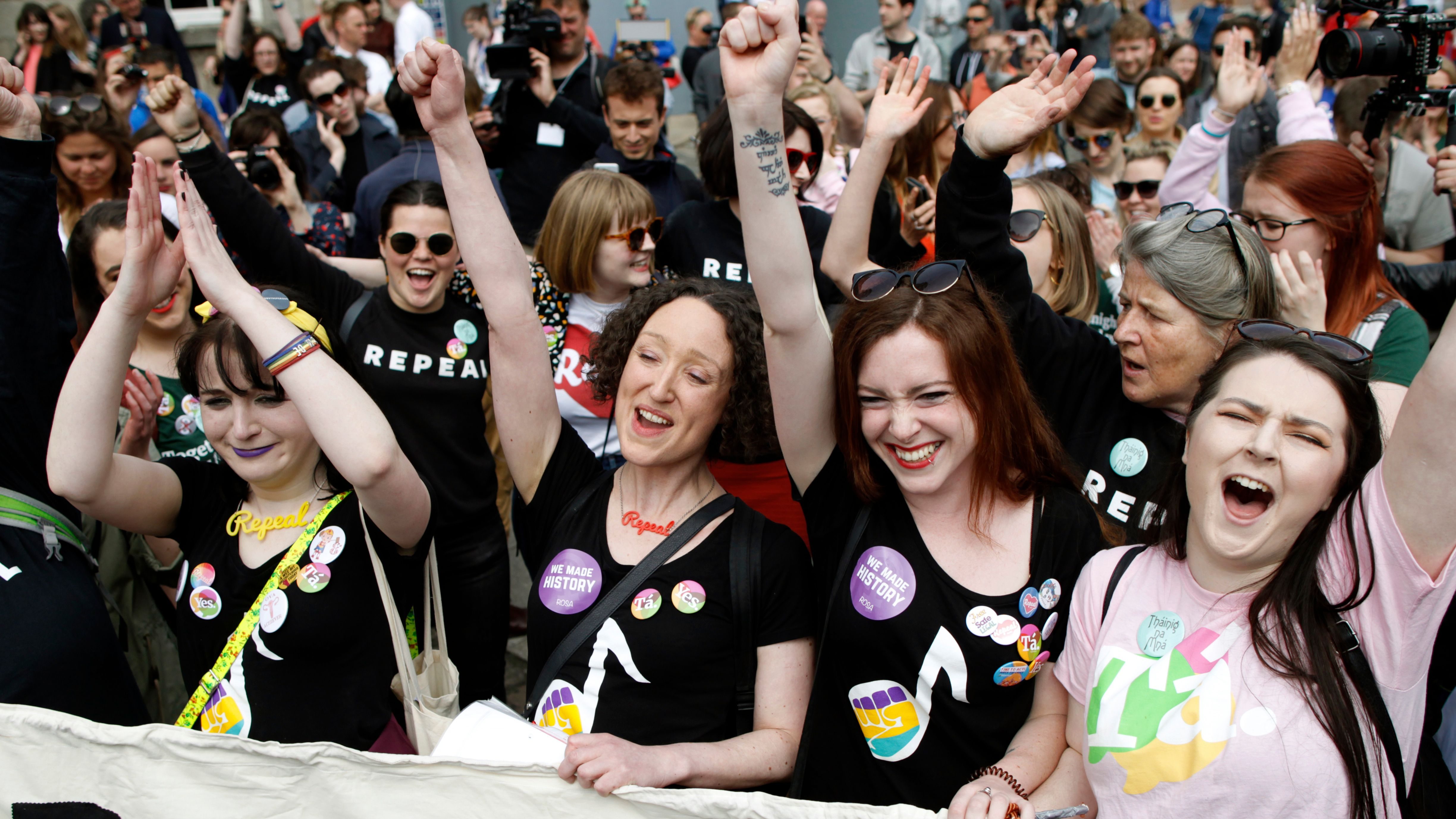 The Republic of Ireland looks to have overwhelmingly voted to repeal its ban on abortion, but no matter the result, around 1.8 million people on the island still won’t have access to the procedure: those who live in Northern Ireland.

The North—a constituent unit of the UK where citizens variously identify as British, Northern Irish, and Irish—bans abortion even in cases of rape, incest, and fatal fetal impairment. The law has forced tens of thousands of women seeking abortions to travel to Britain and elsewhere or illegally order pills online. Northern Ireland technically has the harshest penalty in Europe for women who have abortions—life imprisonment. UN officials recently judged that the law violates women’s rights, and “constitutes violence against women that may amount to torture or cruel, inhuman or degrading treatment.”

In the wake of Ireland’s vote, British and Northern Irish politicians have called for the law to be changed. Penny Mordaunt, international development secretary and minister for women’s equality, tweeted that hopes of change “must be met.”

Based on the exit poll, a historic & great day for Ireland, & a hopeful one for Northern Ireland. That hope must be met. #HomeToVote stories are a powerful and moving testimony as to why this had to happen and that understanding & empathy exists between generations. #trustwomen

Sir Vince Cable, leader of the Liberal Democrat party, put pressure on UK prime minister Theresa May, saying the government “can and should take the opportunity to deal with this issue properly.” Since Northern Ireland has a devolved assembly, the power to change the law is usually held by locally elected politicians, but it has been without an administration for more than a year, after a power-sharing agreement between ruling parties fell apart. That has left the British government in Westminster effectively running the region by direct rule, providing a window for action in a region where most elected politicians oppose abortion.

Naomi Long, leader of Northern Ireland’s liberal, non-sectarian Alliance Party, tweeted her support for a change to the law, writing that Northern Ireland is “yet again a place apart.” It is also the only part of the UK to ban gay marriage.

Eyes will now turn to us: yet again a place apart. Behind GB. Behind Ireland.

Read next: The woman who became the face of Ireland’s campaign for abortion rights