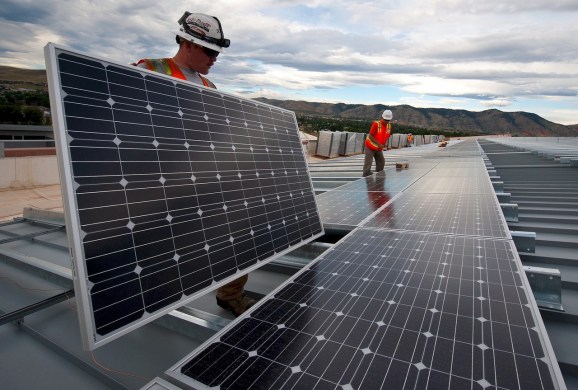 A comprehensive study by the Department of Energy’s National Renewable Energy Laboratory (NREL) shows that the U.S. can generate most of its electricity from renewable energy by 2050. The Renewable Electricity Futures Study found that an 80 percent renewables future is feasible with currently available technologies.

It’s a similar story in Europe and elsewhere in the world. But in order for this to happen, the right policies need to be put in place. Enter blockchain technology, which is seemingly able to disrupt almost every industry and promises to provide a decentralized mechanism for driving green energy adoption.

WePower is an energy trading platform that aims to finance the development of green energy projects and inject additional renewable power into the grid. While initially focused on Europe, WePower has announced that it will expand operations into Australia via acceptance into StartupBootcamp.

WePower’s platform lets green energy project developers, such as solar or wind plant builders, raise funds by selling their future energy production upfront in the form of energy tokens. It is an interesting approach since access to capital markets has been a hurdle for green energy organizations.

For this to work, WePower needs to be able to scale the platform quickly, which is why it is focusing on building partnerships with utility companies and large green energy producers.

So what does blockchain technology offer in this space, and why is it important to the push for sustainable energy?

“Blockchain firstly proves the origin of energy and immutability is very important,” Nick Martyniuk, cofounder and CEO at WePower, told VentureBeat. “The targets set out by the governments are not being met and are usually vague, with political winds influencing targets. Power needs to be given to the people.”

And that is a key element for the success of the project. Consumers are able to get directly involved in promoting sustainable energy without having to invest in their own green energy solutions. Instead of buying a wind turbine to provide energy for the home and maybe sell excess production to the grid, consumers now have another option.

“Consumers will be able to directly invest in projects they like, to buy green energy and support both local and global expansion of renewables,” Martyniuk said.

Within the WePower platform, countries will be able to add renewable energy production into their grids, using blockchain technology, replacing power purchase agreements with smart energy contracts and energy tokens.

Green energy project developers will use the platform to issue energy tokens — each token represents 1Kw of energy. These tokens are, effectively, a commitment to deliver on that promise once their project starts producing energy. The tokens can be bought by both energy consumers and investors.

In short, it means that green energy projects can raise capital by selling future energy production upfront at a low cost, and energy buyers can purchase it at below market price.

Aside from providing a smart contract-based mechanism, blockchain technology also offers the ability to establish transparent green energy accounting. At the moment, much of this is still handled via paper certificates.

WePower raised $3 million from its ICO in October, and the platform is expected to launch in March 2018. It secured its first client in July 2017 — a 1000Mw solar project — and produced a minimum viable product in August of this year. Its goal is to go global, and Australia is its next target.

“WePower is determined to more renewable energy across Europe,” Martyniuk said. “With acceptance to the StartupBootcamp energy track in Australia, WePower will relentlessly work to empower people globally.”