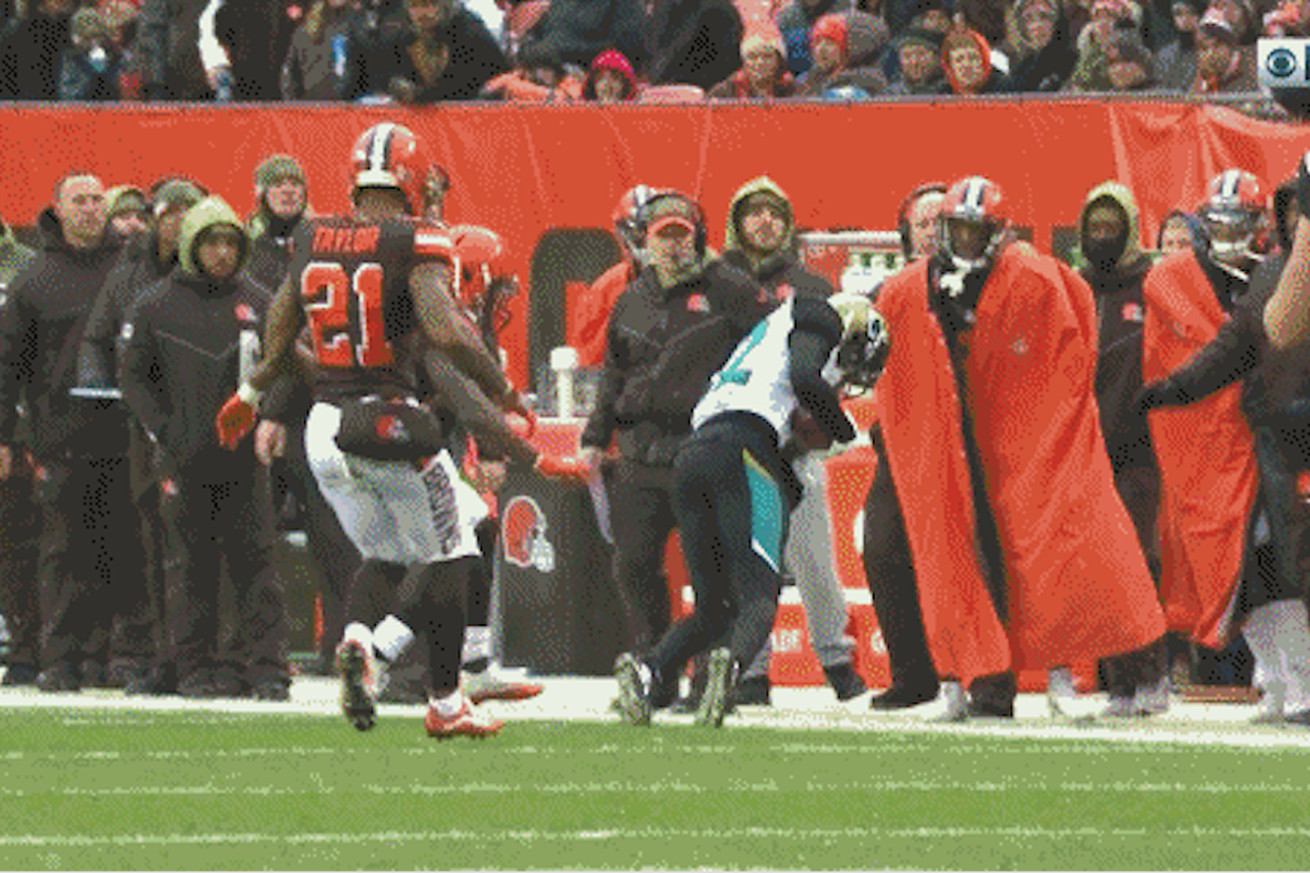 How in the world was this ruled no catch?

The Jacksonville Jaguars appeared to get an acrobatic reception on the sideline by wide receiver Dede Westbrook, but officials ruled the play incomplete. While a challenge showed that the rookie receiver got both feet down on the sideline, it was still ruled no catch.

How exactly it wasn’t considered a reception, I’m not sure.

Westbrook was originally ruled out of bounds with officials believing his right foot wasn’t down. After the Jaguars challenged the ruling, replay appeared to show both feet well inside the field of play with the right toe tapping down.

On the CBS broadcast, they said the full explanation was that replay revealed both feet were down in bounds, but that it couldn’t be confirmed that the receiver controlled the ball to the ground. That was something that officials apparently didn’t bother to verify live after deciding he was out of bounds.

Westbrook is making his debut after missing the first 10 weeks of the season due to injury and said earlier in the week that he hoped to get 200 yards receiving in his first game. He’s still well short of even 100 yards, but the officials aren’t doing him any favors.