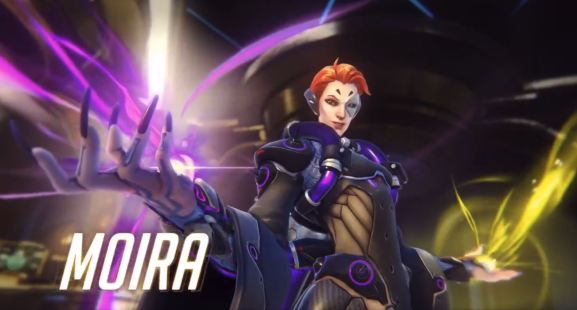 Overwatch has over 35 million players on PlayStation 4, Xbox One, and PC. The team-based shooter constantly adds new heroes and maps for free to keep its players engaged. Overwatch monetizes itself with cosmetic loot boxes that players can buy with real money (or earn slowly by playing).

The patch that adds Moira also brings a nerf to Mercy, Overwatch’s most popular healer. An unsuccessful rework changed her Resurrection ability from an Ultimate that revies everyone to a normal ability that brings a single target back to life. This actually ended up resulting in more Resurrections per game, and Mercy became so much more powerful than the other healers that you were unlikely to ever see a team without one.

Mercy’s Resurrection now has a short cast animation that can be interrupted by enemy players. It also makes her vulnerable, so she should have a harder time reviving teammates.