What do you do when people rip on your company and product, with The Washington Post questioning whether it's a "Russian scam?" You put your heads down and work on the next version.

Healbe, a Moscow-based startup, released the crowdfunded GoBe in 2015, which it promised to be the first wearable device to accurately track calories. While it acquired some fans and decent reviews, it ultimately didn't shake up the market. Many people were disappointed that they had to manually activate the device before eating. Now, the company has introduced the second version of the device (set for release on Sept. 30) with the manual tracking requirement removed. The reaction to it, at least on the Google Play store and in one review, is lukewarm, rather than hostile.

Meanwhile, Healbe CEO Artem Shipitsyn says the Healbe team felt validated when it entered a five-year agreement with University of California, Davis, to test the GoBe 2. The research is designed to determine the value of wearable devices for research purposes as well as to segment groups within a population by factors such as health conditions.

The idea of a device that tracks calories is pretty much the Holy Grail for those who want to monitor their diets. As someone who used to keep a digital food diary, I was enthralled by the possibilities of a device such as the GoBe.

I wore a GoBe 2 on my left wrist for about a month. My skin was still irritated a week after I stopped wearing it -- but that’s beside the point. I can say that the data it creates is interesting, but not that helpful.

So how does the GoBe track calories? "Healbe FLOW technology uses three of GoBe 2’s six onboard sensors -- including an impedance sensor, an accelerometer and a Piezo sensor," according to the company. "The non-invasive impedance sensor sends high- and low-frequency signals through the skin to calculate the volume of water (which is bound to glucose) entering cells within the user’s body. These measurements are made continuously and track the movement of water, which is affected by the consumption of carbs and protein, to evaluate the nutritional intake and calculate fat and calories digested over 24-hour periods. The Piezo sensor measures blood flow and heart rate, while the accelerometer measures body movement and activity."

In an extensive 2014 takedown of Healbe, Pando's James Robinson spoke with several medical doctors, who were very dubious of Healbe's technology claims. One choice quote, from San Francisco-based physician Mark Savant, reads, “The product defies the laws of science as I understand them."

Related: 10 Simple Ways to Take Care of Yourself

What I can say is that, anecdotally, GoBe 2 does seem to track food intake and creates some interesting graphs, but it's not insightful enough to be the breakthrough product that the everyday person would strap on to monitor their caloric intake. A recent Stanford study found that wearable devices -- the GoBe was not part of the study -- were terrible at tracking calories. Technology still can't solve the nutrition problem that most people don't have a grasp of.

According to my data, there were spikes following when I ate, and it seemed to accurately track the amount of calories I consumed. The largest spikes occurred while I was asleep. This makes sense, as humans burn fewer calories in this state.

The GoBe 2 also tracks hydration level, but from the time I strapped it on, it nearly continuously told me my levels were low, no matter how much I drank. And I drink about 48 ounces of water every morning.

Of course, being a fitness device, the GoBe 2 counts steps taken. I have no doubts about its ability to accurately do this -- the pedometer on the smartwatch I wear on my right wrist (fashion be damned) had similar readings.

But calorie tracking is the main show here. When I first started wearing the Healbe, I'd look over the data daily. After a few weeks? I almost forgot about the app. I did check my calorie balance on the device itself, but the number wasn't really informative. Sometimes I'd have a negative balance, but would actually display a higher weight on the scale in the morning. Other times, the opposite was true. Of course, weight fluctuations go beyond calories. In my experience, however, there seldom were surprises when I stepped onto the scale -- if I had eaten well the day before, I would expect to maintain my weight or lose a little. If I had eaten poorly, I would know that number would likely go up. 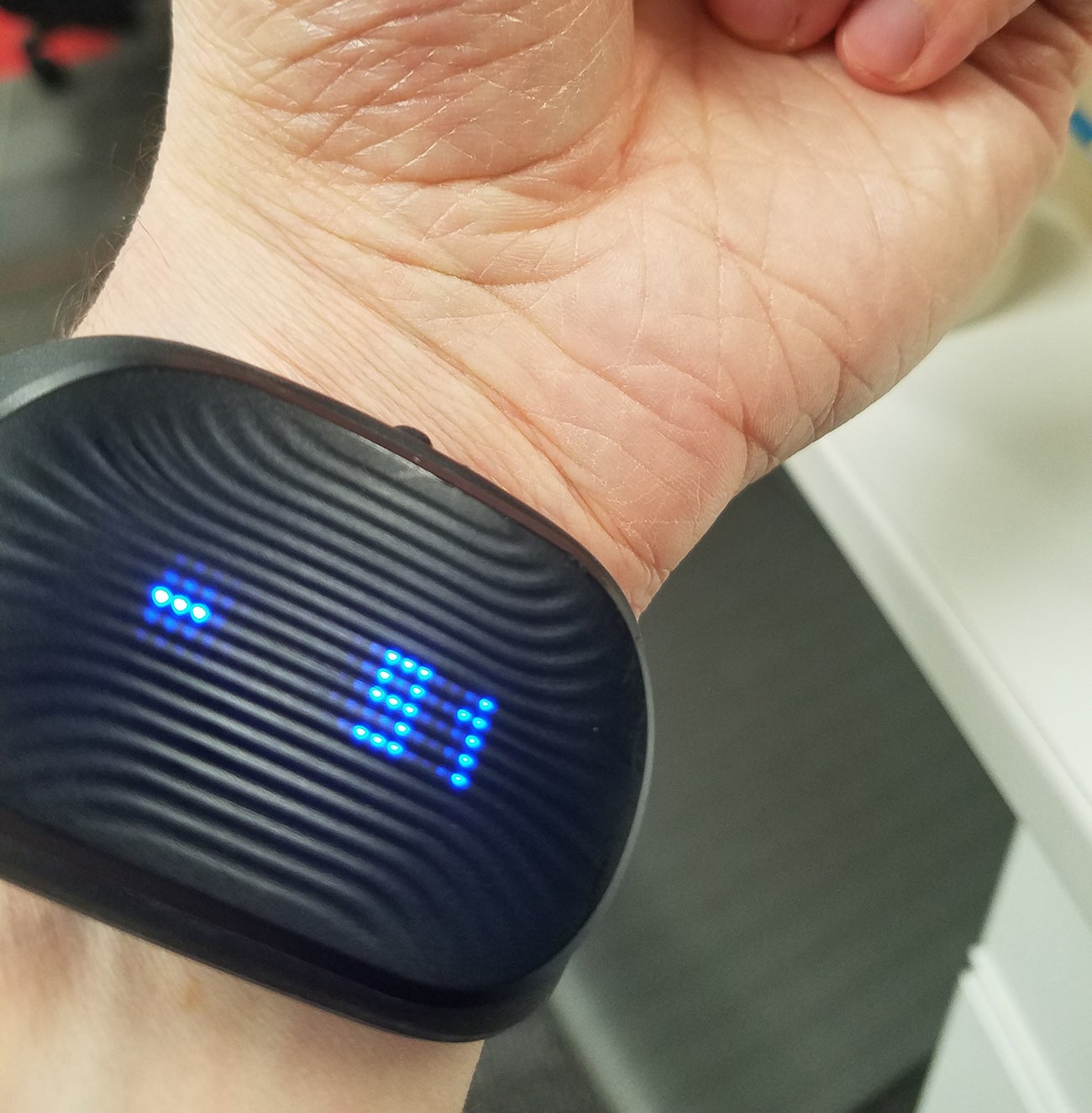 This all builds to a large question: How can we trust our devices to know and understand our bodies when we ourselves still don't? The concept of a calorie is engrossing: It's a simple tool used to figure out the energy value of foods. And the widely held concept is, calories in, calories out. But it's not that simple. Not all calories are equal. For example, 200 calories of fruit and vegetables is not the same as 200 calories of chips. Our bodies also break down food in different ways, and we all respond differently to exercise.

Related: Why Would We Expect Wearables to Get Calories Right When We Usually Don't?

That's why the allure of the GoBe 2 is so powerful. It's a device that aims to give us a greater understanding of our bodies. Unfortunately, I believe there's a long way to go until a device that helps us live healthier lives exists.

Shipitsyn told me that in the future, he'd like the GoBe to provide health recommendations based on individual data, such as what foods to avoid and when to exercise. That would go a long way toward making the device more valuable to its users. Perhaps that functionality could come via a software update, or with a possible GoBe 3 (third time's the charm, right?).

For now, I'd only recommend the Healbe GoBe 2 to data nerds looking for some insights into their bodies. For everyone else striving to be healthy, stick to a plant-based diet free of processed foods and utilize a device that's been around for hundreds of years: the scale.