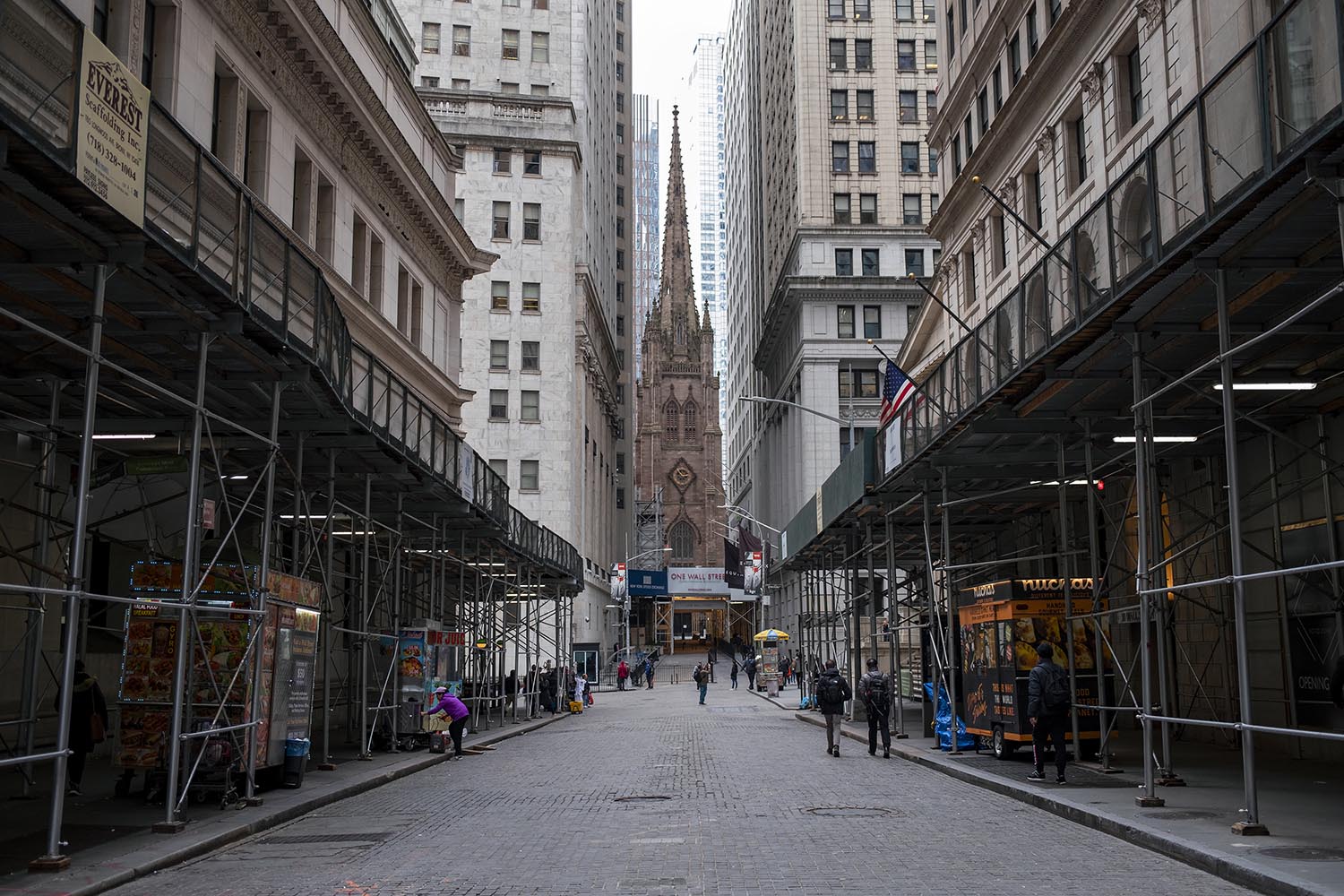 The Department of Homeland Security has been briefed that New York City’s morgues are nearing capacity, according to a department official and a second person familiar with the situation.

Officials were told that morgues in the city are expected to reach capacity next week, per the briefing. A third person familiar with the situation in New York said that some of the city’s hospital morgues hit capacity over the last seven days.

If the available morgue space in New York City fills up as the number of COVID-19 deaths increases, federal help will be available, a former senior administration official said, noting that the George W. Bush administration sent mortuary assistance in the wake of Hurricane Katrina and the September 11 attacks.

The Department of Health and Human Services oversees the Disaster Mortuary Operational Response Teams (DMORT), which can help set up temporary morgues. The teams operate in response to requests from local authorities.

For now, city officials do not seem especially alarmed. Aja Worthy-Davis, a spokesperson for the New York City Office of the Chief Medical Examiner (OCME), said concerns about morgue capacity may be unfounded. In Manhattan alone, she said, OCME’s morgue can store up to 900 bodies. The city has a morgue for each of the five boroughs, she said.

New York City has not dealt with mass casualties at the same rate as Covid-19 in recent memory, however.

“All hospitals within the city tend to have small morgue spaces, so it’s possible that with the capacity of hospitals in New York City, there may be an expectation … that they’ll run out of morgue space,” Worthy-Davis added.


In a 2008 plan for a pandemic influenza outbreak, OCME noted, “It is probable that funeral directors, cemeteries and crematoria may be unable to process remains at the same rate as the OCME, due to the large influx of deaths during a PI [pandemic influenza] outbreak.”

According to the plan, the office would respond to such a crisis by enhancing its medical transport teams.

The H1N1 virus, which is nowhere nearly as deadly as Covid-19, brought hospitals “to their knees,” said Dr. Conrad Fischer, a residency program director in internal medicine at Brookdale University Medical Center in Brooklyn.

An official with Bellevue Hospital said that a temporary morgue outside NYC Health + Hospitals/Bellevue in Manhattan has in recent days been stood up to help house the remains of COVID-19 victims. The New York Post first reported the news.

Another issue for responders will be handling significantly more burials and cremations than is typical. Federal assistance may be available to help with that potential challenge, and it would need to work in tandem with state and local officials.

More than 50,000 Americans have tested positive for Covid-19, the illness caused by the new coronavirus, and at least 800 have died from it, according to constantly updated numbers from Johns Hopkins University. New York has been particularly hard-hit, with more than 25,000 positive cases in the state and about 16,000 in the city alone, per city and state information.

Gov. Andrew Cuomo directed New York state residents on March 20 to stay at home, and has temporarily banned “all non-essential gatherings of individuals of any size for any reason,” per an announcement on a state government website.

A spokesperson for HHS did not immediately respond to requests for comment on whether New York officials had asked for assistance from the teams; neither did a spokesperson for New York Gov. Andrew Cuomo, the New York State Dept. of Health or New York City Mayor Bill de Blasio’s office.

Spokespersons for DHS headquarters also did not immediately respond to a request for comment.