Xiaomi’s Mi flagships have traditionally been among the most affordable flagships around, offering high-end internals, competitive cameras, and solid designs.

Xiaomi executive and Redmi general manager Lu Weibing has taken to Weibo to justify the Mi 10 series pricing though, listing a variety of reasons for the increased price. 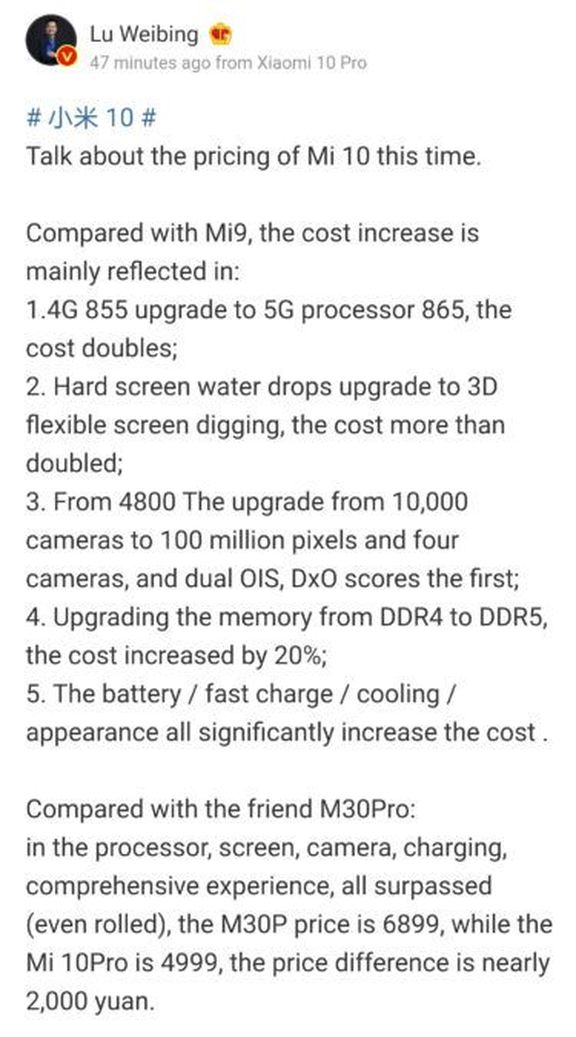 Another major reason for the price increase came from the switch to a dual curved 90Hz OLED screen with a punch-hole, with Weibing saying the cost more than doubled compared to the Mi 9’s screen. Furthermore, RAM saw a 20% cost increase on the Mi 10 series owing to the use of LPDDR5 memory instead of LPDDR4. 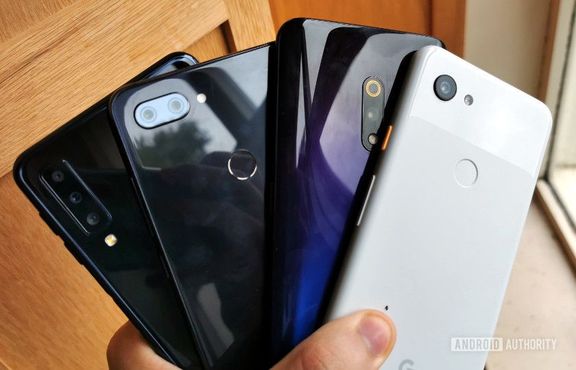 But the Redmi GM insists that Xiaomi’s new phones can go toe to toe with the likes of the Mate 30 Pro, saying they have better chips, faster charging (at least the Pro model has faster wired charging), higher resolution primary camera, and a better screen. To be fair, the Mate 30 Pro has a better ultra-wide camera on paper, water resistant design, and 3D face unlock. Still, it’s clear that Xiaomi is gunning for a more premium segment with its new flagships.

Xiaomi and Realme: A tale of a pot and kettle