We’ve heard of parents catching their children in unwanted places using family tracking apps, but in a bizarre twist, a Vermont-based man was traced to the location of a fire thanks to the family tracking app installed on his son’s phone.

Glenn “Chip” Hill, a 40-year-old Barre, Vermont resident, was nabbed for arson after the police tracked his exact whereabouts using the Life360 family tracking app, Forbes reported. The accused was already under suspicion after surveillance footage placed his car near the burnt-down Hard Rock Granite factory, his former workplace. However, the police needed more evidence to link him to the crime.

They found out that both Hill and his son had the Life360 family tracking app installed on their respective phones. The app allowed Hill to track his son and vice-versa.

Craftily, the cops convinced Hill’s son to give them access to the app. However, it was an unpaid version which didn’t allow them to extract the desired details.

You think police would have stopped there, but they didn’t. After speaking to Hill’s wife, they asked his son to upgrade to the $8 paid version of Life360. He did and they finally found what they were after.

The app gave up Hill’s exact location data for the past 30 days, placing him at the spot of the blaze just as the authorities suspected.

“Within a few seconds, the 30-day history of Glenn Hill’s and (his son’s) locations began to unfold,” read an excerpt of the warrant application obtained by Forbes.

To further embolden their case, the police also served a warrant to Life360, demanding data for the app’s chat feature. It included “all precision location coordinate information, movement activity, driver behavior monitoring and tracking, and specific times the cellphone was moving and stationary.” According to an executed warrant, Life360 complied with the police’s request for information.

Based on all the evidence, Hill was arrested and charged with arson in late January.

The takeaway here is that the person committing the crime was clearly unaware of the digital footprint he was leaving behind. Taking his phone along was obviously not the wisest decision. Even if he didn’t have the app, the police could have theoretically tracked his location though his phone’s network provider.

However, the fact that an app which has over 30 million active users just gave up its user’s location data is a bit worrying. We’ve previously seen tech majors like Apple and Google refuse data requests from authorities, citing user privacy concerns. 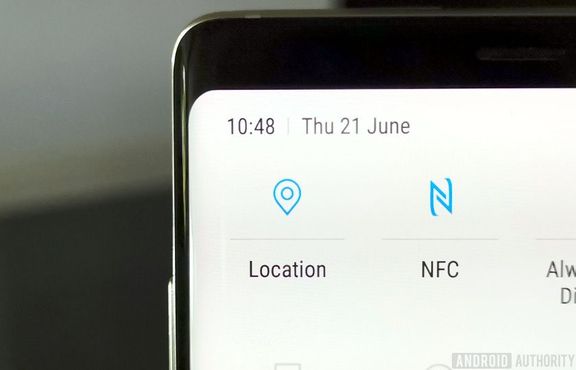 Smartphone location tracking is creepier than you thought

When you purchase a smartphone today, there's an implicit agreement of your privacy taking a backseat to the device's capabilities. Most of us are aware of this agreement, though The New York Times today published a …

Life360 apparently does not have any transparency report, meaning its users can never know what kind of data it shares with the authorities. Vague language in its privacy policy says that the company “may share de-identified location data with third parties that analyze location and movement trends.”

In a nutshell, you can never know how your location data is being used by apps. In this case, it resulted in someone being arrested, who, by the way, has pleaded not guilty.

Smartphone location tracking is creepier than you thought

Android 10 shows how many apps request my location at all times, and it’s crazy

Even with Location History off, Google will still track you (Update: New wording)