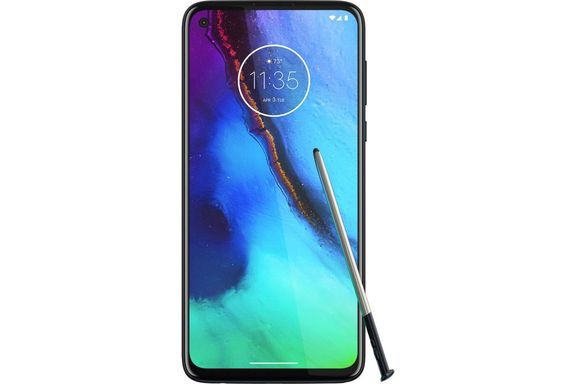 Motorola has tried to grab the attention with several smartphones. However, this time, with the recent leak by Evan Blass, it looks like we might have something more interesting.

On Twitter, Evan Blass shared a picture of Motorola’s Android phone with a stylus.

As you can see in the image above, it definitely looks cool. Now, the question is – will it be competing against the premium Galaxy Note series? We don’t know for sure.

It could end up being a budget alternative. But, we do not have enough details on it. The only thing shared by Evan in his tweet was this is Motorola’s first take on a smartphone with a stylus since Windows Mobile days.

He also added that it is not the rumored Edge+ flagship phone.

Except for the stylus, we know nothing about the phone so far. But, the image clearly shows a punch-hole camera cutout.

So, keeping that in mind – we can only be certain for a fact that this will be an Android 10 device with potentially any combination of hardware configuration (high-end or budget). We will keep an eye out for any official details on it to know more about it.

What do you think about it? Let us know in the comments.

Motorola’s Phone With A Stylus Could Be A Galaxy Note Rival , original content from Ubergizmo. Read our Copyrights and terms of use.
view UberGizmo
#galaxy
#note
#cellphones
#motorola
#samsung
#android
Popular

Donald Trump the Narcissist Is Running the Coronavirus Crisis