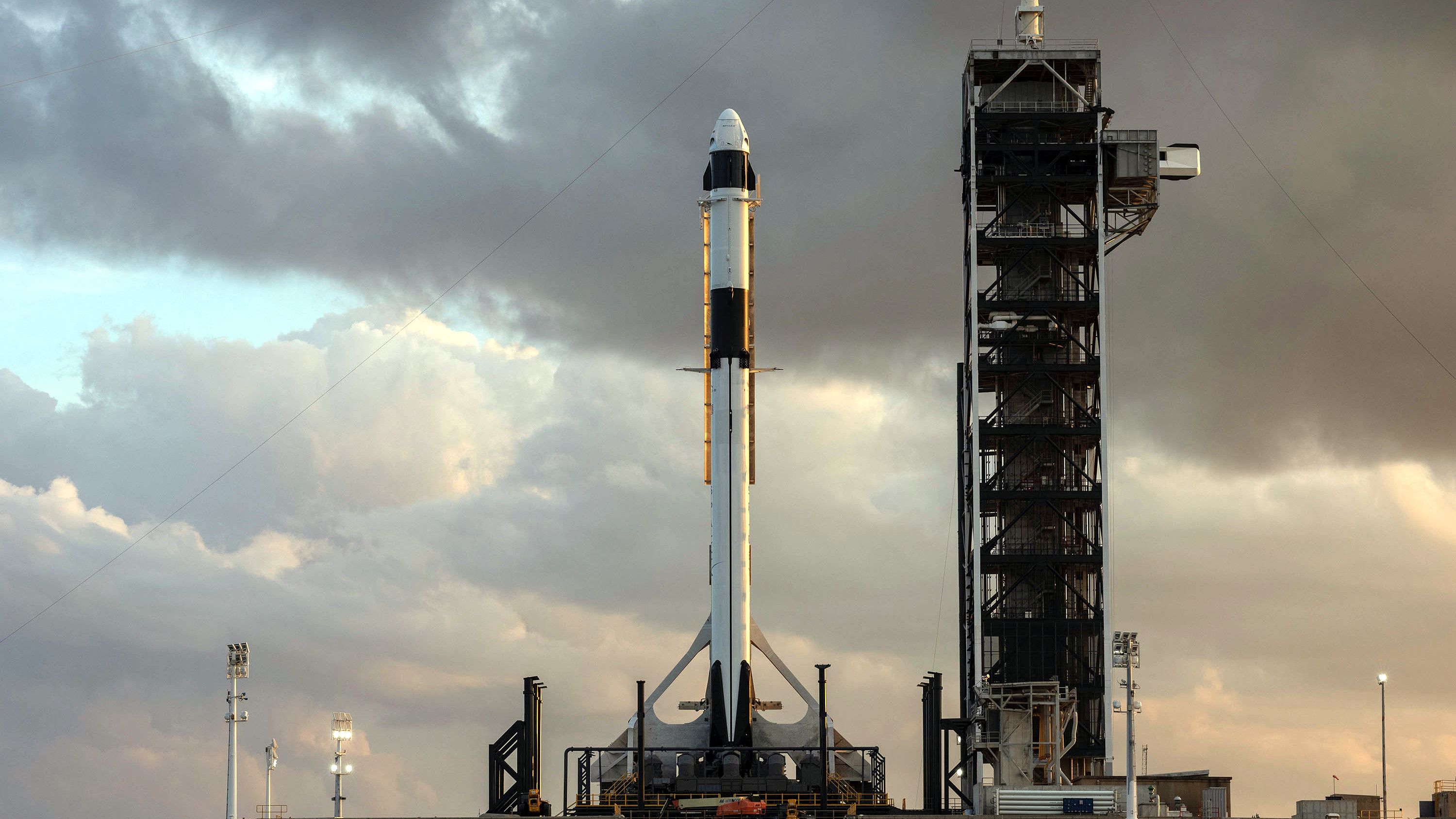 Before a car arrives on US highways, it undergoes a series of punishing crash tests to ensure it is safe enough to carry passengers.

Picture that, but with a spacecraft.

Early on Jan. 18, SpaceX will launch an uncrewed Dragon spacecraft, designed to carry astronauts to the International Space Station (ISS) on its Falcon 9 rocket. Rather than completing the trip, as the vehicles did in a dry run less than a year ago, the rocket’s progress will be intentionally aborted 1 minute and 30 seconds into the flight in order to test the Dragon’s emergency escape rockets.

If all goes according to plan, the Dragon will zip to safety, deploying its parachutes and descending into the Atlantic ocean. The reusable rocket booster, which has already flown to orbit three times, will be destroyed by the force involved with its abort maneuver at several times the speed of sound. And both NASA and SpaceX will have confidence that the vehicle can safely transport people, even in a worst-case scenario.

The experience of riding the Dragon in such a scenario will be akin to that of Russian cosmonaut Aleksey Ovchinin and US astronaut Nick Hague, who found themselves in a live-action 2018 abort on a Soyuz rocket launched from Kazakhstan. From Quartz’s story at the time:

Less than two minutes into their flight, at an altitude of about 50 km (31 miles) above the planet and moving several times the speed of sound, something went wrong as the first set of boosters separated from the vehicles. The video stream showed the passengers being shaken inside the cabin before it was cut.

Reid Wiseman, the deputy chief of NASA’s astronaut office, said the astronauts were alerted about one second in advance by a warning light that turned on inside the capsule. Then, an automatic system fired pyrotechnic bolts to cut the capsule free from the rocket, even as abort motors mounted on the capsule ignited to carry it away from the rest of the vehicle. It was the first time the launch escape system had been used since 1983.

SpaceX first demonstrated the engines used in the Dragon’s launch escape system during a ground or “pad” abort test in 2015:

The new Dragon, and its compatriot in the commercial crew program, Boeing’s Starliner, are designed to end a nine-year spell of US dependence on Russia to carry humans to the ISS. In December 2019, the Starliner safely reached orbit and returned to Earth, but due to an error, failed in its attempted rendezvous with the station. Engineers are now working to determine what happened and whether Boeing can safely proceed to a crewed flight test.

While a Dragon successfully docked at the ISS and returned to Earth in 2019, that capsule was destroyed when a propellant leak ignited during a ground test. Now, after redesigning the plumbing, the engines that will carry the Dragon capsule to safety are now ready to be tested in field conditions.

Weather conditions appear favorable for a launch, but SpaceX is also watching for excessive wind or waves that might interfere with recovery operations or scatter debris from the destroyed booster, which may lead them to delay the demonstration.

Both the Dragon and the Starliner are the products of a new approach to designing spacecraft for the US government, where NASA issues broad requirements and private firms develop and operate the vehicles on fixed-price contracts. SpaceX pioneered this framework for space business while developing an uncrewed cargo Dragon that regularly delivers supplies and equipment to the ISS, alongside another spacecraft operated by Northrop Grumman.

But the difficulties of designing a spacecraft that is safe for human passengers, along with funding cuts from Congress, have the designers nearly three years behind schedule. Even if all goes as planned during this abort test, it will be months before NASA engineers will be able to approve the Dragon for a crewed flight test, a process that involves careful examination of all the test data and documentation of the vehicle’s capabilities.