Booker drops out of presidential race 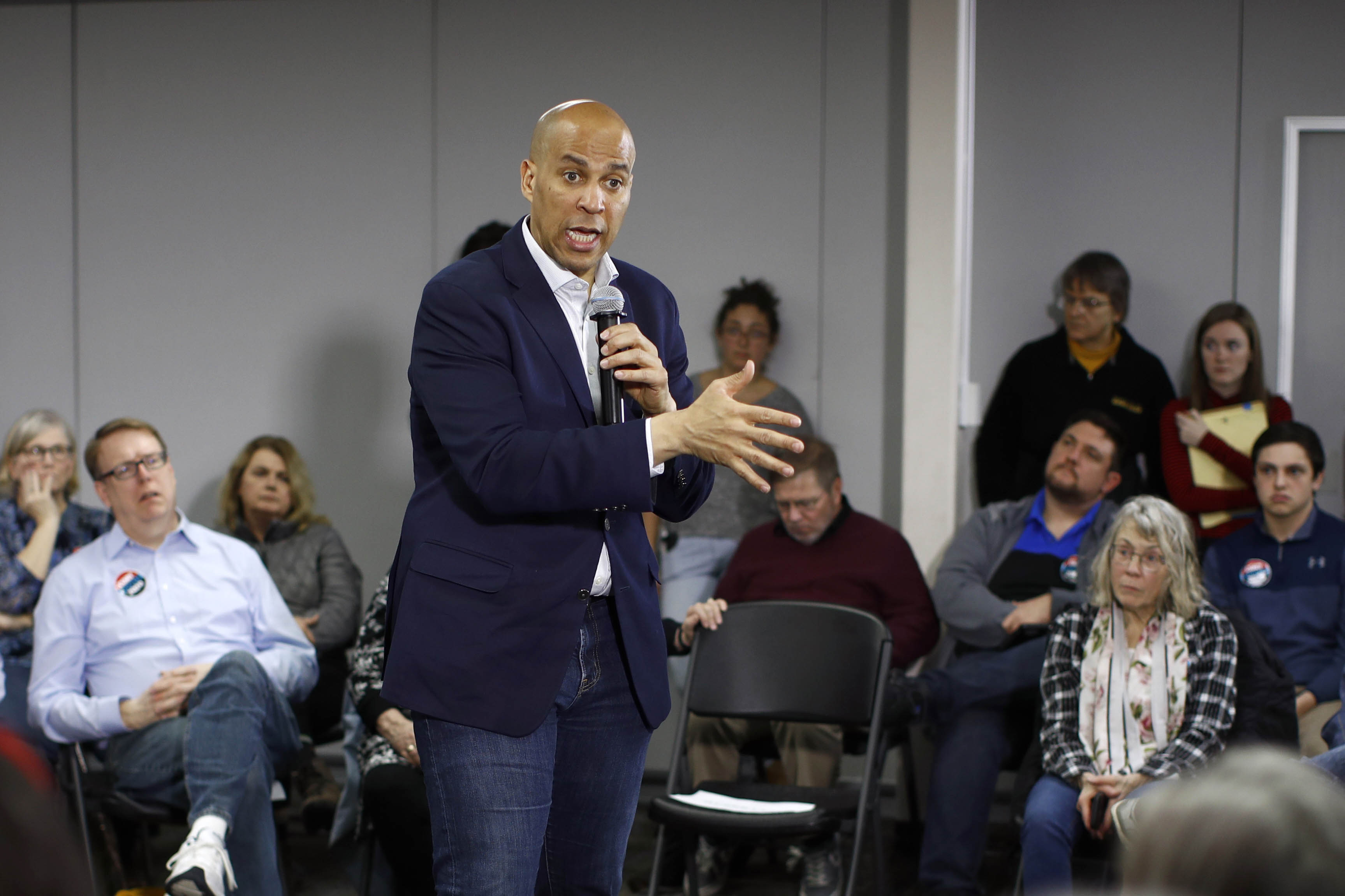 Cory Booker suspended his presidential campaign Monday, conceding that he no longer sees a path to victory due to a lack of financial resources.

“Friend, it’s with a full heart that I share this news — I’ve made the decision to suspend my campaign for president,” the New Jersey senator said in a Medium post and an email to supporters.

He will instead run for reelection to his Senate seat.

Booker’s exit from the 2020 race comes ahead of Tuesday’s debate in Iowa — he failed to meet the polling threshold in every approved survey to participate. It also comes near the beginning of President Donald Trump’s impeachment trial in the Senate, which would have taken him off the campaign trail in the crucial early states at a time when he was hoping to surge.

“It was a difficult decision to make, but I got in this race to win, and I’ve always said I wouldn’t continue if there was no longer a path to victory,” Booker said. “Our campaign has reached the point where we need more money to scale up and continue building a campaign that can win — money we don’t have, and money that is harder to raise because I won’t be on the next debate stage and because the urgent business of impeachment will rightly be keeping me in Washington.”

Booker launched his campaign on Feb. 1 — the first day of Black History Month — aiming to become the nation’s second black president. His message emphasized love and unity, and his campaign strategy prioritized organizing on the ground in the early states, particularly in Iowa and South Carolina.

But the New Jersey Democrat never caught on. Despite securing a significant number of endorsements across the early states, he was mired in the low single digits in public polling. His peak came in March, when he hit 5 percent in a national Monmouth poll.

With so many other well-known candidates in the race, fundraising was consistently an issue for Booker, whose campaign reported raising $6.6 million in the final three months of 2019 while the front-runners boasted sums of more than $20 million. Booker had also warned supporters in September that he would be forced to end his campaign unless it raised $1.7 million in 10 days, a gambit that proved successful at the time.

With Booker no longer running for president, only one black candidate remains: former Massachusetts Gov. Deval Patrick, who has struggled to gain traction after launching a bid in mid-November. California Sen. Kamala Harris, once a top-tier candidate herself, suspended her campaign ahead of last month’s debate, also citing money as an issue.

Trump mocked Booker’s departure shortly after it was announced.

“Really Big Breaking News (Kidding): Booker, who was in zero polling territory, just dropped out of the Democrat Presidential Primary Race,” the president tweeted. “Now I can rest easy tonight. I was sooo concerned that I would someday have to go head to head with him!”