Thanks to streaming, we may never reach the peak of “peak TV” 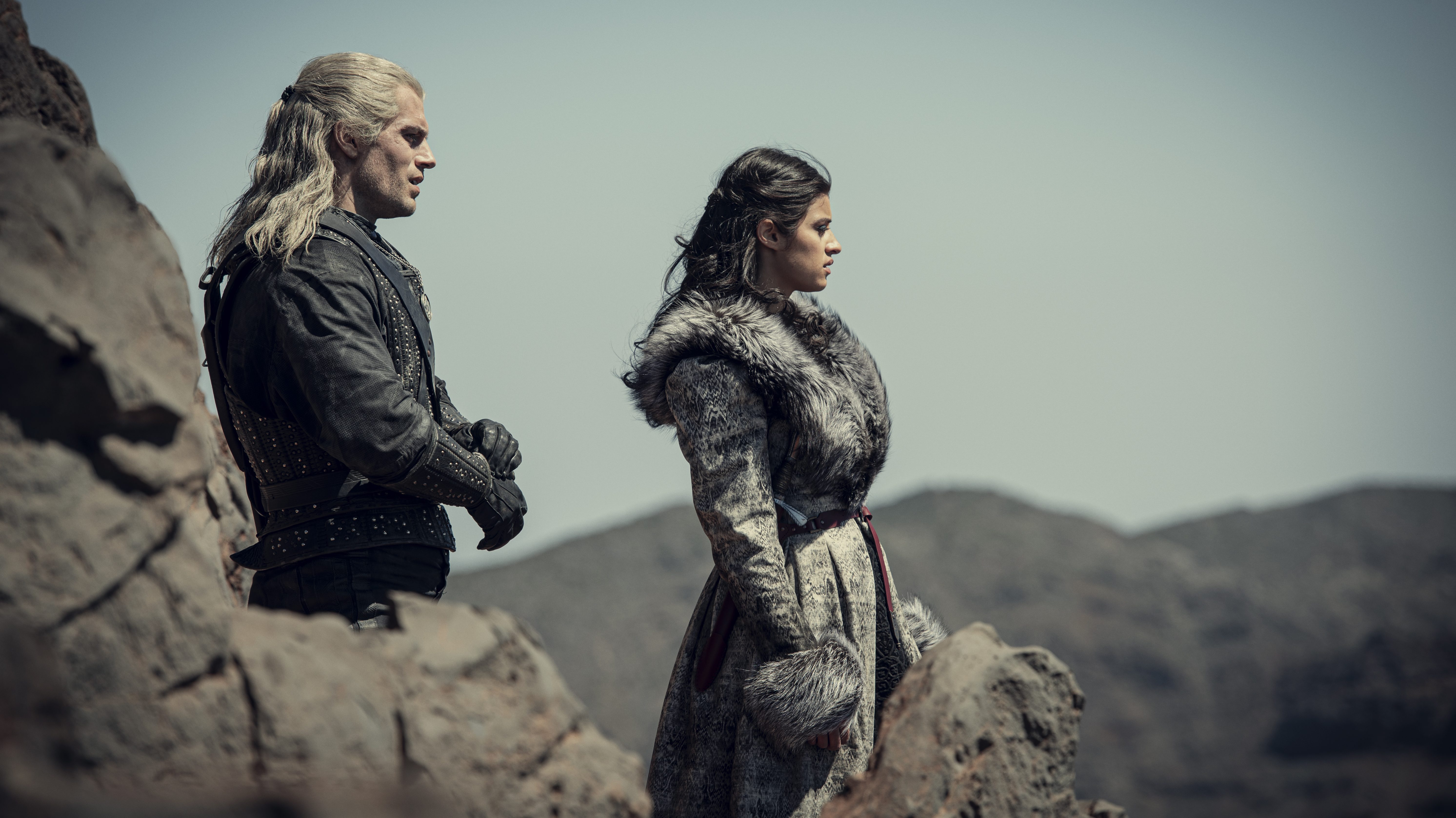 In 2015, John Landgraf, the CEO of FX Networks, coined the term “peak TV,” predicting that after a period of rapid growth, the number of original shows on television would soon decline.

It’s done the exact opposite.

Last year, there were a record 532 original scripted TV series in the US, up 7% from 2018, according to Landgraf’s research team at FX. Instead of a bubble on the verge of popping, the TV landscape has only inflated more and more each year—mostly due to streaming services like Netflix spending billions on content.

(The data do not include unscripted shows like reality TV, news programs, and documentaries—nor does it count kids’ shows.)

Landgraf, affectionately dubbed the “mayor of television” by TV critics, was quick to admit his forecast was premature. And now he’s adjusting the projection, calling for another record total this time next year as even more companies enter the streaming game. The “total will increase substantially this year, which to me is just bananas,” he told reporters yesterday at the Television Critics Association (TCA) winter press tour in Pasadena, California.

The growth has been driven almost entirely by streaming. As the number of broadcast (CBS, NBC, ABC, Fox) shows has remained relatively flat in recent years, streaming continues to explode, backed by seemingly endless content budgets.

Netflix alone spent $15 billion on content in 2019. Amazon and Apple each spent more than $6 billion. Hulu is believed to have spent around $2.5 billion on original TV series. 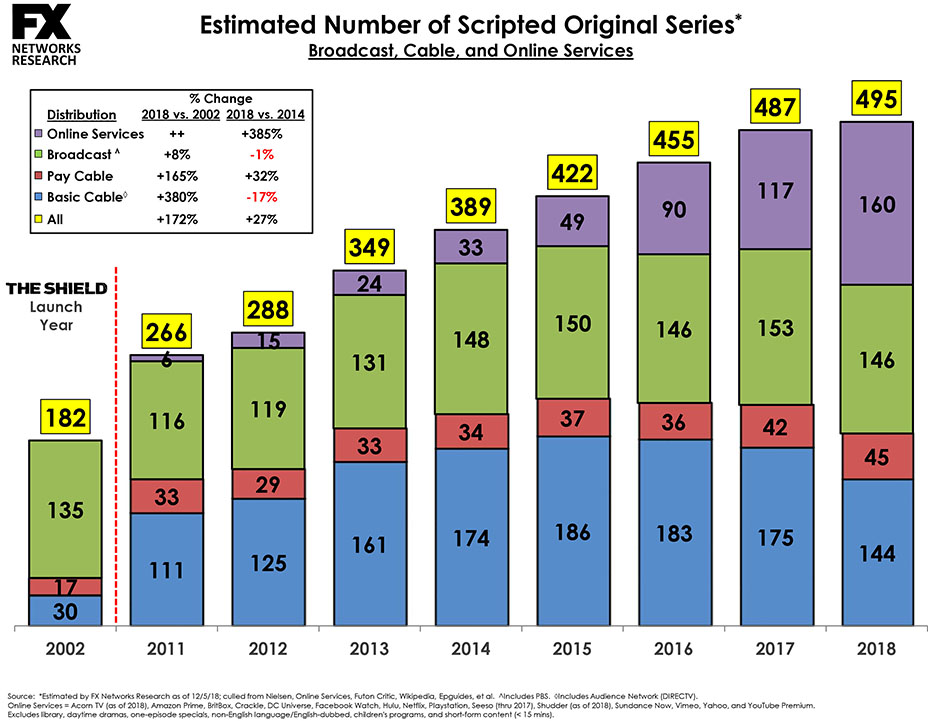 The number of basic cable shows has actually waned in recent years, as several networks like WGN America and Bravo have decided it has become too difficult—and expensive—to continue churning out original scripted content in an increasingly crowded market.

In some cases, streaming has swallowed up cable networks entirely. WarnerMedia announced this week that it was pulling the plug on its channel Audience Network, which will be incorporated into the company’s upcoming streaming service, HBO Max.

Even Landgraf’s own network, FX, is feeling the effects. It will debut some of its most highly anticipated new series, including the Alex Garland tech thriller, Devs, directly on Hulu, instead of on the FX TV channel. (As of last year, Disney owns both Hulu and FX.) FX is devoting a lot of resources to its “FX on Hulu” campaign, which is promoting the FX-branded content that will be available on Hulu starting in March.

“Without launching FX on Hulu, we wouldn’t be able to grow our brand and take enough quality swings to remain relevant to consumers in the streaming era,” Landgraf said during the FX panel at TCA.

It’s only going to be harder to remain relevant moving forward. This year, three more major streaming services will launch: NBCU’s Peacock, WarnerMedia’s HBO Max, and the experimental mobile platform Quibi. (It’s unclear if the original shows on Quibi, which will release content in bite-sized increments, will count toward the 2020 total that FX compiles.)

That’s in addition to the first full years of content from Disney+ and Apple TV+, which both launched in late 2019. And HBO, now under AT&T, will significantly increase the amount of content it produces in order to compete with the streaming services.

If 532 original scripted shows on TV last year seems like a gargantuan number, check back in 2021.