Quibi thinks it can change the way you watch TV 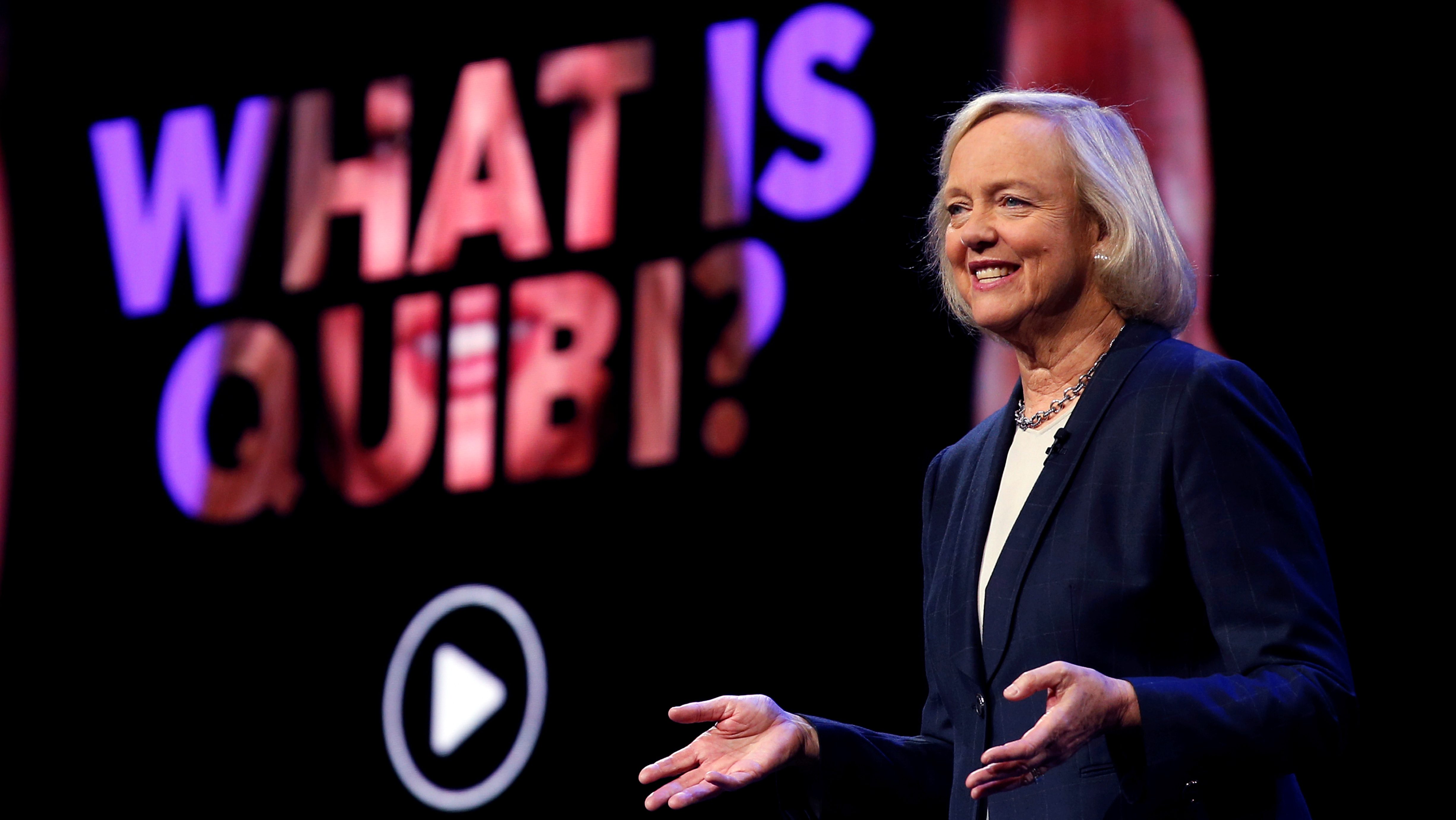 Meg Whitman and Jeffrey Katzenberg—respectively, the CEO and founder of the short-form mobile streaming service—unveiled their upcoming product at the Consumer Electronics Show in Las Vegas this week. Quibi will launch April 6 with around 50 original shows and lots more bite-sized video content for $5 a month (or $8 without ads).

Backed by more than $1 billion in funding from Hollywood conglomerates like Disney, NBCUniversal, and WarnerMedia, Quibi boasts a roster of stars, including Steven Spielberg, Chrissy Teigen, and Zac Efron. But the most intriguing aspect is its proprietary technology, which aims to fundamentally change how creators create and consumers consume entertainment.

Quibi’s pitch to the world, summed up by Adam Rogers in this Wired feature, is, essentially, “TV, but on phones! You know—for kids?” Most content will be released in 5- to 10-minute increments, geared generally toward 18- to 34-year-olds, who already spend more time on their phones than any other demographic. Two-hour films will be broken down into acts (what Quibi calls “Movies Told in Chapters”). Other content includes reality TV, unscripted documentaries, and news programs—all released in quick, mobile-only bites.

It’s not exactly a revolutionary concept, but it’s one with a huge potential market. Last year, American adults (18 and older) used their phones more than they watched TV for the first time ever, according to eMarketer:

Mobile video is dominated by free content on platforms like Snapchat, Instagram, and Tik Tok. But Whitman, the former CEO of Hewlett Packard and eBay, and Katzenberg, former chairman of Disney’s film studio, are wagering phone users will be willing to shell out a few bucks a month for additional content if it’s high quality and more interactive than what they’re used to.

A new kind of storytelling

“Turnstyle,” the company’s patent-pending video technology, will empower users to seamlessly transition from landscape to portrait mode with no buffering. In many cases, that transition will literally change the camera’s perspective. For instance, on one upcoming Quibi original series, landscape mode presents the action with a traditional cinematic view. But when viewers tilt their phones to portrait, the show switches to the perspective of the character looking at her phone, as if it were the viewers’ own:

Beyond adding an element of immersion for the viewer, the technology is already changing the way storytellers think about structuring and filming their stories.

“We really did have to rethink our approach to production and find a very unique set of best practices for shooting from both the phone’s perspective and the cinema camera’s perspective,” Zach Wechter, director on the Quibi series Wireless, told the Hollywood Reporter. In some cases, directors are shooting scenes twice. Writers are concocting scenes with that in mind. While not a mandate, Quibi executives encourage its storytellers to experiment.

“It was a bit of a fun challenge,” Catherine Hardwicke, who directed the series Don’t Look Deeper, told the Hollywood Reporter. “It’s a new way to think, like, how can it look good and beautiful and captivating in both formats.” Training Day director Antoine Fuqua told The Verge that Quibi constituted “a new language of cinema.”

Hollywood creators might be responding to it, but no one has any idea if consumers will do the same. Quibi gives viewers a level of control they’ve never had before, in some cases forcing them into an intimate role as co-storytellers. Instead of deciding what happens next in the plot, as users did in the Netflix interactive film Black Mirror: Bandersnatch, Quibi watchers will get to choose how the content is presented to them.

But will they pay for it?

Some market researchers are skeptical the targeted demographic will pay for the service, even if it’s a step up from what they’re used to watching on YouTube—unless it can quickly prove that its content can be as indispensable as Netflix shows. That’s where Quibi’s huge roster of talent comes in, from Guillermo del Toro to Jennifer Lopez. Series on Quibi cost as much as $125,000 per minute ($7.5 million an hour) to produce, roughly in line with what it costs to make a prestige cable TV drama.

Quibi is also taking the unusual step of giving its creators the rights to the content. After seven years on the platform, creators can take their creations elsewhere if they see fit. Most content on TV is owned by the networks or streaming services that distribute them.

The company is in a somewhat similar position as Apple, which is also the new owner of a streaming service, Apple TV+. Like Apple, Quibi will not have a library of licensed content to entice viewers. It is relying entirely on its original stuff. Both services are also making mobile a big part of the experience (Apple is giving a free year of Apple TV+ to anyone who buys a new iPhone).

But very much unlike Apple, Quibi has absolutely no name recognition. It sounds more like a character on the children’s series Teletubbies than it does a streaming service with hopes of upending the industry. Who knows—a few years from now, perhaps we’ll all be Quibites.