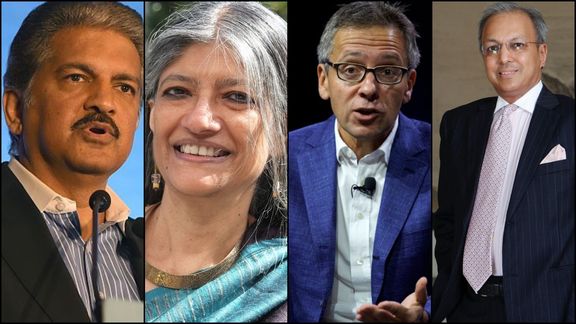 A sense of hurt and betrayal pervades over the chaotic scenes that emerged from inside what is meant to be a safe space for students, and right under the nose of the Delhi police. Some believe this is only a symptom of the tear in India’s socio-political fabric.

Gaurav Dalmia, chairman at Dalmia Group Holdings, for instance, is concerned about “strong ideological views” that are crystallising and making way for fissures. “All ideological views have a basis of truth. However, history shows that strong ideological views tend to become irrational if unchecked and can lead to degeneration. We have to collectively ensure that India is not going down that sort of a slippery slope,” he wrote on the Quartz app.

A range of such views were also expressed by Quartz’s other Pros, leaders from the field of business, economics, venture capital, and media. India, they said, must safeguard its students instead of targeting them.

This is what other Pros had to say.

A call for unity

Anand Mahindra, chairman of the Mahindra Group, said that armed lawlessness cannot be condoned, whatever may be the ideology.

Others felt kindness was key and must be restored. “When I heard about the violence on JNU campus, I decided to open my office to any student/stakeholder affected by it. I believe it is time for each of us to come forward and do our bit to make India kind again,” said Utkarsh Amitabh, founder of Network Capital, a peer mentoring community with more than 50,000 peer mentors from 104 countries.

And yet, kindness may be a distant goal, as Dalmia found out at a recent party. He asked a few Delhi urban elites who India is more responsible for—the Hindus in Pakistan or Muslims in India. Several people were unsure. “This, right or wrong, reflects the mood of the nation. This is the root issue we need to address if we want ‘unity,'” he said.

Language matters, and according to Jayati Ghosh, development economist and a professor at JNU, it is imperative to call a spade a spade. “Please do not see this as a clash between two groups of student. It was a targeted and planned attack with the complicity of the JNU administration and some faculty members who were helping to organise the goons brought in from outside, with the open complicity of JNU security and the Delhi Police,” she said.

Ghosh was on campus on Jan. 5 when the attack happened and said she witnessed the goons making preparations an hour before they struck.

Armed goons, allegedly affiliated to the Akhil Bharatiya Vidyarthi Parishad, a student arm of the right-wing Rashtriya Swayamsevak Sangh, attacked students with the complicity of the police. This came only days after the violence at Jamia Millia Islamia in Delhi—here the police themselves were the perpetrators—and Aligarh Muslim University in Uttar Pradesh in the wake of anti-Citizenship Amendment Act protests.

Ghosh also believes that this is a result of the larger message being sent out: “This is state-sponsored terror on an educational institution of repute, a week after the home minister’s speech calling for the ‘anti-nationals’ behind the public protests to be taught a lesson.”

Those watching India’s political upheaval from a distance believe it projects a perception that the Indian government has its priorities in the wrong place. “Modi should be spending his second-term focused on economic reforms, like he did the first time around,” said Ian Bremmer, president at Eurasia Group and GZERO Media. “Instead, he’s resorting to Hindu nationalism, and much of India has followed suit; scenes like these are the result. It got Modi re-elected. But India’s heading in the wrong direction.”

And that direction, according to Nikhil Pahwa, founder & editor of MediaNama, points towards a perfect storm. “The US-Iran situation and rising oil prices, labour strikes, crumbling economy that has been in the doldrums since Modi’s disastrous demonetisation and flawed GST rollouts, and then this divisive and discriminatory policies CAA+NRC,” he said. “Why would Modi stoke the fire and set off more student protests in this situation? This reminds me of Game of Thrones: ‘chaos is a ladder.’ Who benefits and how?”