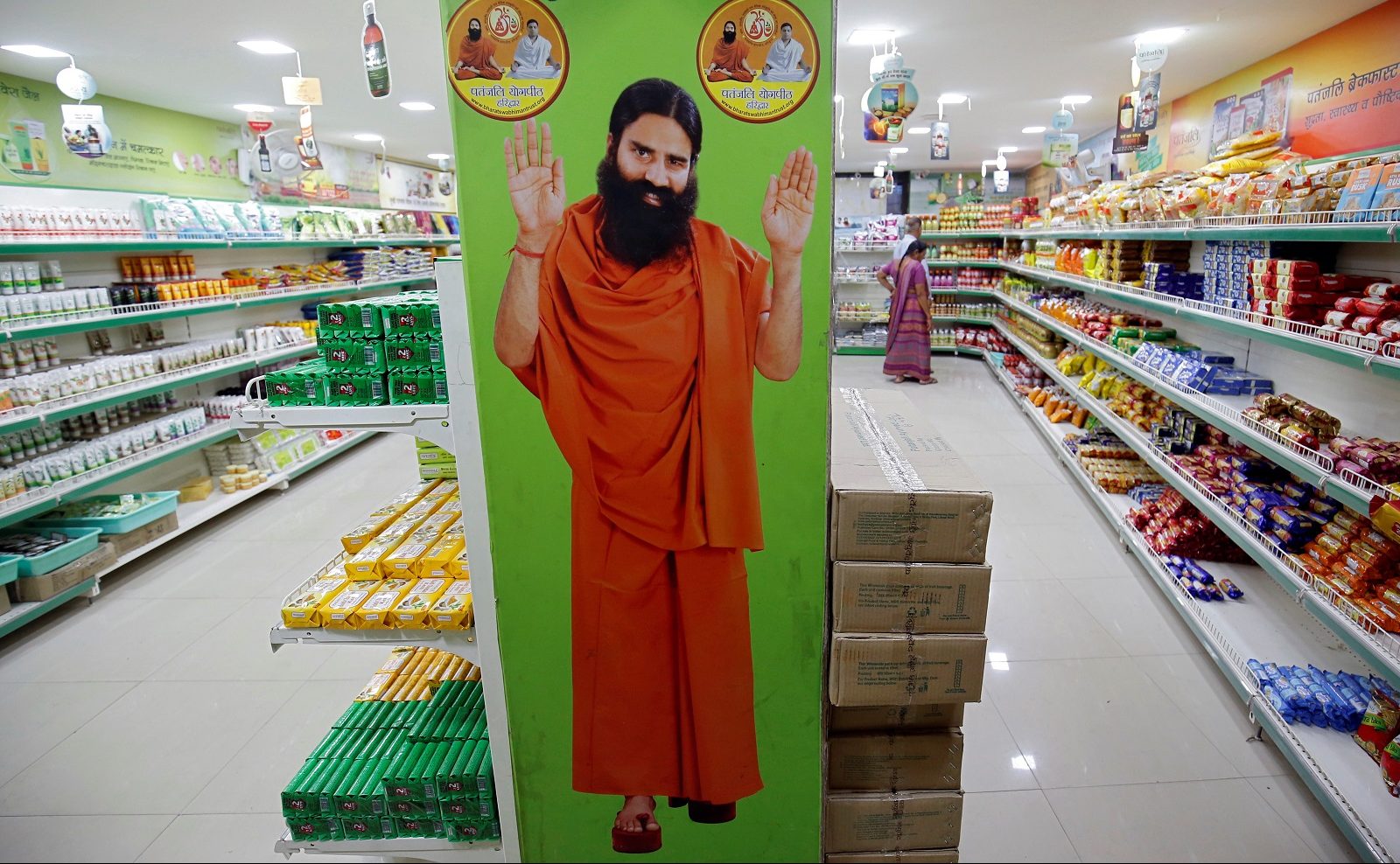 The yoga guru Ramdev-owned firm posted revenue worth Rs3,562 crore ($535 million) between April and September 2019-20, its highest ever in the first half of any financial year.

“This is the figure for Patanjali Ayurved and does not indicate figures for all the business,” company spokesperson S K Tijarawala told news agency Press Trust of India last month. “The firm has achieved the highest ever H1 figure in its history,” he said highlighting the turnaround.

Debuting in 2009, Patanjali Ayurved disrupted the FMCG industry with its ardent ayurveda and swadeshi (homegrown) pitch.

It has flooded the market with toothpaste, hair oils, ghee (clarified butter), biscuits, flour, pulses, and more. Cashing in on Ramdev’s popularity, Patanjali hit the Rs100 billion revenue mark by 2017, becoming the first-ever FMCG brand to reach this figure within a decade of its launch.

“Patanjali Ayurved is credited with introducing the flavour of ayurveda to Indian consumers. Other firms which have been around for decades, be it Dabur or Himalaya, had struggled to do so,” said N Chandramouli, CEO of Trust Research Advisory, a Mumbai-based market-intelligence firm.

Patanjali Ayurved, however, could not sustain its success, tripped by reckless expansion and diversification, quality issues, and resurgent rivals. They expanded too fast without consolidation and entered far too many categories.

“They expanded too fast without consolidation and entered far too many categories (such as SIM cards and solar panels) instead of growing their core brands,” said Amit Adarkar, India CEO of Paris-based market research firm Ipsos. “Quick expansion also led to quality issues with products eroding consumer trust in Patanjali brand. With over 2,500 products, the company sub-contracted production to third party suppliers, which made it difficult for it to keep tabs on quality standards.”

Competition, too, hurt. Rivals like Hindustan Unilever (HUL) and Dabur struck back hard with their own portfolio of ayurveda products. “Rivals were quick to put their decades of experience in coming up with superior product offerings,” said Vineet Trakroo, CEO of Evolution Strategy Advisors, a Gurugram-based marketing consultancy firm.

Patanjali Ayurved also took a big hit with demonetisation in 2016-17. In 2017-18, the firm said that the drastic government move had “affected consumers’ spending habits.”

“Every FMCG player suffered because of demonetisation and GST rollout. However, Patanjali Ayurved being the youngest and inexperienced player took the maximum hit,” Chandramouli of Trust Research. “Rivals like Dabur and HUL have a strong legacy and decades of experience in the FMCG sector. They have gone through turmoil in the past and have the knowledge and resources to withstand disruptions. Patanjali had no such advantage.”

Next, it failed to manage its distribution system effectively following the rollout of goods and services tax in 2017. It affected the “costing and pricing of inputs and products,” the company said.

Patanjali Ayurved’s struggles reflected in numbers. In the financial year 2018, far from doubling its revenue as it had envisaged, the company struggled to hit the previous revenue mark of Rs10,000 crore—it closed the year with Rs8,100 crore.

However, things are looking up now.

The firm continues to consolidate its operations and streamline its distribution network, experts say.

“Patanjali Ayurved has been focusing on growing its existing big brands rather than announcing multiple launches. This single-minded focus has helped the company make gains by having better control over product quality,” said Chandramouli.

It has also been working on its distribution network. “Patanjali Ayurved is now moving away from company-branded stores to mom & pop stores. This transition takes time but will eventually help it reach more customers,” according to Trakroo.

Patanjali Ayurved’s strong comeback in the FMCG sector affirms its continued hold on its loyal consumer base. In order to move ahead, all it needs to do is stay focused and avoid repeating past mistakes, experts say. Ayurveda is its core strength. It needs to stay true to that proposition and drop businesses that are a drain on its finances.

“Patanjali Ayurved needs to stick to its core,” said Chandramouli. “Ayurveda, that is natural products, is its core strength. It needs to stay true to that proposition and drop businesses that are a drain on its finances. The company needs to conserve its resources and energy and work towards getting its bottom line on track.”

For example, Chandramouli does not see merit in an ayurveda company getting into the oil business by acquiring Ruchi Soya. “Oil is a high volume low margin business. At a time when Patanjali is bouncing back, there is no point in it stretching itself thin by making a fresh capital investment.”

Also, it must further expand its distribution network to build on its recent gains, suggest experts.

Once the company closes its distribution gaps, it can scale-up quickly. “There are many categories especially in commodities such as spices and pulses, where Patanjali Ayurved can make a difference and gain acceptance provided it further streamlines its supply chain from sourcing to last-mile delivery,” said Trakroo.

The homegrown FMCG company can also hope to win over customers through smart pricing.

“Patanjali Ayurved’s products are priced 15% to 20% lower than competitors. Some of their products are good and popular with buyers. Once they fix quality issues, the company will have an advantage in pushing across its lower-priced products,” said Chandramouli.

With Patanjali Ayurved back to its winning ways, the fight for supremacy in India’s FMCG sector is only going to get harder from here.