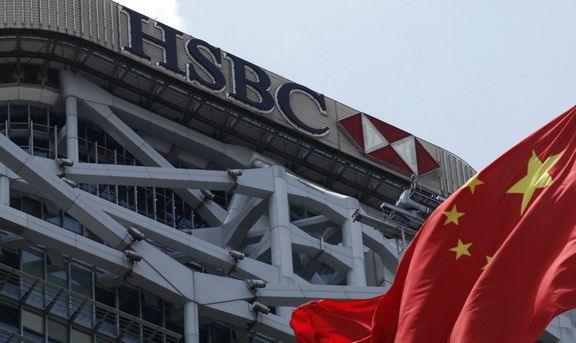 HSBC’s Swiss branch became the fourth bank in recent years to settle with the US Justice Department over allegations it concealed vast amounts of American clients’ money in Switzerland, agreeing this week to pay $192 million to end a decade-long saga.

The bank admitted that between 2000 and 2010, it committed tax evasion, defrauded the United States, and filed false federal tax returns. As well as relying on Swiss bank secrecy to hide the untaxed cash from the Internal Revenue Service (IRS), HSBC concealed the money using tactics like code-named and numbered accounts and maintaining accounts in tax havens like Panama, the British Virgin Islands, and Liechtenstein, according to the Justice Department. At its peak the bank held about $1.26 billion in undeclared assets for its US-based clients.

The settlement marks something of an end to the era of Swiss banks enabling large-scale tax dodging for US citizens. The Justice Department has extracted hefty settlements from Swiss banks, including $780 million from UBS in 2009, $2.6 billion from Credit Suisse in 2014, and, $547 million from Julius Baier in 2016.

Somewhat ironically, the United States’ own tax haven states have risen up to take Switzerland’s place. Wyoming, Delaware, and Nevada allow extraordinary levels of secrecy for those looking to hide money through shell companies, and do almost nothing to ensure their cash is legitimate.

So while the Justice Department aggressively pursues some of those who hide American cash abroad, insiders suggest it does little to go after those hiding foreign cash in the United States. In 2015, a managing director at Rothschild wrote in a draft presentation that the United States had become “effectively the biggest tax haven in the world” and has “little appetite” to enforce the tax laws of the countries this cash first came from, according to a 2016 Bloomberg article.

Unlike Switzerland, the US has also refused to sign up to information-sharing agreements with other countries aimed at stopping tax evasion. It only gives that data to certain allies. Sometimes there are good reasons for not sharing such data with nasty regimes, but it also stops poor countries from gaining crucial knowledge about the money being stolen from their economies, and incentivizes criminals from those countries to put money in the United States.

“How ironic—no, how perverse—that the USA, which has been so sanctimonious in its condemnation of Swiss banks, has become the banking secrecy jurisdiction du jour,” a lawyer at a Zurich law firm wrote at the time. “That ‘giant sucking sound’ you hear? It is the sound of money rushing to the USA.”