Jeff Bezos’ rocket-maker aims for its third launch in 2019 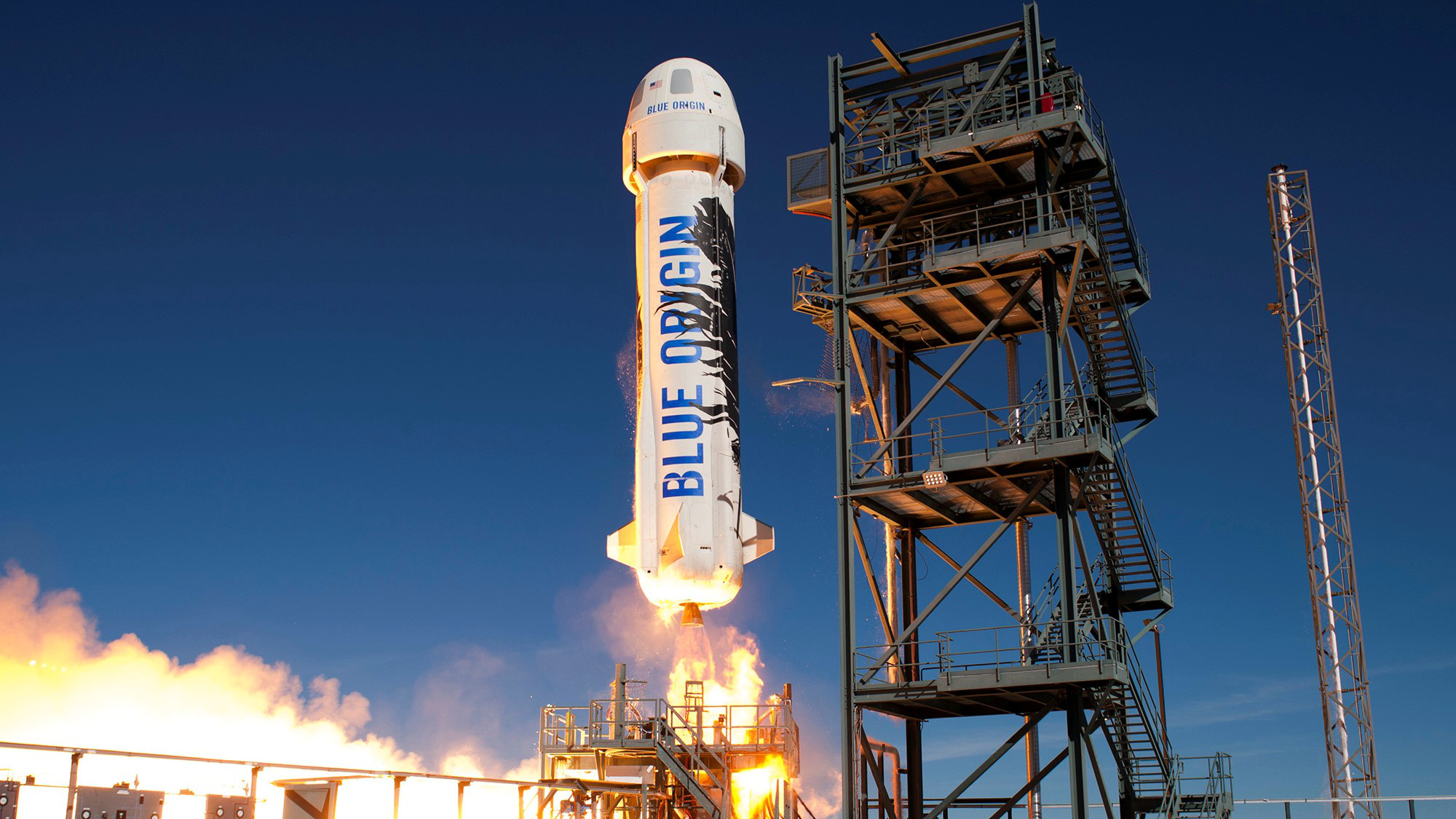 Blue Origin, the space company founded by Jeff Bezos, plans to launch its third suborbital rocket mission from its Texas spaceport on Dec. 11.

This reusable New Shepard rocket is expected to fly just past the edge of space—about 66 miles up—for the sixth time in its career, carrying a cargo of scientific experiments and publicity stunts. Poor weather delayed a planned launch on Dec. 10, but you can track the second attempt on the company’s live video feed.

This marks the 12th flight of the New Shepard design since its debut in 2015. The company has said it will fly humans onboard the vehicle in 2019 once its safety has been fully proven, but there are no indications that will take place during this launch. Beyond developing technology for other spacecraft under development at Blue Origin, like its New Glenn rocket or lunar lander, the New Shepard is expected to generate revenue by flying wealthy tourists to the edge of space to look down on the Earth and experience free-fall.

Blue faces growing competition in its two ventures. Virgin Galactic’s SpaceShipTwo vehicle design has already flown humans to the edge of space, and is entering the home stretch toward regular operations now that it is a publicly traded company. When it comes to orbital flight to launch satellites or explore the solar system, Blue Origin remains far behind Elon Musk’s SpaceX, which has flown its more complex rockets to orbit 12 times this year alone.

In the meantime, Blue has sold cargo space onboard its New Shepard test flights to researchers. This flight will include a NASA project called OSCAR that is designed to turn waste in space into useful elements like methane gas and water, an application that could also be useful in addressing the world’s terrestrial trash problem.

This mission will also include an experiment focused on the science of wine-making from the company Space Cargo Unlimited, whose research program also includes a dozen bottles of fine wine now aging on the International Space Station (ISS). This flight will include a mechanism to study the affect microgravity has on grape vines. In 2020, Space Cargo Unlimited will send vines to the ISS to study how they respond to the stress of spaceflight.

It’s an early example of the vision that Bezos says drove him to invest in spaceflight—he hopes to build the transportation infrastructure that space entrepreneurs can create a business around. “They view themselves as a platform for orbit to flourish upon,” Nicolas Gaume, Space Cargo Unlimited’s CEO, told Quartz.

That’s not the only Amazon connection for the company, which recently tapped German academic Michael Lieber as its chief science officer and unveiled a scientific advisory board: One of the new advisers is Ron Gagliardo, the botanist who designed the infamous terrarium-like “spheres” at Amazon’s Seattle headquarters.

This story has been updated with the new timing of the launch.