Even after a 40% hike, India has the cheapest data rates in the world—and that’s a problem 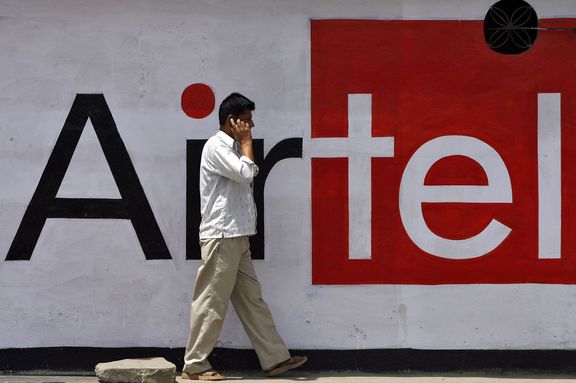 After three years of unbridled competition, India’s warring telcos announced a truce to their tariff wars earlier this month. However, can price hikes alone shore up the financials of the battle-scarred telcos?

Incumbents Bharti Airtel and Vodafone Idea, along with Reliance Jio, have increased tariffs by around 40% for prepaid customers, who constitute over 80% of their combined user base. Yet, even after the hike, data rates in the country are only a fraction of what they were in 2016, when Jio announced data plans at rock-bottom prices, bundled with free voice calls.

The average cost of 1 gigabyte (GB) of data is now projected to rise to Rs11 ($0.16) from the existing Rs7.7. This is still far short of the 2016 rates of Rs225 per GB or Rs333 in 2010, show data from industry body Cellular Operators Association of India (COAI) and sector regulator Telecom Regulatory Authority of India (TRAI).

India’s reputation for providing one of the lowest data rates in the world, too, remains unscathed after the latest revision.

The cheap tariffs, though, have come at the cost of the deteriorating balance sheets of the incumbent telcos.

In July-September, Vodafone Idea and Airtel posted their biggest quarterly losses ever at Rs50,921 crore and Rs23,045 crore, respectively.

Now, after the latest tariff hike, telcos estimate a 40% increase in the industry’s ARPU to Rs112, which is still lower than levels seen in 2016. And even this is not a given.

The ARPU impact will depend on “data elasticity”—that is, whether users will accept the higher prices—say analysts at the research firm Jefferies. “Over the top streaming service providers (Netflix and Hotstar, for instance) indicate that consumers rarely top up data packs to continue watching shows. We estimate the overall ARPU increase would be 18% for Vodafone Idea, 23% for Airtel and 28% for Jio,” the research said in a note on Dec. 4.

A recent report by Kotak Institutional Equities estimated that Vodafone Idea would require an 83% jump in ARPU to meet its obligations including spectrum dues to the government.

Not by hikes alone

On Nov. 20, the Narendra Modi government announced a two-year moratorium on pending spectrum charges for the stressed sector. This, too, may fall short of ringing in a sustained recovery as there are other policy issues to be resolved.

Trai is yet to decide on interconnect usage charges (IUC), which is paid by one operator to its rival when its customer connects a call on the latter’s network. Currently, IUC is 6 paisa per minute.

Airtel and Vodafone Idea want the current IUC structure to continue while Reliance Jio wants Trai to do away with the charge all together.

Then, there’s the question of fixing a floor price for data tariffs, which COAI has taken up with Trai.

“If we are not getting anything (from the authorities), then I think it is the end of story for Vodafone Idea,” said the telco’s chairman Kumar Mangalam Birla on Dec. 6. “It does not make sense to put good money after bad… we will shut shop…the big elephant in the room is AGR (adjusted gross revenues).”

Birla was referring to an Oct. 24 supreme court order asking operators to pay tax on their non-core revenues (or AGR) over and above the spectrum usage charges and licence fees. Airtel and Vodafone Idea are facing a combined liability of Rs82,000 crore following the supreme court ruling. The government, has so far refused any relief from the obligations.

With the AGR liability looming large, Airtel has been raising funds to meet its capital expenditure requirements. On Dec. 4, the telco’s board approved a plan to raise around Rs21,500 crore through a mix of debt and equity.

The survival of the incumbent telcos clearly hinges on government and regulatory support, more than mere tariff hikes.