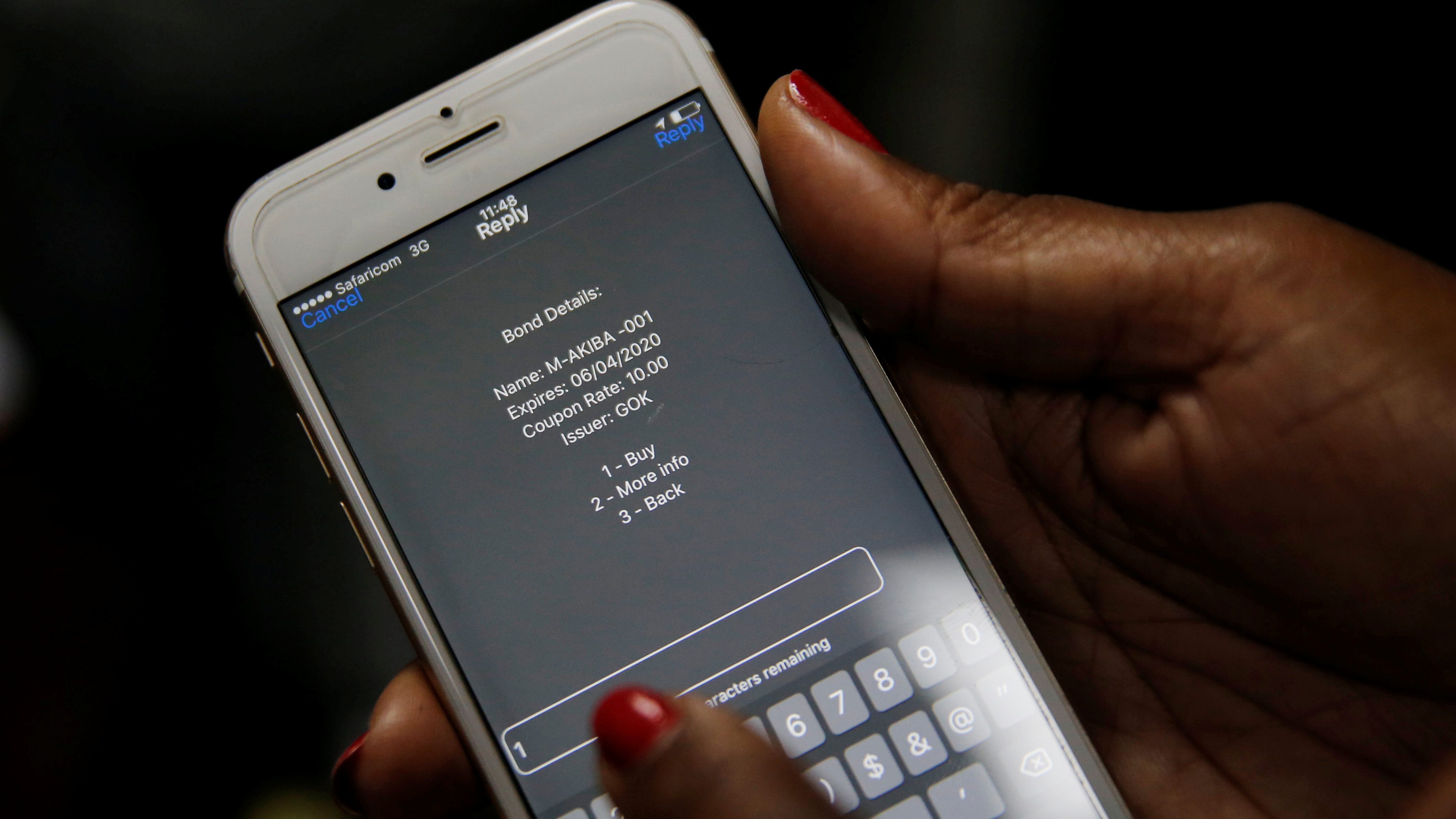 If you look at the numbers alone, you’d be logical to think the retail banking sector is in crisis.

For one, the number of branches and people employed in the financial services sector is drastically declining. At least a third of British bank branches have closed in the past five years. And the UK now has its first branchless constituency: The 98,000 people who reside in Wentworth and Dearne have no access to physical banking services in their local area.

In short, global financial services finds itself right in the middle of the “Uber moment” I predicted four years ago.

But while these numbers sound alarming and indicate that consumers and small business will lose out, we should rejoice that the practices of banking models of the past, which have lost the trust of so many, are coming to an end.

Out with the old

I am convinced that this model of the past is being replaced by a better, technology-powered system that heralds a new golden age of money. Deregulation and a reckless laissez-faire attitude to make money at all costs encouraged poor behavior at many banks. This environment of calculated negligence led to the mis-selling of payment protection insurance and scandals such as Libor fixing, where banks were caught artificially adjusting their rates to profit from trades or to give the impression they were more creditworthy than they actually were. And while some banks paid exceedingly high bonuses to some of their employees, they simultaneously charged customers excessive amounts for overdrafts and currency transactions, hidden behind opaque pricing structures that were hard to compare from bank to bank.

But, there’s cause for hope: I am convinced that this model of the past is being replaced by a better, technology-powered system that heralds a new golden age of money; one that will democratize and transform how we use finance, and deliver the level of service that customers and society deserve.

It’s important to understand that the unprecedented shift in consumer habits has been in part driven by new offerings and companies that place technology and the needs of their customers at the heart of their services.

And in contrast to some traditional banks, which now also offer mobile banking, the new market entrants have intuitive and simple user interfaces that are visually appealing and even fun to use—similar to tech platforms like Airbnb, Facebook, and Twitter. They also provide users with accessible analysis of their spending behavior, and tools to help manage wealth and define financial goals.

This is made possible by the dramatic fall in costs of computing and open source technology which is available to everyone. As a result, we will see more of these new companies emerge, eroding the old advantages of incumbents and dramatically increasing competition. The UK Department of International Trade estimates the number of British fintech companies will double by 2030.

In addition, in recent months we have seen big data giants such as Google, Apple, Facebook, and Amazon launching or announcing offerings such as credit cards, digital payments systems and checking accounts. This October, even Uber announced a series of financial services, highlighting that the ride-hailing firm may become a player in the payments industry. Customers always stand to benefit from increased competition, and this will be no exception.

And we’re only on the first chapter. As technologies build on top of each other—called stacking in the tech world—it will drive a further exponential acceleration in transformation, improving the quality of the services themselves as companies compete for consumers who have plentiful choices.

The efficiency and performance of these technologies is thus placing us on the leading edge of the next phase of the future of banking, driven by three components, the “three Ds”: digital identity, data, and distributed.

Technology has made inefficiencies in the banking system even more pronounced. It’s odd that with all the technology of the fourth industrial revolution at our fingertips, banks around the world still require a utility bill or similar documents to open an account.

Outdated practices like these have made it feel as if banks have been holding back, when there was an otherwise clear solution on offer. This is an inconvenience for some, but for others it means a harsh exclusion from elemental financial services.

The creation of digital identities—essentially, your online profile—can correct that injustice and make banking much more frictionless for all of us.

India perhaps provided the starkest example of how technological leadership can break through administrative morass created by “business as usual” banking, turning the tide of financial exclusion.

In 2011, only 40% of Indian adults owned a bank account, leaving an overwhelming majority excluded from the formal economy. The implementation of Aadhaar, a biometric database that provides a unique identity to each Indian citizen, the introduction of no-frills savings bank accounts, the direct transfer of social benefit payments into these accounts, and the creation of a new national digital payment infrastructure helped to boost that number to almost 80% in 2018.

Of course, there are indeed serious questions of privacy and governance that need to be grappled with. But if handled responsibly, the benefits dramatically outweigh the risks.

It’s shocking how readily we give all of our data away—for free, no less—to a wide range of online platforms and services, ranging from social media sites and online retailers to messaging tools and payment services. Billion-dollar companies have discovered lucrative new revenues streams with using the huge amount of data they collect on people. But users of these services often get little-to-nothing in return.

Banks know their customers more intimately than most institutions given their access to customer information, from your home address to your spending habits to your financial health. This, however, has yet to fully translate to a banking system that works for everyone.

Given the growing conversations around data, this will change over time. Regulators have an important role to play to ensure data can be centralized, controlled, and monetized by the user. The banking sector in Europe has already witnessed this to some extent with the right to data portability mandated by the EU Payments Services Directive (PSD2), which also brought new laws aimed at improving consumer rights and improving online security, as well as open banking legislation.

With their data now unlocked and easily portable, consumers’ ability to choose where they bank has dramatically increased. Financial institutions that previously obstructed customers from leaving could no longer purely rely on their web of red tape and procedure that discouraged people from taking their business elsewhere. Banks have had to prove their worth through the service they provide to keep or gain market share. And this has led a better experience across the sector for consumers.

Ultimately, the winners in this new competitive landscape will be good at managing and mining data, and specifically skilled at collecting, curating, and using data to create even better products and services for the benefit of consumers.

In the banking industry, how incumbents—and challenger banks—combine first, second, and third party data while honoring consumers’ privacy will define the sector landscape in the new future of banking.

Financial systems are centralized by definition and design. But the current system concentrates risk and slows down processes and transactions which could otherwise be instantaneous.

Technologies such as distributed ledgers will spread this risk and transfer value immediately, make services more secure, and allow for the keeping of more accurate records on transactions.

Some even argue that in a distributed world, we do not need banks at all.

That’s debatable, perhaps, but we can expect a new generation of services where all these financial and distributed technologies intersect, with speed, utility, and the consumer at their heart.

… In with the new

Mortgages, for instance, have long been a financial product that creates a lot of hassle for consumers. Currently, it takes up to 40 days to get a mortgage in most places, from application to acceptance. In the future, I predict people will be able to get a mortgage for a house in 10 minutes.

Artificially intelligent agents will be able to gather from our digital data footprint—our finances, education, lifestyle, employment prospects, credit history, and risk tolerance—to identify the best mortgage for us.

The mortgage might be provided by a pension fund that uses blockchain technology to make cheap loans directly to borrowers. The fund’s automated agent will then quickly exchange all the data that both parties need to advance the loan, and a smart contract will be created in minutes.

The bank of the future will need to think about people in a completely different way. This will require a customer-first approach that is deeply embedded in the process of how services are designed and delivered. It’s an approach that is digitally driven but at its core focused on solving our human problems and needs.

When that happens—and it will—we will truly be in a new, golden age of banking.