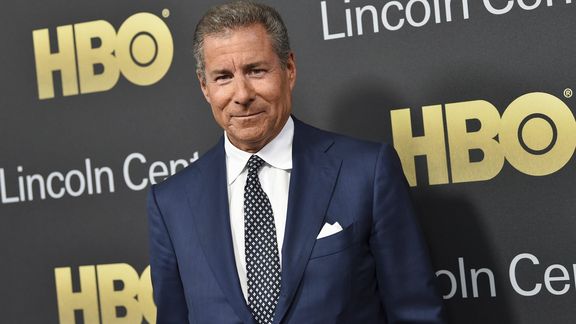 Apple wants its new streaming service to be like the high quality offerings of HBO under its former CEO, Richard Plepler. What better way to do that than to hire Richard Plepler?

The executive, who left HBO in February, is in “advanced talks” to join Apple, the Wall Street Journal reported yesterday. If the deal is finalized, Plepler will produce original TV series, films, and documentaries exclusively for Apple TV+. After most of its original shows were met with a tepid reaction from critics, Apple’s signing of Plepler would be a much-needed boost for the nascent streaming service.

Plepler is the latest in a long run of well-respected cable and broadcast television executives to take their talents to the streaming world, seeking the piles of money and creative freedom that come with it.

But Plepler is the biggest name yet to transition to streaming. An HBO employee for nearly three decades, he was the pay-cable channel’s CEO from 2013 until his departure earlier this year. Known for his deep tan and an unrivaled ability to woo Hollywood talent, Plepler led HBO through a period of transition as it launched its first standalone streaming product, HBO Now, in 2015. During his time as CEO, HBO won more than 160 Emmys for shows ranging from Game of Thrones to Veep.

Plepler’s tenure at HBO was in jeopardy the moment AT&T purchased the network’s parent company, Time Warner, and renamed it WarnerMedia in 2018. The telecommunications giant brought in former NBC Entertainment boss Bob Greenblatt to oversee all of WarnerMedia’s TV entertainment assets, including HBO and the upcoming streaming service, HBO Max.

According to the Hollywood Reporter, Plepler was concerned about “HBO’s shrinking autonomy within the expanded WarnerMedia portfolio.” Plepler may have been right to be concerned: A presentation WarnerMedia held last month for investors and media members strongly hinted the classic HBO brand will be diluted as the company prioritizes streaming.

The deal makes a lot of sense for both parties. Plepler won’t have to worry about shrinking autonomy at Apple, which is marketing Apple TV+ as something much like what HBO was under Plepler—a curated offering with the industry’s best talent. Meanwhile, Plepler instantly gives Apple a much sought-after air of prestige.