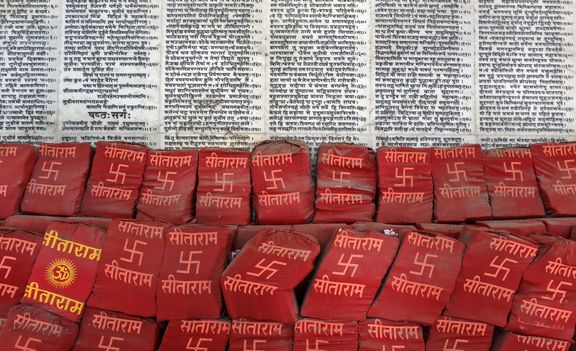 Twenty-seven years after the Babri mosque at Ayodhya in the northern Indian state of Uttar Pradesh, was demolished, the Indian supreme court has given its verdict on the disputed land. It effectively announced today (Nov. 9) that a Ram temple will come up at the site, while Muslims will get an alternative five-acre plot.

A number of historical and mythical figures have played key roles in the movement that dominated the dispute over the decades. Quartz has already profiled a few of them separately. A few others, too, played crucial roles in this part of history.

Vishwa Hindu Parishad (VHP): The VHP is an extremist Hindu right-wing organisation affiliated with the ruling Bhartiya Janta Party’s (BJP) fountainhead, Rashtriya Swayamsewak Sangh (RSS). The organisation led the Ayodhya campaign in the 1980s. The BJP took over the stewardship only later.

On the day of the demolition, the VHP organised a rally with some BJP leaders reportedly provoking its 150,000 volunteers. Ashok Singhal, then joint-secretary of the VHP, was the chief organiser of the rally. Soon after the mosque was razed, the VHP organised another event to collect bricks from all over India to build a Ram temple at the site. In anticipation of the supreme court verdict, on Nov. 7 the VHP stopped the stone carving work for the first time since 1990.

Babri Masjid Action Committee (BMAC): As the nearly 70-year-long legal battle comes to an end, one name that emerges as the biggest crusader for the Muslim cause is the BMAC. Under the aegis of the All India Muslim personal law board (AIMPLB), BMAC built up a community movement against the temple agitation spearheaded by right-wing Hindu organisations, pursuing the legal battle.

One of the prominent founders of BMAC was lawyer Zafaryab Jilani. He had organised several protests in the 1980s, and later, with Ali Miyan, president of the AIMPLB, he convinced prominent Muslim leaders to form BMAC in 1986.

PV Narasimha Rao: The tenure of the ninth prime minister of India, from 1991 to 1996, witnessed liberalisation of India’s economy. Yet, his legacy was tainted. It was under Rao’s government that the demolition of Babri Masjid occurred, triggering communal rights. It is believed that Rao chose not to impose central rule in Uttar Pradesh, where Ayodhya is located when tensions were escalating. His inaction proved costly. Rao passed away in 2004.

Narendra Modi: The current prime minister of India, Narendra Modi played a crucial role in the BJP’s Ayodhya movement. In 1990, when the then BJP president Lal Krishna Advani decided to embark on the infamous Rath Yatra from Somnath, Gujarat, Modi was among the main organisers.

He was then the general secretary of BJP’s Gujarat unit. It is believed that it was during the Rath Yatra that Modi first came under the spotlight and became close to Advani.