LK Advani: Hindu nationalism’s original poster boy who could not reap what he sowed 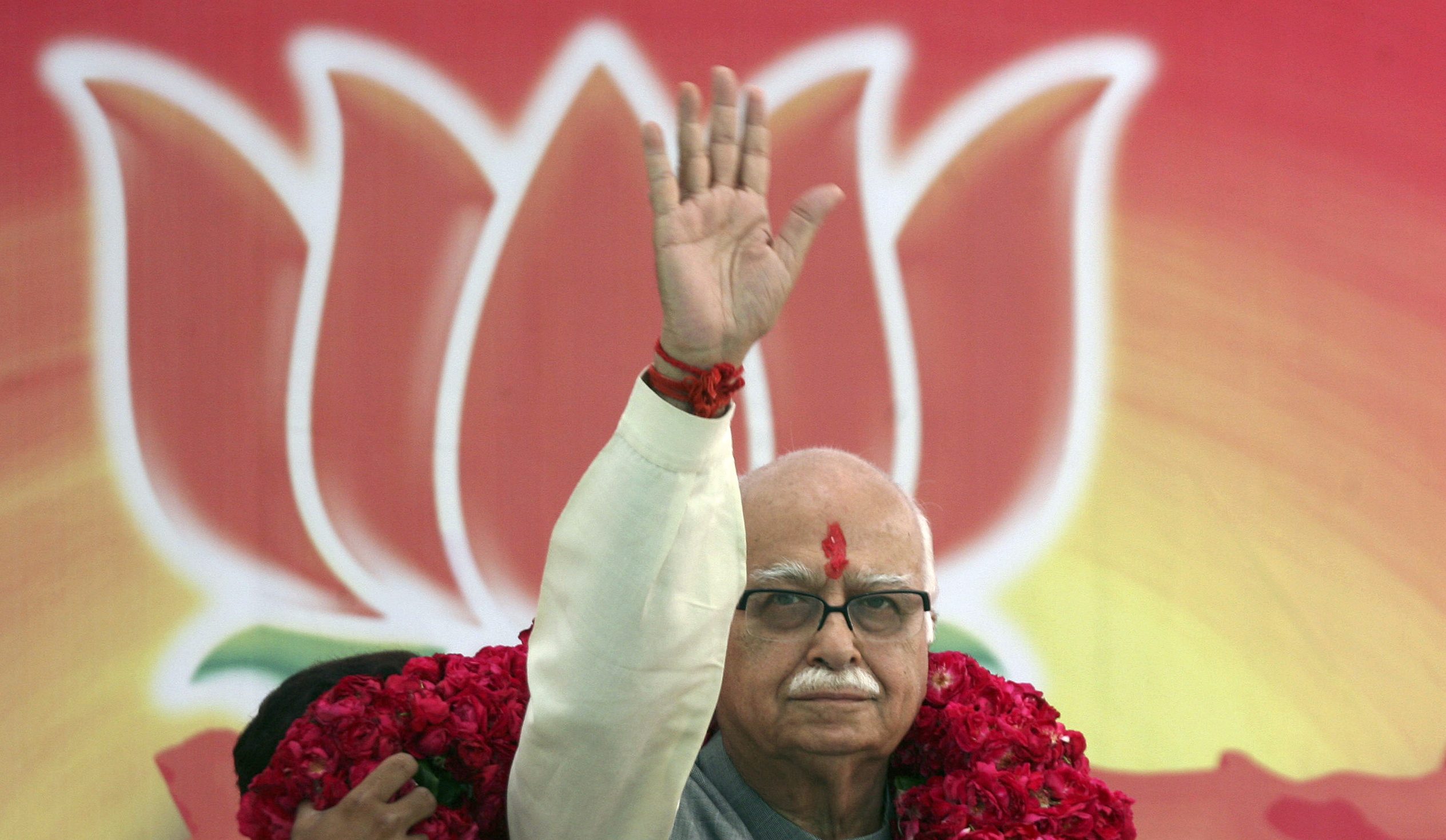 However, you know the former deputy prime minister of India has practically faded out of public memory when a simple Google news search of his name shows—on the sixth page—his last major pronouncement as having been made back in August. The pages of his otherwise active blog, too, are yellowing, in a manner of speaking. Its last update was in April, just before the national elections swept his protege Narendra Modi back for a second stint at India’s helm. 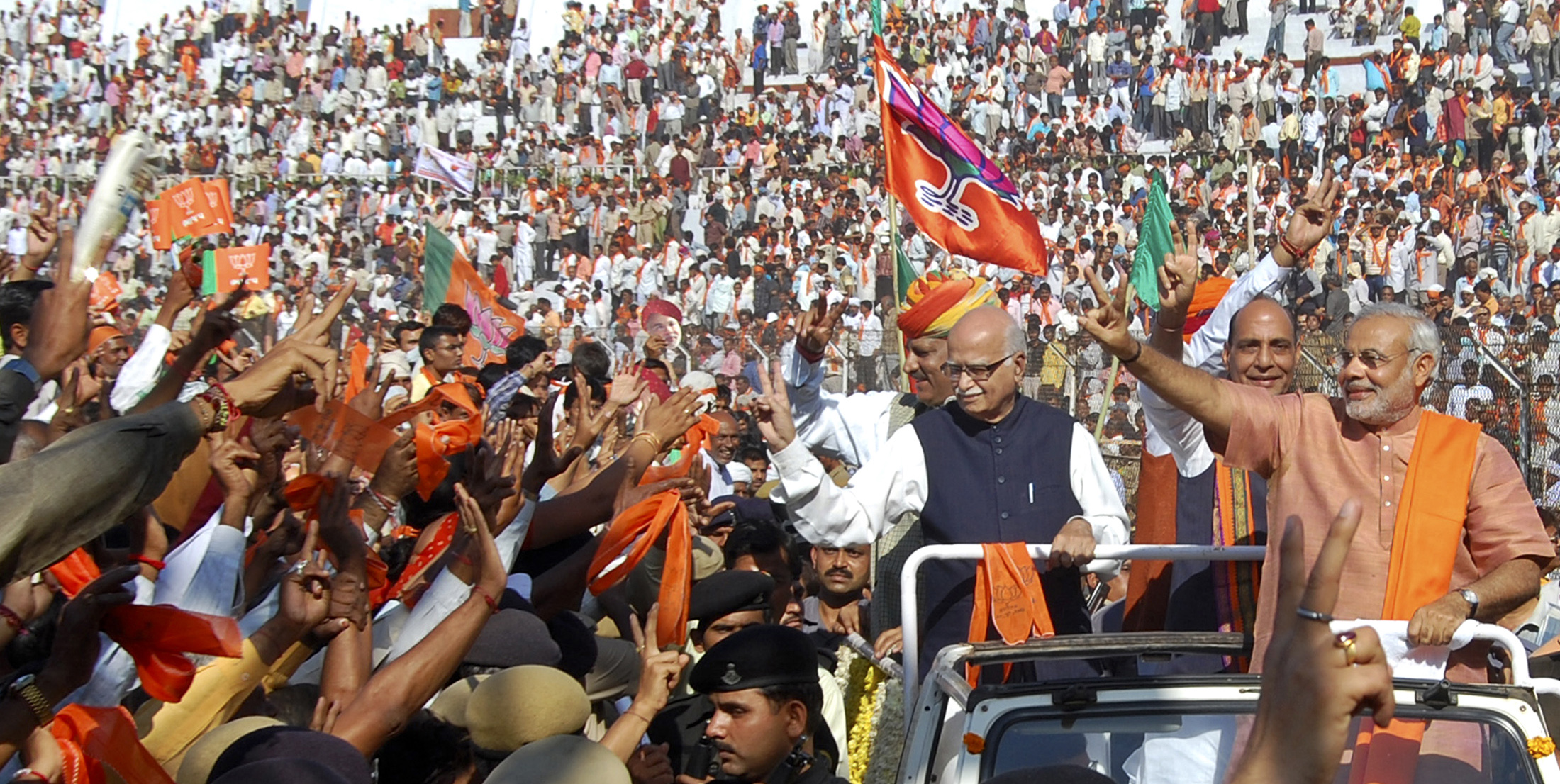 The then chief minister of Gujarat, Narendra Modi, and Advani in 2007.

For an observer of India, this complete sidelining of the veteran by the Bharatiya Janata Party (BJP) would be stunning. After all, the Hindu nationalist outfit he co-founded and nurtured since 1980, rode its way to power only on his famous chariot.

That transformative journey’s most famous pitstop was the Babri mosque in Ayodhya.

The making of a charioteer

Karachi-born Advani migrated to India as a 20-year-old following the partition of the Indian subcontinent by the British in 1947. By then he was already a member of the Rashtriya Swayamsevak Sangh (RSS), the fountainhead of Hindu nationalism in modern India. He went on to graduate in law even as he joined the Akhil Bharatiya Jan Sangh (simply Jan Sangh), the RSS’s political arm.

By the 1970s, Advani was a senior leader of the opposition, along with a longtime colleague, Atal Bihari Vajpayee, the former prime minister of India. The duo was among the many opposition leaders, including many socialists and communists, jailed during the Emergency (1975-77) imposed by then prime minister Indira Gandhi.

In 1977, the Jan Sangh was dissolved, to be reborn as the BJP under Advani and Vajpayee’s parentage.

Following the party’s dismal performance in the 1984 elections in the wake of Gandhi’s assassination, the BJP, under Advani presidency, shifted to a hardline Hindu nationalist stance.

By then, in the mid-1980s, the RSS’s militant wing, Vishwa Hindu Parishad, had launched the Ramjanmabhoomi movement. It sought to replace the medieval Babri mosque in Ayodhya in the northern Indian state of Uttar Pradesh, with a temple for the Hindu god Ram. The mosque, it claimed, was built over the remains of a temple that marked the place of Ram’s birth. A legal dispute had been on over the site for decades by then.

To expand its appeal, Advani’s BJP quickly identified the Babri mosque as a lightning rod for the anger it sought to spark among at least a section of Hindus and coagulate it into a vote bank.

On Sept. 25, 1990, a heavily garlanded Advani set forth on the Rath Yatra with a symbolic bow and arrow. A rath is a horse-drawn chariot; for the purpose of his yatra, a deeply symbolic journey, a van was re-fashioned as one. The idea was to sound a war cry to restore “Hindu greatness” by replacing the Babri mosque, that imagined symbol of Muslim domination.

The symbolism of Somnath, the place chosen to flag off the yatra, was difficult to miss. The Shiva temple there is best remembered for the several raids and plunders it suffered at the hands of Afghan invader Mahmud Ghazni.

In his book My Country My Life (pdf), Advani wrote:

The choice of Somnath as the starting point of the yatra had a powerful symbolic value, made evident by repeated references to it as the target of Muslim tyranny against the Hindus…The intention was to contextualise Ayodhya in the historical lineage of Muslim aggression and then to seek legitimacy for Mandir movement by drawing a parallel. The parallel the Sangh Parivar drew was with the reconstruction of the Somnath temple.

The Rath Yatra’s main purpose was to galvanise Hindu nationalist sentiments. Passing through several cities and towns in the heart of India, Advani’s journey was to end in Ayodhya on Oct. 30, to coincide with the BJP’s proposed kar seva (ritual offerings) for the Ram idol, surreptitiously placed inside the Babri mosque in 1949.

As expected, Advani’s chariot left a trail of blood. A religious tinderbox that India always is, the journey, laden with provocative symbolism and full-throated sloganeering, mostly targeting India’s Muslims, sparked riots across the country in its wake.

The BJP veteran was finally arrested in Bihar, but by then thousands of kar sevaks were already on their way to Ayodhya.

India was violently convulsing. And that worked wonderfully for the BJP: In the 1991 general elections, the party won over 120 seats. 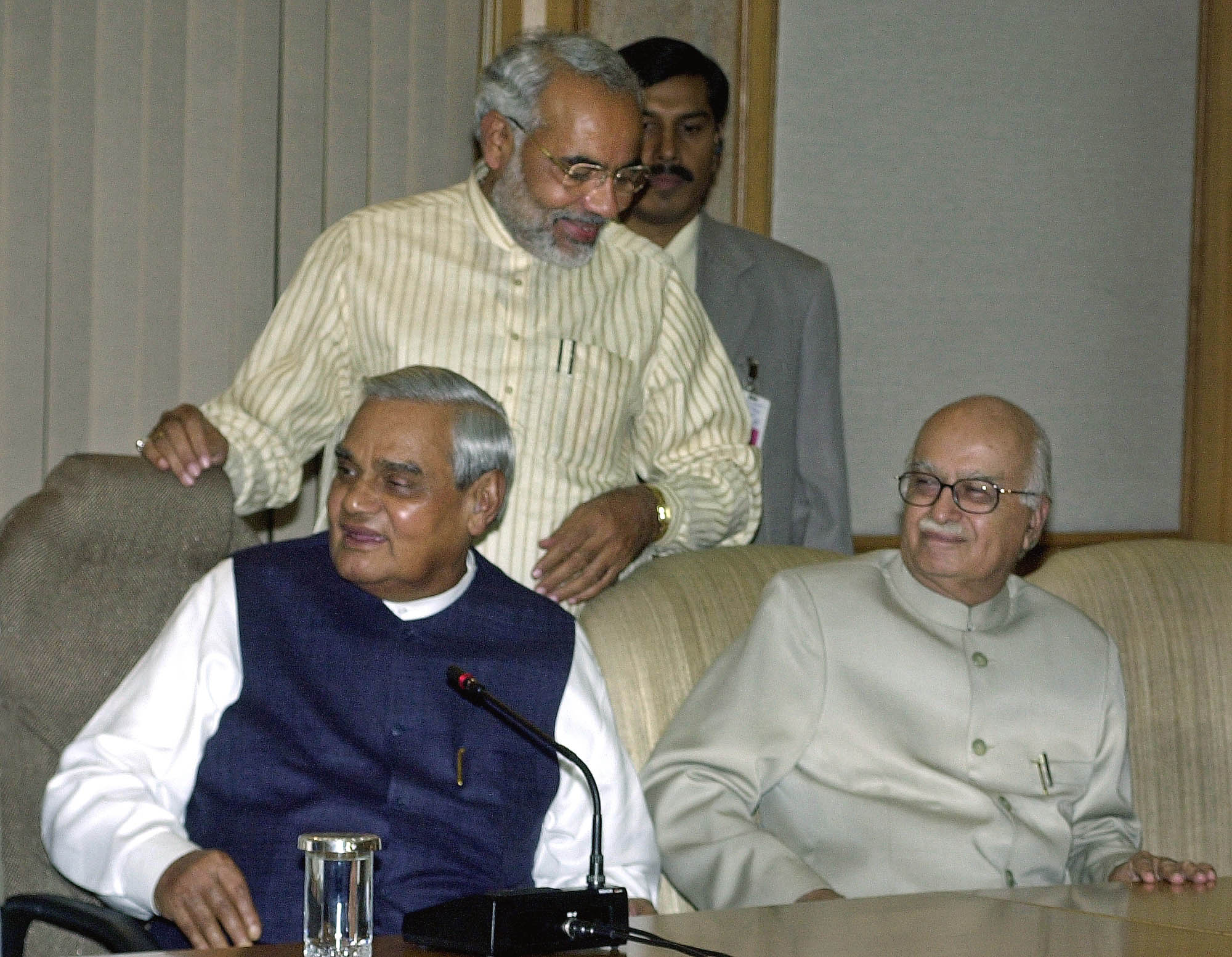 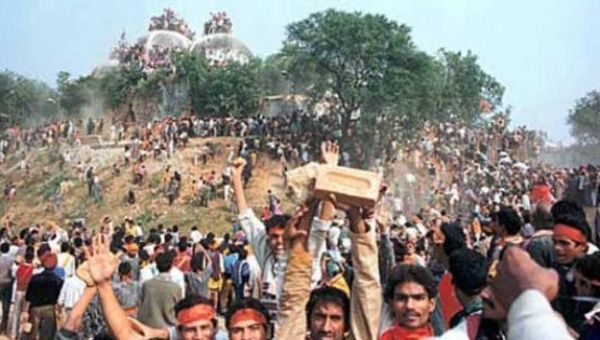 BJP president Advani, along with a few other senior BJP leaders, was present at the site when it happened. He reportedly made inflammatory remarks, egging the kar sevaks on.

Santosh Dubey, the youngest kar sevak named in the central bureau of investigation’s (CBI) charge sheet in the Babri demolition case told The Wire in December 2017:

The Babri mosque demolition scarred India forever. Riots followed, thousand died. The supreme court of India called it a “crime” that shook the “secular fabric of the constitution.”

Advani and seven others were charged in the case. In 2001, the Allahabad high court dropped the conspiracy charge against Advani and others. In 2017, the supreme court called the high court order “erroneous.” A final verdict is still awaited.

So what if his long-cherished dream of becoming prime minister never fructified. So what if his friend and protege upstaged him to the position he coveted. So what if the hawk, once known for his fiery speeches, has by now been reduced to few words.