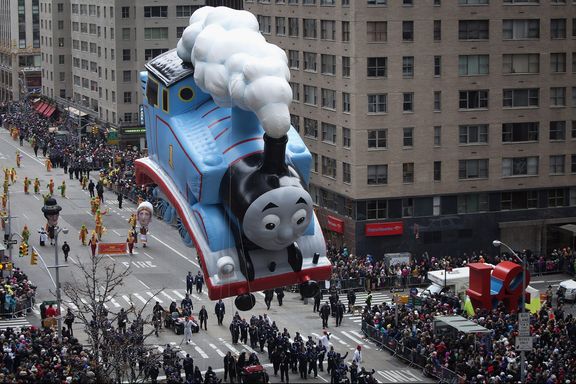 Beloved children’s TV show Thomas & Friends was at the center of a cover-up by toy company Mattel and its auditor PwC last year, according to a former Mattel executive.

In early 2018, Mattel employees discovered they had made a hefty accounting error the previous year, former Mattel head of tax reporting Brett Whitaker told the Wall Street Journal. But instead of restating their earnings, top executives moved with PwC to bury the mistake, Whitaker said.

The allegations suggest Mattel, a public company, deliberately hid flaws in its accounting system from the market—and that PwC, whose job is to be investors’ watchdog, backed the plan. The error concerned the way Thomas & Friends was classified in Mattel’s accounts.

Mattel investigated the events following a whistleblower complaint. Last week, it restated the earnings and announced its CFO would leave the company, but said no fraud had been committed and PwC would remain its auditor. A PwC spokesman said integrity is “at the heart” of the firm, adding it took “immediate action” after receiving the whistleblower letter.

If it seems a chaotic time for Mattel employees, it’s nothing compared to the crisis endured by Thomas and his pals. The below is a fictionalized retelling of events, and its characters are not based on real people.

Thomas and the Alleged Accounting Cover-up

The island of Sodor was shrouded in gloom. Rain drizzled relentlessly over Knapford station. Trains and workers plodded through the rail yard, all trapped in a deep malaise.

All except Thomas and Percy. The two friends loved the slippery tracks and were racing around, tooting and whistling merrily.

“Will you two stop it? I’m trying to concentrate!” Edward, a wise old train, chuffed. “Weren’t you listening when the Fat Controller told us about the trouble our station’s owners are in?”

Thomas and Percy looked down, embarrassed. They had been too busy playing to listen to the Fat Controller’s lecture about the railway having fewer riders than expected over the crucial holiday period—which cost Mattel, the owners, a lot of important money. Mattel had halved in value over 12 months and, rather worryingly, the station’s rivals, the troublesome trucks—or Toys “R” Us, as humans called them—had just filed for bankruptcy. Things weren’t looking good.

“Erm, just remind me what the problem is?” Thomas piped.

“On top of all the rail system’s woes, we’ve found an accounting error!” puffed Edward, who had a good chimney for numbers. “We’re going to have to restate our earnings to all the train investors, and explain that our accounting procedures just aren’t good enough.”

“WHAT?!” Shouted the Fat Controller. He’d been listening in on the conversation and didn’t like what he’d heard. “Doing that would be the kiss of death for this station!”

The Fat Controller wasn’t the only one who didn’t like the plan. Harvey the crane engine wasn’t happy about it at all. His company, PwC, was paid to keep a close eye on all the goings-on at the station, and Harvey was supposed to jump in and fix any problems. It would be very embarrassing for him and PwC if they told all the other train investors that he’d missed this big slip-up.

As the rest of the trains puzzled over their future, Harvey and the Fat Controller came up with a new plan—they’d just count the money in a different way and pretend the mistake never happened!

“At worst we might get a slap on the wrist from the Steampipe and Engines Commission (SEC),” the Fat Controller said. Harvey was thrilled and went around the track bumping buffers with his friends in delight. (His employers deny he ever did this.)

The rest of the engines were dumbfounded. Edward, believing it was all his fault, resigned from the rail yard. The engines became yet more despondent. Sodor felt even more dystopian than usual.

But Thomas, who had finally been listening, had a plan.

“I don’t think Harvey and the Fat Controller are acting in the station’s best interests,” he chuntered to Percy. “I was born with this train whistle, so I’m going to blow it!”

He wrote a secret letter to the owners at Mattel, saying there was a huge hole in their books, and that Harvey didn’t seem as independent from the Fat Controller as he should be. Thomas could be very brave and clever when he actually paid attention.

The owners started an investigation into what happened. Months later, they told the train investors about the “honest mistake.” The Fat Controller would be leaving the station, they added, but Harvey and PwC’s independence hasn’t been “impaired” and they can keep earning millions to keep an eye on things.

Mattel’s earnings for the year wouldn’t change, but the company had now lost two-thirds of its value over three years.

What an eventful day on Sodor.