India needs to focus on the domestic market, not exports, to save its artisans 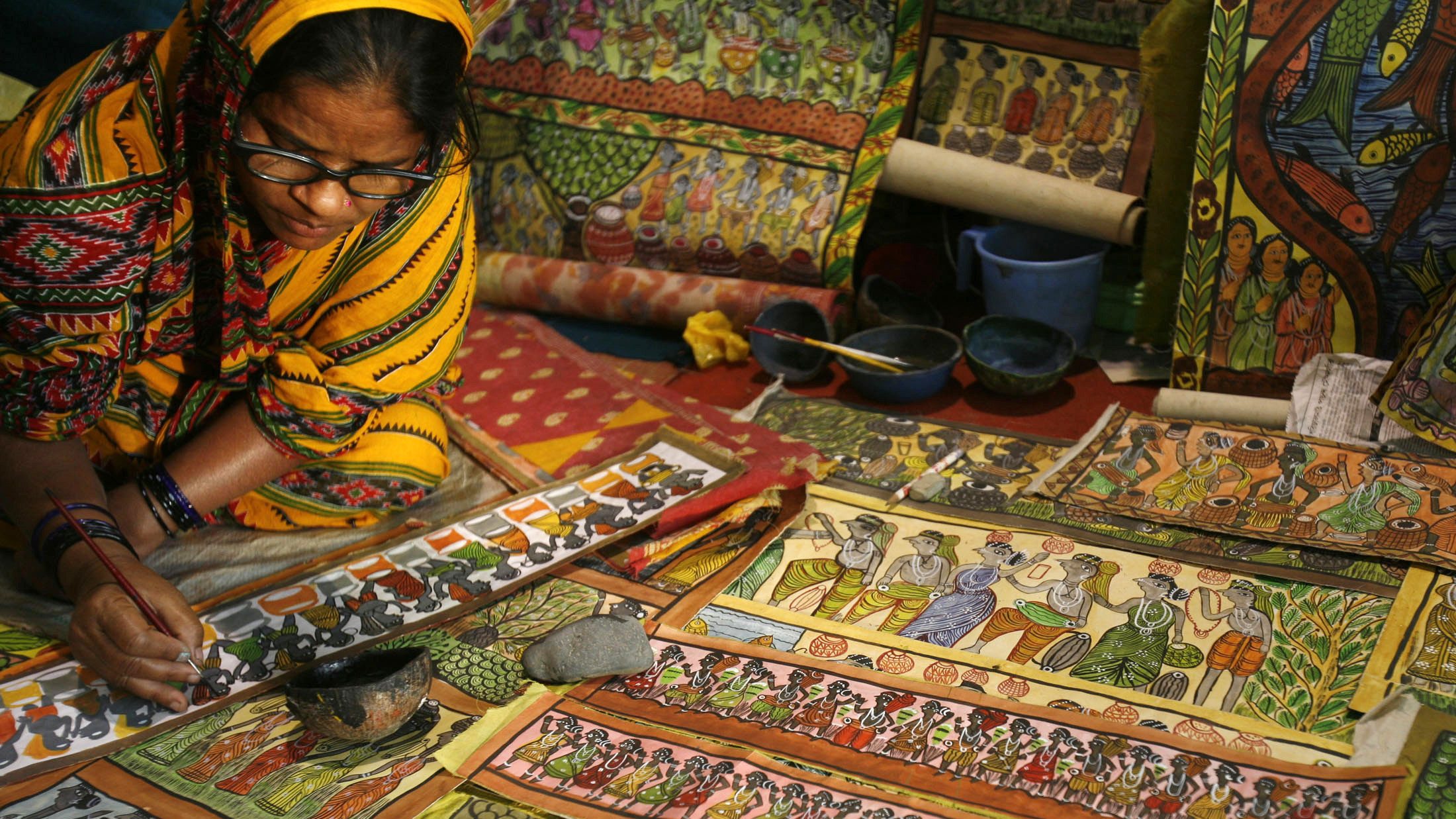 Does the world really care about Indian crafts? Going by the country’s measly 2% share of the $400-billion global crafts market, it would appear not.

On the other hand, that conclusion may be too hasty, especially since India’s vast and varied crafts industry is difficult to map. And while innovation may be slow to come, technology is helping artisans tap the domestic market efficiently.

These and several other conundrums of the role of technology in crafts and culture were discussed at the Crafting Futures roundtable organised by the British Council in New Delhi on Oct. 21. Among the speakers was Jaya Jaitly, curator, textile revivalist, and founder of the Dastkari Haat Samiti, who believes that rather than focusing on the 2% figure, India should look at improving its domestic market. “Our middle class is rapidly increasing and foreign brands are chasing our middle class. Shouldn’t we be doing that, too?”

She spoke to Quartz about the highs and lows of what technology brings to the crafts sector, and its changing nature in an evolving economy. Edited excerpts:

How is technology changing the life of artisans?

First, we need to distinguish between the kinds of technology at play. Digital technology (like Instagram and WhatsApp) is helping to bring higher outreach for, and better promotion of, crafts. When a craftsperson gets the hang of it, he or she can use it to take good photographs and set proper prices. Selling online can be quite whimsical and demand is generally erratic. Digital technology can help them understand how many pieces they may have to keep as buffer.

Yet, touch and feel must continue to be important. Without that, a power loom item can be sold as a handloom one, for instance. Craftspersons don’t know how to cheat, but the intermediaries don’t care about lying. Websites like Amazon have millions of products listed as handmade.

This is where culture comes in, and crafts need to be seen as an important part of India’s culture. Why should crafts be sold only online? There should be various marketplaces. That is why you cannot push for digital marketing alone. 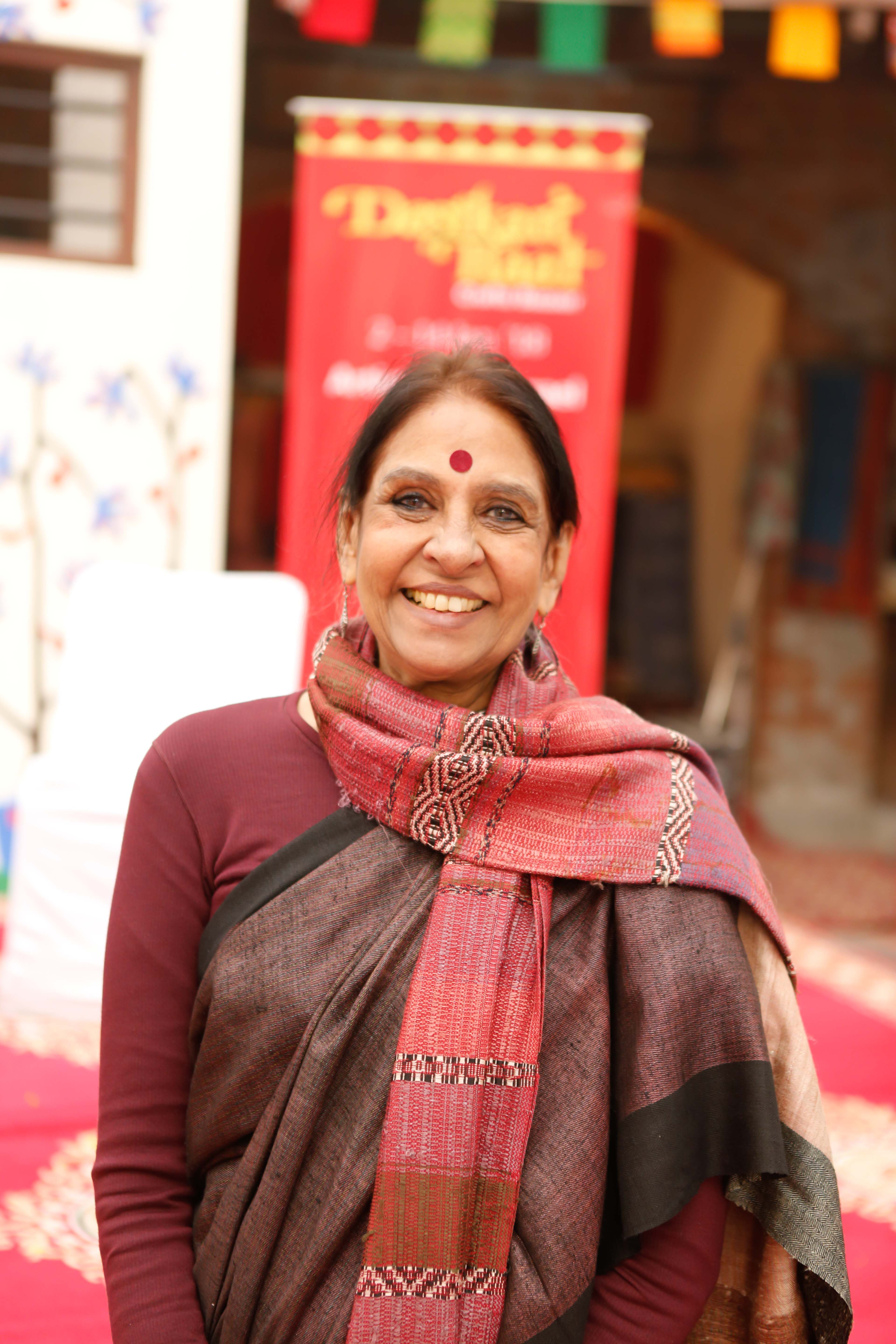 Even so, technology can make a huge impact in terms of awareness. A programme like Google Arts & Culture, which shows the true process of creation and makes people realise how difficult it is to create something, ensures buyers don’t bargain for handmade things.

Given the potential, why is India unable to become a top seller in the global crafts market?

China is the world leader. It has mechanised its crafts processes by up to 80%. It is nearly impossible for artisans to make mass-produced, standardised products completely by hand. In China, each part of a craft piece is created on a machine and then later put together by hand.

Indian crafts, though, are true crafts and not mechanised. The craftspeople here earn more than those abroad. Which is why, I think we should not look at export numbers. We should rather focus on domestic marketing and livelihood support. Our crafts are still used in homes and appreciated. In the West, they are often seen as decorative, exotic products.

The other issue with exports is that buyers want things a certain way—standardised, and with rigid schedules. This is not a part of the culture of our craftspeople, they are not machines. These rigid guidelines make way for mediocre things to be sold as crafts.

People have a lot of disposable income to spend on Indian crafts. Our middle class is rapidly increasing and foreign brands are chasing our middle class. Shouldn’t we be doing that, too?

Do you feel Indians are inured to crafts traditions because we see them everywhere?

Yes, it is often like a glut in front of our eyes. But why do we put these handmade items as a separate category of “crafts?” We don’t call the things we buy for our house and cultural use, as craft or shilpa vastu. You will just say you want a sari or a matka (earthen pot). You buy a thing of utility and need. Our fault is that we’re replicating the Western attitude of putting crafts in a box—which is slightly condescending.

The matani pachedis of Ahmedabad are basically cloths that are worshipped. Would you call it textile art or something you pray to? Will the handmade ones be displayed as crafts inside a museum shop and only a couple of them sold? If these remain a part of cultural practice, there will be plenty sold every day. Why are we looking at craft from an English-speaking, urban prism?

Indian crafts have a use, a festival when a specific craft is popular, a time of the year, an occasion. But we have forgotten all that and are now giving ourselves the wrong standard to measure ourselves against.

Do you feel tech will lead to further commodification of the crafts?

Crafts have always been a commodity. Karigari (artisanship) is also a kala (art) in India, not like art for arts’ sake in the West. The potter cannot survive if he makes only two pots a year. Indian craftspeople are far more serious and focussed about their output. And there’s nothing wrong with that.

Is there enough innovation in the crafts that caters to a changing economy and aesthetic?

In some cases, there is true innovation. Sometimes, it happens when craftspeople work with designers. They certainly make interesting things that reflect changing times. At times, they even innovate on their own, which is a sign of confidence in their own skill.

One of the pillars on which I curated the Google Arts & Culture project was innovation, because if you have marketed well, you have the courage and confidence to innovate. If you find a craftsperson stuck and not innovating, it is usually because he or she has not had enough marketing success. Or, the craftsperson is semi-skilled and apathetic.

Has the skilling landscape changed among craftspeople?

Skills pass on through generations if the parent is doing well. Technology has made life easier, but that also means young people don’t see value in the hard work that goes into crafts. But there are also enough examples of kids who have gone away to study or work, but come back to their family’s crafting traditions. I have seen a fourth-generation weaver say that his toddler will take up the family’s traditional business. It all depends on whether their business is thriving, and not so much on acquired skills.

A lot also depends on how different states engage with their crafts communities. Ones like Uttar Pradesh and Bihar have been very difficult to energise, but southern India is very energetic. The Mahatma Gandhi National Rural Employment Guarantee Act (MGNREGA) has been very deskilling, too. Whatever money the men and women get under the scheme, they take it and do not work for the rest of the day. MGNREGA has not seriously focussed on craftspeople’s livelihoods.