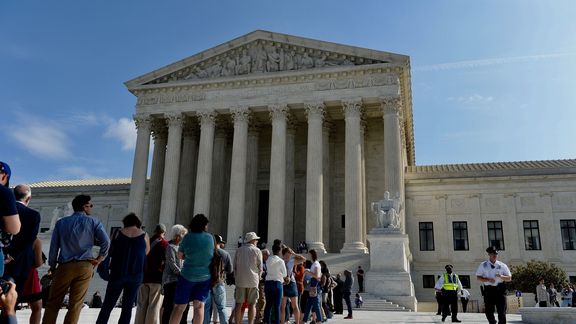 Once, sometimes twice a term, an orphaned case in need of a defender makes it to the US Supreme Court, and the justices appoint a lawyer to stand on behalf of a position the original litigant quit.

That’s what happened on Oct. 23, when Elena Kagan invited attorney Paul Clement to defend the constitutional structure of the Consumer Financial Protection Bureau (CFPB) in a major matter that pits the government agency designed to defend Americans from predatory lenders against itself.

The CFPB, which has shut down numerous lending scams, was created in response to the 2008 financial meltdown to ensure that banks, lenders, and financial-services providers treat consumers fairly. It’s part of the reorganized financial oversight scheme created by the 2010 Dodd–Frank Wall Street Reform and Consumer Protection Act, passed during the administration of US president Barack Obama.

During Donald Trump’s presidency, the agency has faltered. And now it won’t even stand up for itself in court, instead taking the position of its one-time opposition.

Seila Law, a firm involved in consumer-debt cases under investigation by the CFPB, has challenged the agency’s leadership structure as unconstitutional. The CFPB director has a five-year term and can only be fired “for cause.” The firm argues that this violates separation of powers, robbing the president of his power to terminate a bureau chief for any reason or none at all. And the bureau—led by director Kathy Kraninger—is now agreeing with Seila Law that its leadership structure is constitutionally flawed.

The case threatens to jeopardize nearly a decade of work by the CFPB. The court asked the parties to ponder a very important question: If it agrees that the provision limiting the president’s ability to remove the CFPB director is unconstitutional, can that clause be separated from the rest of the Dodd-Frank Act?

Or, simply put, would all the CFPB’s efforts be undermined by a finding that the director’s current role is unconstitutionally designed?

Given the gravity of the matter, and Kraninger’s abandonment, someone needed to stand up for the CFPB’s structure and answer the court’s consequential question.

Clement, the attorney who got the honorable invitation to represent, is a partner at the law firm Kirkland and Ellis, a former solicitor general under president George W. Bush, and a longtime champion of conservative causes. That makes him, at first glance, a strange choice to stand up for an agency that was conceived by a liberal Harvard law school professor so progressive some have called her a socialist, Massachusetts senator and Democratic presidential candidate Elizabeth Warren.

Clement was a clerk for the late justice Antonin Scalia and has argued nearly 100 cases in the high court. He’s been dubbed “the LeBron James of law” and the “country’s most powerful constitutional lawyer” by Business Insider. Still, he’s “argued broadly for business community interests at the Supreme Court, and his defense of the consumer bureau would put him at odds—at least in this case—with groups such as the US Chamber of Commerce and others that have questioned the power of the CFPB director,” Law.com notes.

But choosing Clement could have been Kagan’s counterintuitive way to depoliticize an ideologically divisive matter.

Amy Howe of SCOTUSBlog, who covers the court and has argued there herself, suspects that Kagan, a liberal, didn’t make the decision to appoint the conservative alone. He was probably chosen in consultation with other justices and precisely because the lawyer’s not the obvious pick to stick up for a position that the Trump administration rejects and that Democrats in the House of Representatives would like to defend.

The House’s counsel filed an amicus brief (pdf) in this case and welcomed the opportunity to defend its decision to structure the CFPB as it did, arguing that the five-year term and for-cause termination clause ensure the bureau director’s political independence. But appointing the legislative branch that birthed the bureau to represent it after the Trump administration’s abandonment would’t look good. That makes it a political fight.

“It’s a really important case,” Howe explains. “The court wants to make sure the optics are good and that representation is as equal as possible.” Given Clement’s stellar reputation, the conservative attorney will surely give his all for the CFPB, using his considerable constitutional knowledge to defend the bureau. His honor and the justices’ depend on it. (Clement did not respond to Quartz’s request for comment).

How it will all work out politically doesn’t just depend on the justices’ decision, however. So even if Clement fails to convince the court the CFPB structure is constitutional, as he’s been assigned to do, liberals could theoretically win despite losing. Howe points out that if the CFPB structure is found unconstitutional in a narrow ruling from the high court that doesn’t upend the Dodd-Frank Act, it would work out well for Democrats if they can elect a president into office in 2020. Then the left would be able to replace Kraninger as CFPB chief without cause and install someone who pleases the new executive. They’d get the benefit of the right’s challenge to the CFPB without the threatened loss.

That would be exactly the kind of result the House was trying to avoid by creating the CFPB’s five-year term, making the directorship a politically dependent position. But that does’t mean Democrats wouldn’t take advantage of such an outcome.

“This is not a sinister effort to throw the case against the CFPB. If anything, it’s the the opposite,” Howe said. “We’re never going to know what the justices were thinking when they picked Clement but what I think they wanted to do was depoliticize a very significant case and make sure it’s fair.”

Donald Trump the Narcissist Is Running the Coronavirus Crisis