“You must nurture talent over a period of time, it’s not instant coffee” 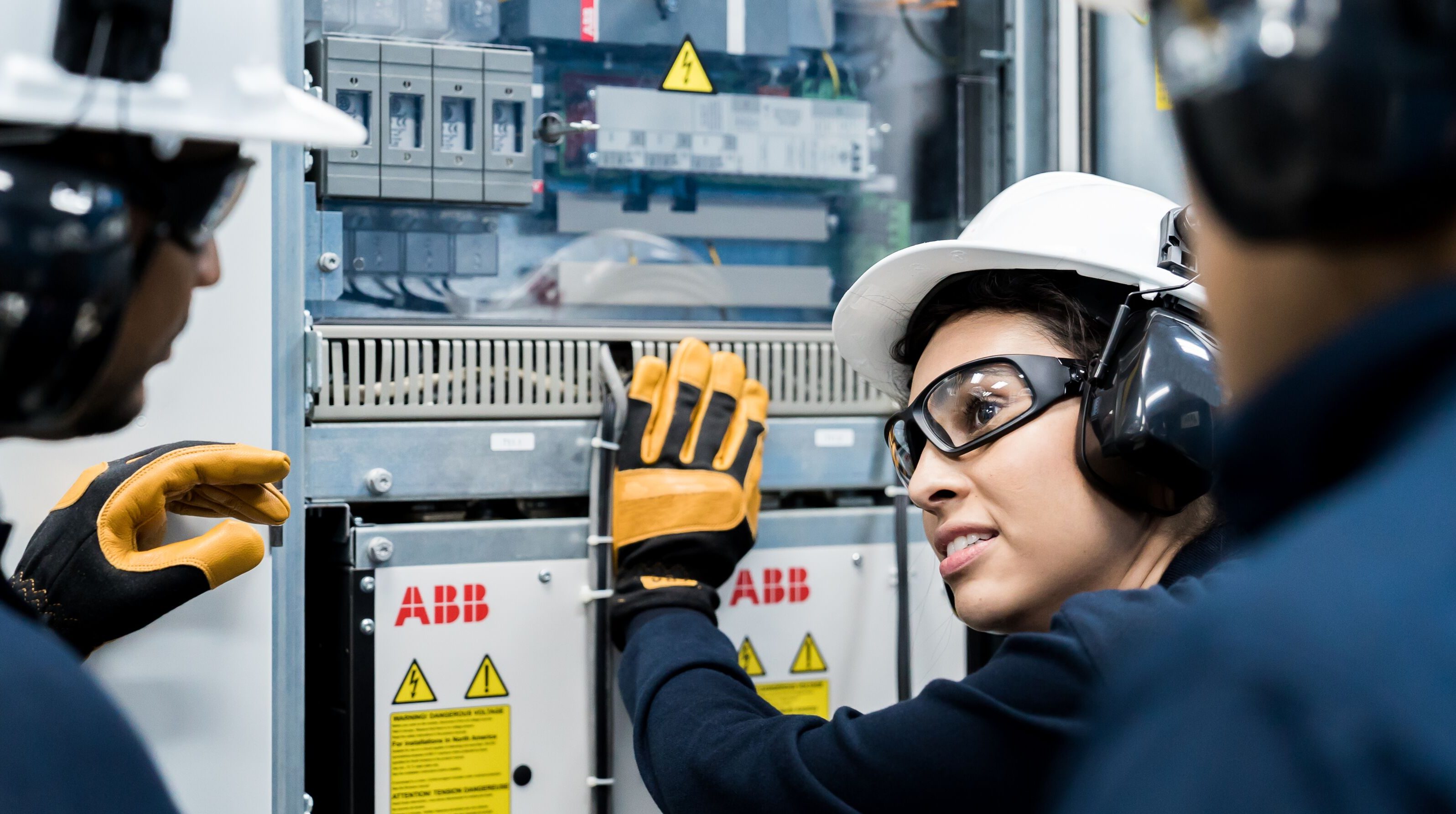 As technology becomes pervasive and impacts more and more areas of our lives, many industries have undergone a complete overhaul. The over 130-year-old ABB is a perfect example of this evolution.

The company, which was once known for manufacturing heavy industrial and power equipment, is now at the helm of cutting edge technologies such as robotics, artificial intelligence (AI), and digitalisation-led automation.

Sanjeev Sharma, managing director of ABB India, has spent the last three decades at the company in various roles across business operations, sales and marketing, strategy and product management across Europe, southeast Asia and India. Sharma has also witnessed several waves of technology shifts and how ABB has navigated them.

In a conversation with Quartz, Sharma spoke about what it will take for professionals to continue staying relevant in the future. Edited excerpts:

What is that one job that will be most important for your organisation in the near future?

I would say there are some traits that will be most important for us rather than a job title. For instance, people who have the ability to imagine will be very important for us. That will be the sustaining trait for professionals in our industry.

Are there any particular skills that are most important for ABB?

A lot of stuff that we do is getting integrated. So we cannot solve a problem with just one type of skill. What we need is to have people who cut across. So whenever we have a problem, it’s not an individual who can solve it, it’s a team. So what we do is bring people with different skills and backgrounds to the table and see what different angles they all bring. They could be engineers and non-engineers because we may be creating a solution that has a technology impact and social impact and infrastructure impact, or it could have a sustainability impact. 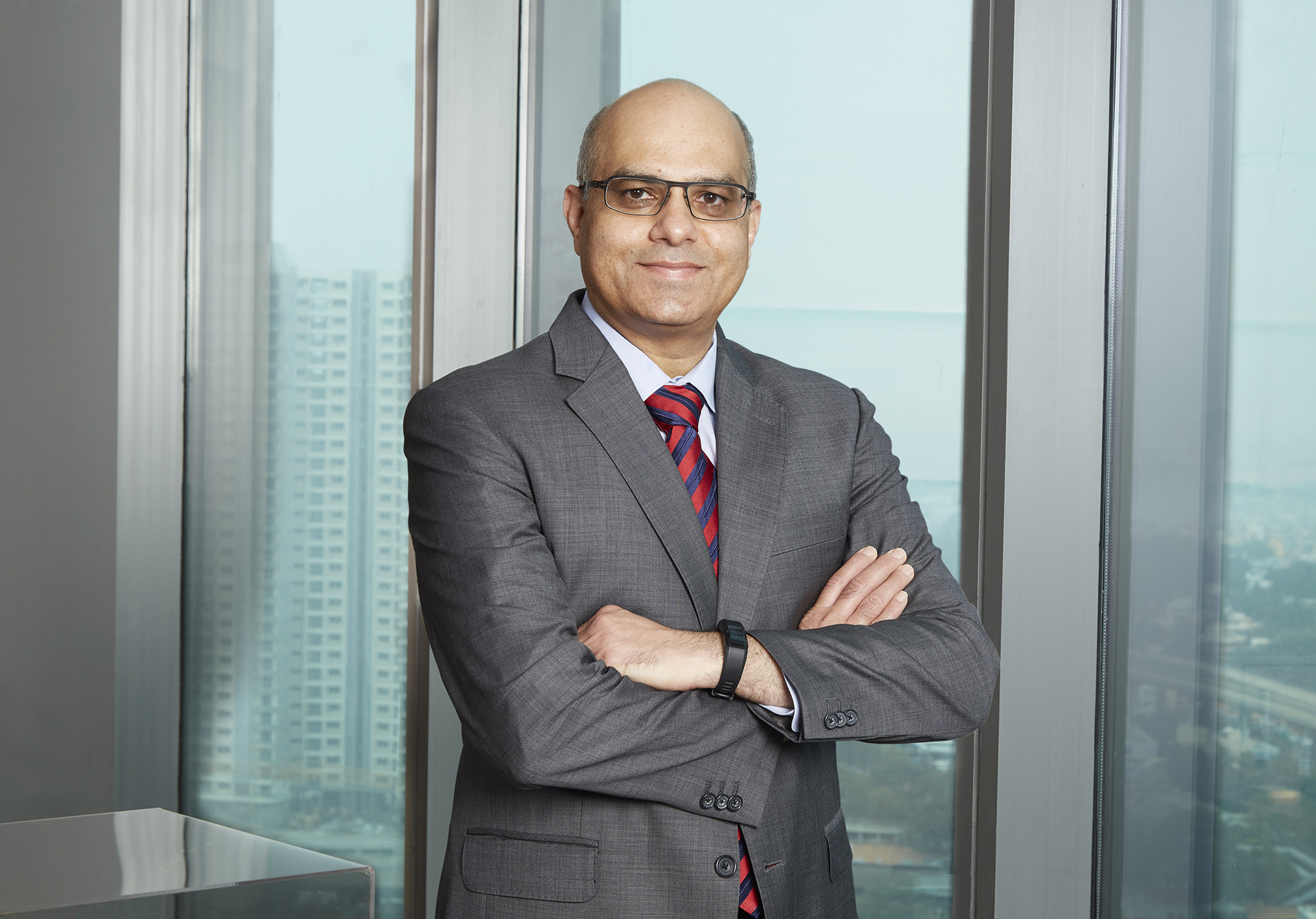 “Technology is not complex, it makes things simpler.”

Your company has transformed from being focused on manufacturing to now working on automation and technology. How has this shift changed hiring for ABB?

Previously, we used to focus only on creating the asset so when the customer runs it, there’s some productivity. That is still required and we hire for those roles, but now it is not only the asset but putting digital layers on top of it to extract data and create more productivity for our customers.

We need people who have the ability to sensitise an instrument to extract data from it and then make sense out of the data by using analytics on it. When you have the data, you need to use machine learning on it, and once that’s done, you have the AI model.

Take a motor for example. The energy consumed by a motor can be anything between 45-60% of the energy consumed in an industry. Now, over a period of time, these motors deteriorate and lead to a lot of failures at plants. That directly impacts production. So now, we can mount a sensor that’s just the size of a mobile phone on the existing motors and it starts picking up data from the motor. This is data about voltage, noise, etc. The data will provide you tell-tale signs that can help you predict if there’s a likely failure that is going to happen. So then you can take preventive action.

So yes, I still require engineers and technicians on the shop floor who manufacture motors, but I also require new-age engineers who understand how the motor works but they’re working on the sensor side of it; and not to build a sensor that costs me $1,000 (Rs70,000) but something that’s cheap but communicates with the cloud.

This example highlights that you need people who have a combination of two very different skills: understanding of a motor and technology. How are you navigating that challenge?

That’s exactly where the investments need to be done carefully. Last year, we started a training institute in Vadodra called ABB PowerTEC, where we bring young engineers who are tech-savvy and introduce them to the physical side of power components. By doing that, you can bridge the gap between the savvy youngsters and the infrastructure that they will have to work on.

Also, we pick up middle-level engineers who have expertise on the infrastructure side but may not be so tech-savvy. So we reverse the process for them and train them on the technology side. They know their work so mostly what you have to do is demystify technology for them.

You have to basically prepare and nurture talent over a period of time, it’s not instant coffee. You have to make them comfortable and then you can create value.

About three weeks back, we brought in 100 management trainees and we divided them into batches that will keep moving from one plant to the other so that they get a real hands-on feeling of the equipment. They also pass through the R&D cycle where the technology-related work is being done.

We are dealing with very serious customers. They are running their plants, which are billions and billions of dollars worth of investment. So it’s not just a piece of small software that you need. You need to have a workforce that is properly trained and also can see the risk and criticality on the client-side. So when you prepare a solution with that understanding, it typically is robust. That’s the reason we have survived for the last 130 years because whenever the technology or the industrial cycle changes, we do the same thing over and over. Today, it’s digital. Ten years back it was something else. Before that, there was something else. There’s always something to deal with. But the method to deal with the customer and the workforce more or less remains the same.

Do you feel that academia in India is doing enough to ensure that graduates are employable?

Most of academia is pretty much aware of the core technologies. So they educate and train students on that. But for these new-age technologies, it’s better to go to them and create pilots in the industry itself. For example, for smart cities or power distribution, we have gone to IIT Roorkee and as part of our CSR initiative, we have joined hands with them. We are creating a smart city distribution system within the university together with their students. It’s quite a sophisticated system we are installing and it’s backed by the ministry. The students can experience and experiment on that platform.

The problem has less to do with academia and more to do with the industry. We should find our own model of how to engage. Academia is quite willing to receive it.

Have you faced any challenges in upskilling or reskilling your mid-level professionals?

This is my 30th year at ABB and I can talk about the technologies that I learned in the 1990s, and the ones I picked up in 2000s, and the ones that are popular now. My company gave me the possibility to catch up with what’s latest and current. It’s the same thing with my colleagues. These challenges of reskilling and upskilling are more a problem at the IT-enabled services industry wherein they are doing nothing more than just providing manpower to larger corporations. If we look at the core of my company, it is all about domain expertise and that’s how we survive.

How do you keep pace with the changing technology landscape and evolving customer demands?

If you continue to do the same job over and over, that’s what tires you out. Technology per se is not complex, it makes things simpler and more productive. My attitude is that we never look at the changing technology, we only focus on the customer. If any technology or any change will add a new proposition for the customer, and I can create a new layer of income source for the company, that’s the motivating part.

Several leaders that we have interviewed in this series have said that data analytics is of great importance to them. You say the same. Why has data suddenly come centerstage? Also, is analytics really being effectively implemented?

Data analytics is a space where what you can measure is what you can control. Earlier the measurements were done manually and that used to take a lot of time. But now, it is easy to collect data directly from a machine or from the various activities that are going on. Once you have so much data coming directly to you, what your mind could not process earlier can now be done with software in a great way. You could not extract these patterns manually, and these patterns are good for deciding how to design the product for the future. And this can be applied in any area such as sales, operations, project management, services, finance, HR, safety, etc.

It is still in the early stages because to use machine learning or AI very effectively, we need to be data-rich. Your analytics is as good as the data you have mined.

Creating jobs for an overwhelmingly young India is one of the biggest challenges facing the new Narendra Modi government. Where will these jobs come from and what will these roles be? Quartz will speak to CEOs and human resource heads at some of India’s biggest companies and ask them about that one job that will be critical to their companies in the coming years. Here are the other stories in this series.