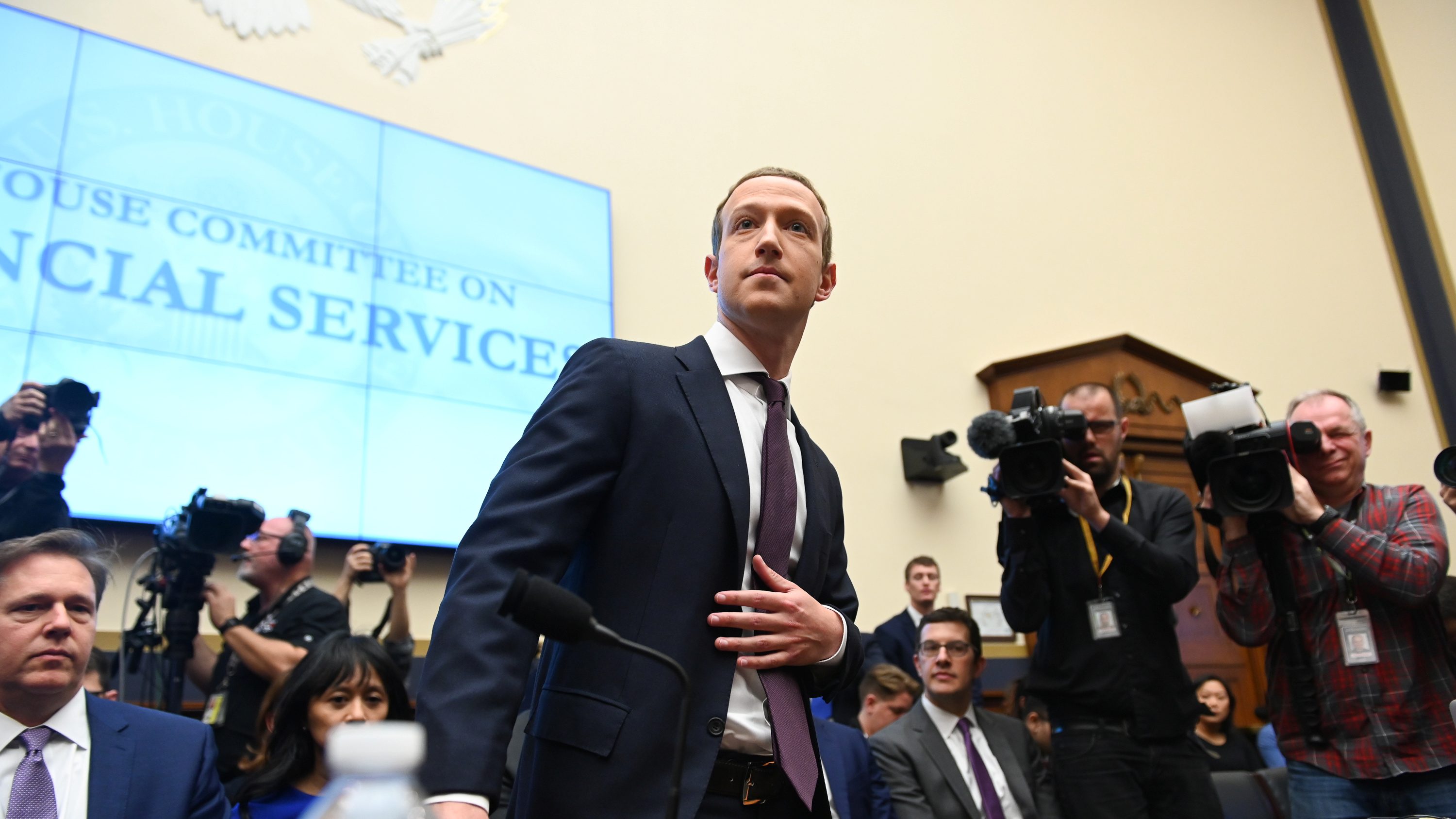 In his opening remarks, he discussed the plight of people excluded from the global financial system. “There are more than a billion people around the world who don’t have access to a bank account,” he said, “but [they] could through mobile phones if the right system existed.”

“The current system is failing them,” Zuckerberg added. “The financial industry is stagnant and there is no digital financial architecture to support the innovation we need. I believe this problem can be solved, and Libra can help.”

However, his answers to policymakers demonstrated little understanding of financially challenged populations. For instance, when representative Frank Lucas, an Oklahoma Republican, brought up users’ distrust of Facebook, Zuckerberg did not seem to realize the importance people ascribe to trusting their financial institutions.

“A significant portion of the underbanked simply do not trust banks,” Lucas said. He asked Zuckerberg: “Do you see this as being a major hurdle in the wide adoption of Libra? How do you persuade these people that you’re trustworthy and to use the system?”

Rather than discuss why people remain without bank accounts, Zuckerberg simply said that billions of people use Facebook and “trust that they can share content, messages, photos, comments with the people they care about.” He eventually admitted that users might avoid Libra because they don’t trust Facebook, but failed to recognize the root of the problem.

Nearly one-third of the unbanked population in the US doesn’t trust banks, according to (pdf) a 2017 survey by the US Federal Deposit Insurance Corporation (FDIC). Add Facebook to the mix, and it seems unlikely that Libra would address the trust vacuum.

An even greater proportion (52.7%) of the US’ unbanked and underbanked population reports they don’t have enough money to keep in an account. That’s perhaps something Zuckerberg, the eighth-richest person in the world, might struggle to keep in perspective. And what about the people who don’t have mobile phones?

When representative Gregory Meeks, a New York Democrat, brought up minority depository institutions (MDIs), Zuckerberg appeared unfamiliar with the term. MDIs are institutions that are mostly owned or governed and primarily serve minority populations. They play an important role in offering mortgages and small-business loans to low- and moderate-income groups.

“Words are different than actions,” Meeks told the Facebook CEO. If Facebook wants to help underbanked and unbanked populations in the US, it could do so through MDIs, the representative urged.

Where Facebook and Libra struggle most is that they’re presenting a solution without understanding the problem. “The poor and unbanked need pesos, they need dollars,” said Representative Brad Sherman, a California Democrat. They need to be able to “buy something at a local store.” He implied that Facebook’s proposition—that it’s helping the poor and unbanked through Libra—is disingenuous.

Unfortunately for Zuckerberg, an over-engineered cryptocurrency offered under the auspices of Facebook seems unlikely to improve the financial system.

Trump braces for a beef-free menu in India