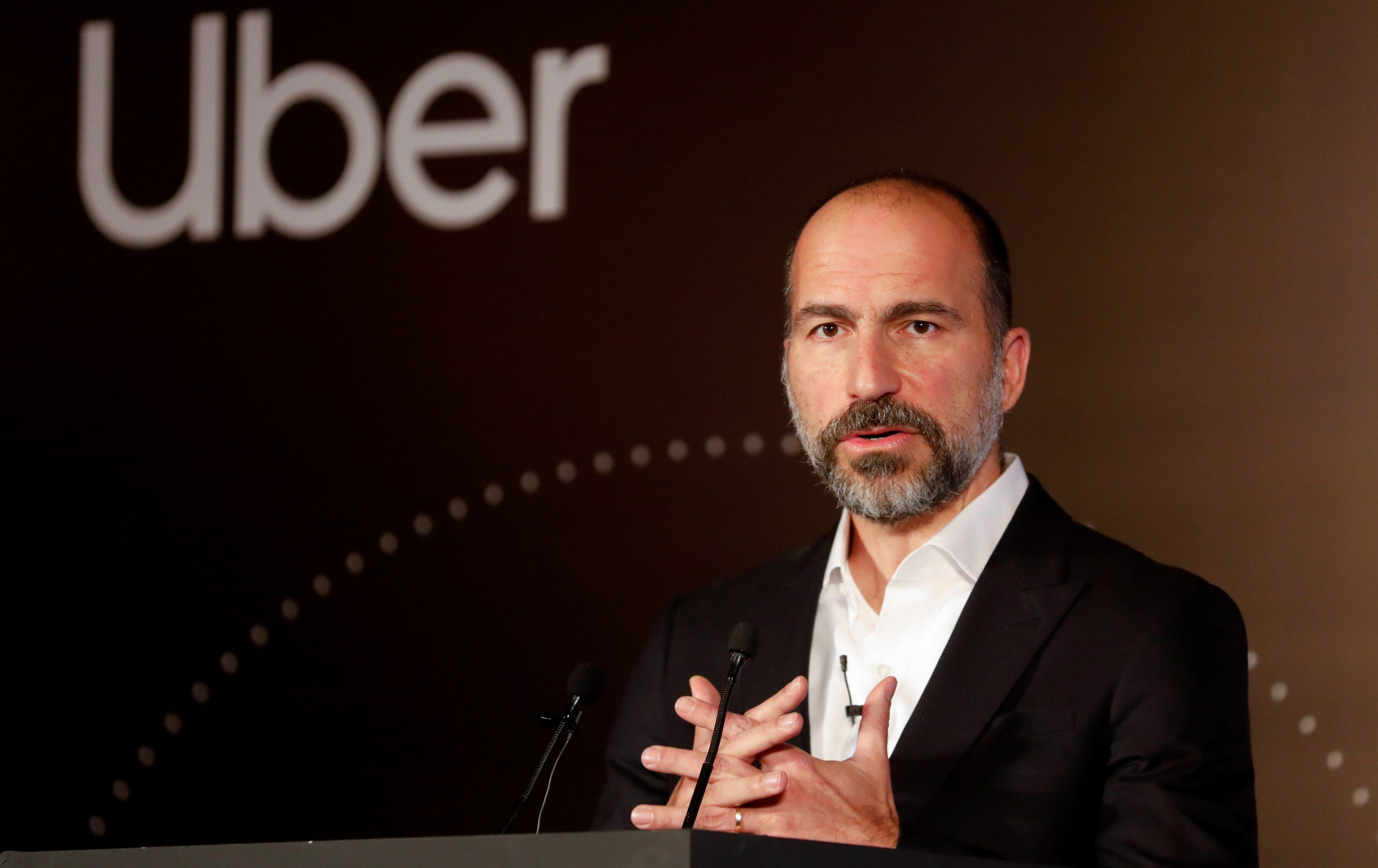 Despite the rising pressure to turn profitable, Uber is increasing its investment in India.

The country has been particularly difficult for the San Francisco-based firm because of intense competition with homegrown rival Ola, which has forced both the companies to keep fares low. Meanwhile, drivers in India have been logging out from ride-hailing platforms since the companies decided to cut back on incentives to improve margins.

Historically, Uber is known to exit markets when the going gets tough. In 2016, for instance, the company pulled out of China after having invested billions of dollars in the country. In 2018, Uber exited Southeast Asia.

But India is no China or Southeast Asia for Uber.

“India is core to Uber’s strategy for the next five to10 years and beyond,” CEO Dara Khosrowshahi, who is currently on his second trip to India since he took charge of the company in 2017, told reporters on Oct. 22. “Indian has a scale and also innovative talent. I’m very confident as far as the trends we see in India… we’re very confident of not only India’s profitability profile but long term growth profile as well. We’re here to stay.”

Khosrowshahi also announced Uber’s new bet on integration with India’s public transport. The company will set up booking kiosks and pick-up zones across 217 stations of the Delhi Metro and the Uber app will now show Delhi metro train routes and fares.

Here are edited excerpts of Khosrowshahi’s interaction with journalists at the event:

How important is India for Uber’s growth?

India is a big market, but it’s also a market that can be an innovation gateway for us into the rest of the developing world. If I look at Uber’s growth over the next 10 years, it’s going to be defined by markets such as India, Africa, and the Middle East, more so than the developed markets such as the US and Europe.

What we see here in India is obviously scale but also innovation. The Indian market is a very competitive market with a consumer who’s quite demanding. They want great prices, and they want great service as well.

India’s finance minister has blamed the slowdown in Indian automobile sales partly on millennials’ choice of ride-hailing apps like Uber and Ola. What’s your take on this change in India?

One of the enemies of innovation is established protocols and established industries. Our new world is always moving from where ownership was prized to a world of services. The newer generation’s dream is to have the freedom to essentially be able to have any kind of service on demand. For example, it is very inefficient to have a car parked at a station all day, drop it off, pick it up, etc. These are not the ways in which you would design a system from the ground up. So in the developed world where there’s very high (per capita) car ownership, to some extent that is a trap. It’s a trap that can sometimes prevent innovation because you’ve got essentially infrastructure that was designed for the last 10 years, versus the infrastructure that’s designed for the next 10 to 20 years. The opportunity here in India is that India doesn’t need to be trapped by this establishment. India can actually be the innovator, act fast. For the developing countries of the world, it could be a trailblazer.

Last year, Uber exited southeast Asia. Given the pressure on your share prices for profitability, what is going to be your strategy to make money in India?

I have had a chance to take a look at our portfolio, products, and businesses and then our geographic portfolio as well, and decide what parts of the portfolio were fundamental to our strategy going forward. And so we did make the decision in Southeast Asia, where we thought the better route was to partner up with, with our partners Grab, who we think are terrific and I’m very happy that we made that decision.

India is core to Uber’s strategy for the next 10 years and beyond. That also allowed us to make the strategic decision that India is core to Uber’s strategy for the next five to10 years and beyond. Indian has a scale and also innovative talent. I’m very confident as far as the trends we see in India. Some of our core products like our cars are becoming much improved on the profitability scale here. But we are going to continue to invest the profits from some of our more mature products into newer products such as Auto, Moto, and Transit as well. So we’re very confident of not only India’s profitability profile but long term growth profile as well. We’re here to stay.

You’ve called India an innovation hub. What are your big expectations from India in terms of features that can be adapted for other markets?

My prediction is that India is going to be a significant source of innovation that is unique to developing markets going forward. One example of that is the Uber Lite app. It’s an Android-based app that a team in India developed for low bandwidth and/or phones that have less memory. Uber Lite was launched here in India, and now it’s expanded in many markets in the Middle East, Africa, etc. These are the kinds of products we see India leading in and we need, especially as it relates to volumes going forward.

Uber is a digital company that builds products that intersect the digital world and the physical world. The issues that come with the physical world can be messy but also super-interesting. How to you deal with traffic, delays, or unexpected cancellations?

This combination of digital and physical makes it all more important that you’ve got talent for it on the ground who understand the state of play on the streets here. Because I think that an engineer in San Francisco—and for me, one of the reasons why I love getting out in India is that you just don’t understand the market until you walk the streets. That’s why we want to have local talent here building for India, and then extend it beyond.

When can we expect Uber buses in India?

So, Uber bus service is a relatively new product that we launched about 18 months ago. We originally launched in Cairo. And now we’re expanding in a few other markets such as Mexico. Right now we’re testing and learning how the service works to make sure that will maximize the utilization of the bus to think about what kind of space we have, etc. As that product matures, it is absolutely specifically targeted to Delhi and other developing markets to make sure that the Uber service isn’t just available to the more wealthy but it’s also available to everybody who lives in a city. For us, the bus is a very important factor in terms of making sure that we’re affordable to everybody.

How are you feeling about the lockup period for Uber shares ending on Nov. 6 (after which major shareholders will be free to sell their stake)?