It’s now possible to get lost at the new “mega MoMA.” That’s a good thing 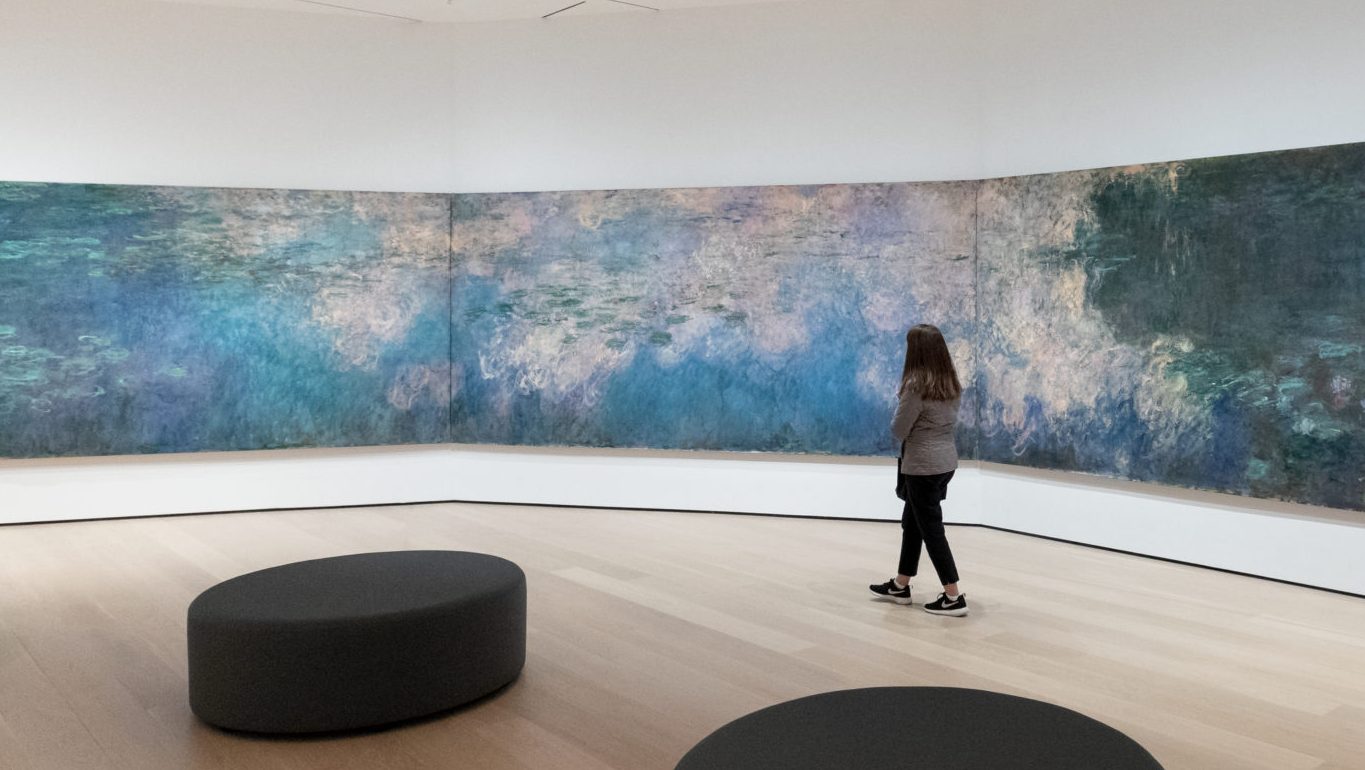 On coffee tables in the newly reopened Museum of Modern Art (MoMA), lie copies of a book titled “An Oasis in the City.” It suggests an art-filled, tranquil space, one that’s precious in manic New York City. But anyone who’s visited the museum in the past few years knows that idyllic picture is largely a myth. With more than three million visitors each year, a visit to MoMA was anything but tranquil. It heaved with tourists, who seemed more interested in taking photos than in the art.

The congestion problem was the reason for the 90-year old institution’s $450-million expansion campaign that has added 30% more gallery space. The new “mega-MoMA,” as the Financial Times (paywall) and other media outlets have dubbed it, has expanded westward. It’s taken over the plot once occupied by the American Folk Art Museum and has also crept into the neighboring luxury residential condo designed by French architect Jean Nouvel. MoMA’s new lobby feels airy and welcoming—it has double-height ceilings and there are sitting areas and free public galleries.

This is the result of a meticulously-planned three-year renovation by the interdisciplinary design studio Diller Scofidio + Renfro in collaboration with Gensler, the world’s largest architecture firm. During a walkthrough with Quartz, Gensler’s Madeline Burke-Vigeland and Chris Andreacola of Diller Scofidio + Renfro explain the process of untangling MoMA’s traffic problem. Many observational studies, crowd simulations and stress tests were conducted, in order to anticipate the droves of art lovers who descend en masse to the museum, especially on rainy days, and Fridays when admission is free. MoMA hopes to increase its visitor numbers to 3.5 million after the renovation. 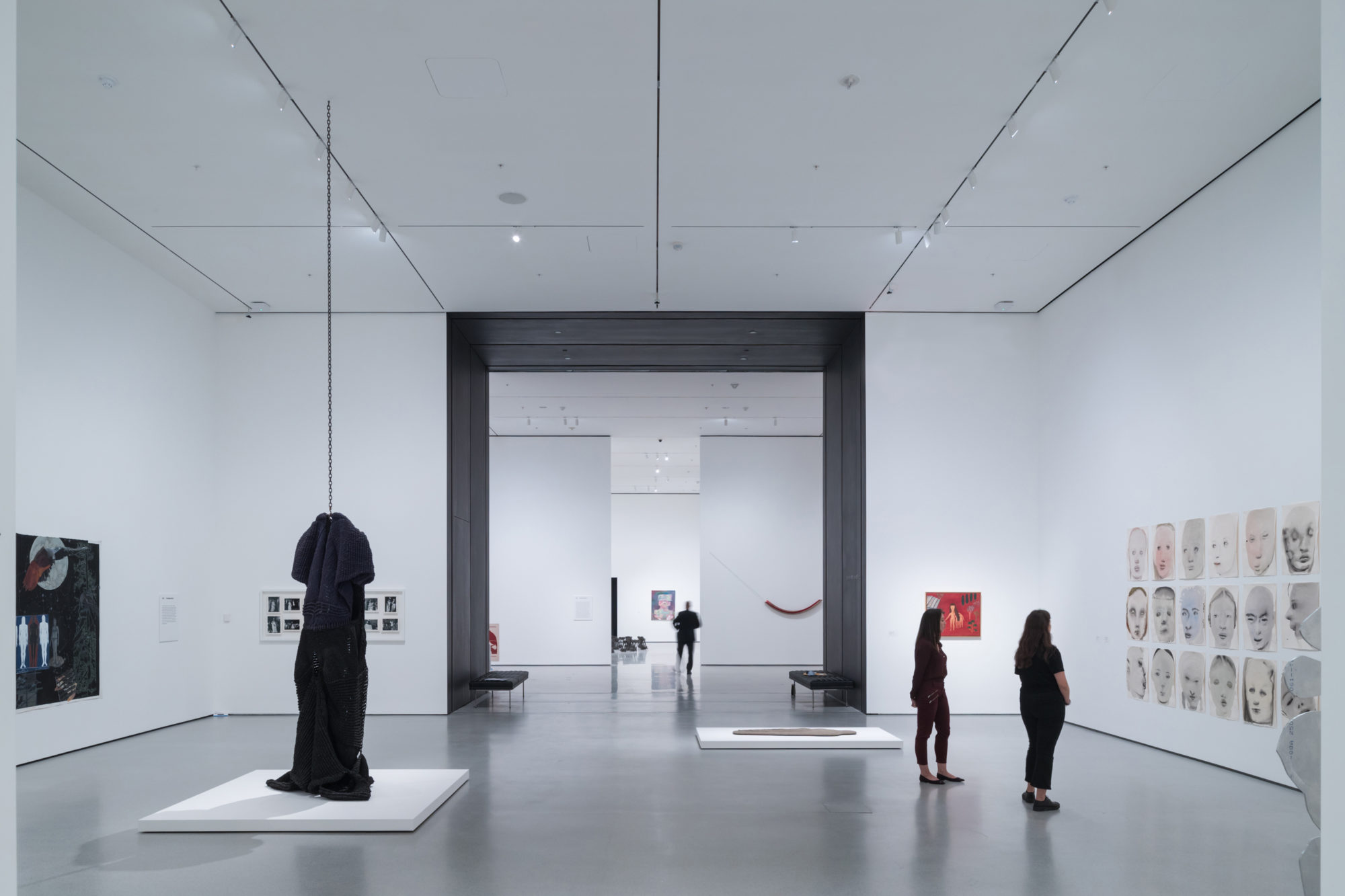 Repeat visitors marveled at how big and different the museum had become. Until MoMA closed in July to allow curators to rehang the art, few had fully grasped that major renovations had been underway since 2016. To their credit, the architects had found a way to keep most of the museum open almost the entire time the space was being re-configured. Burke-Vigeland explains that they broke up the job into “buffer zones,” working slowly through a series of “micro-phases” to minimize the disruption to the museum. 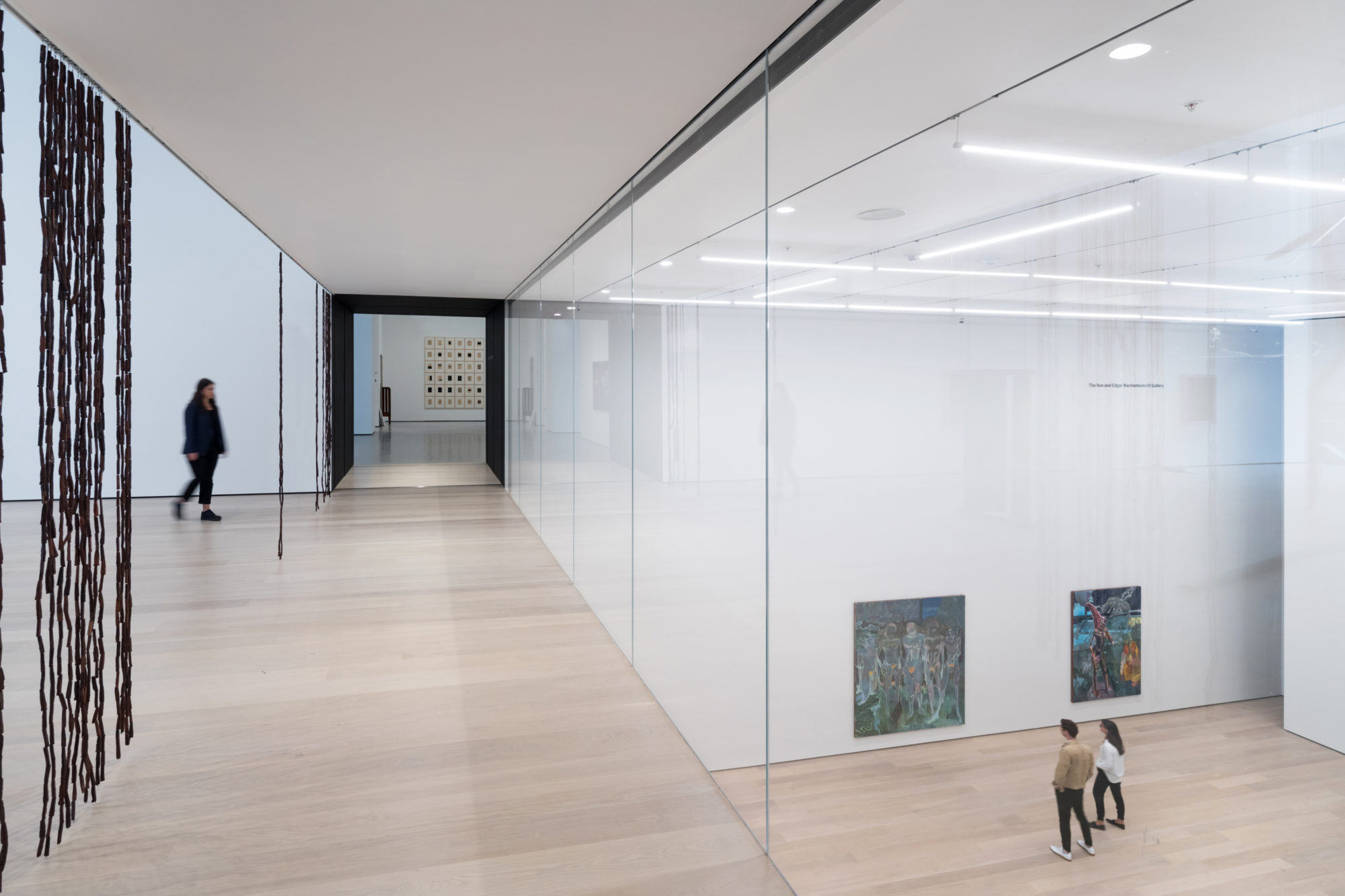 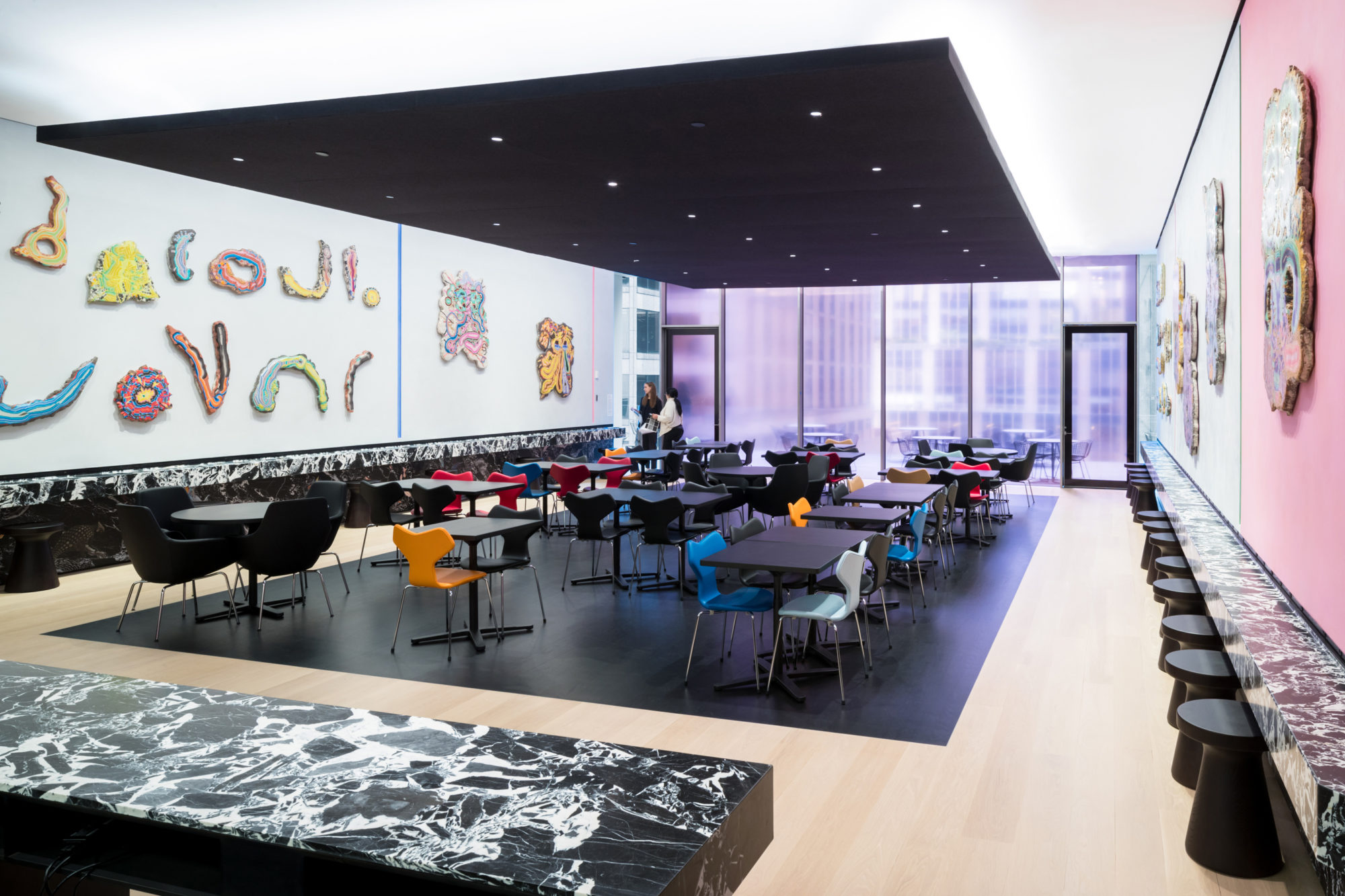 It wasn’t just the architecture that was new. Timed for the re-opening of the museum, MoMA underscored its resolve to regularly “re-choreograph” and rotate a third of its collection galleries, in recognition “that there is no single or complete history of modern and contemporary art.” Eschewing the chronological approach that underscores “isms” in art, curators are remixing masterpieces with lesser known works. Henri Matisse’s “The Red Studio,” for instance, currently hangs next to “Fiery Sunset,” by the African-American expressionist Alma Woodsey Thomas.

The initial configuration didn’t instantly win over everyone. Impressionist fan Liz Bejarano, for one, film “Entuziazm” (Enthusiasm). “This noise—this mix of classical art with I-don’t-know-what art—disturbs me a little,” she said. 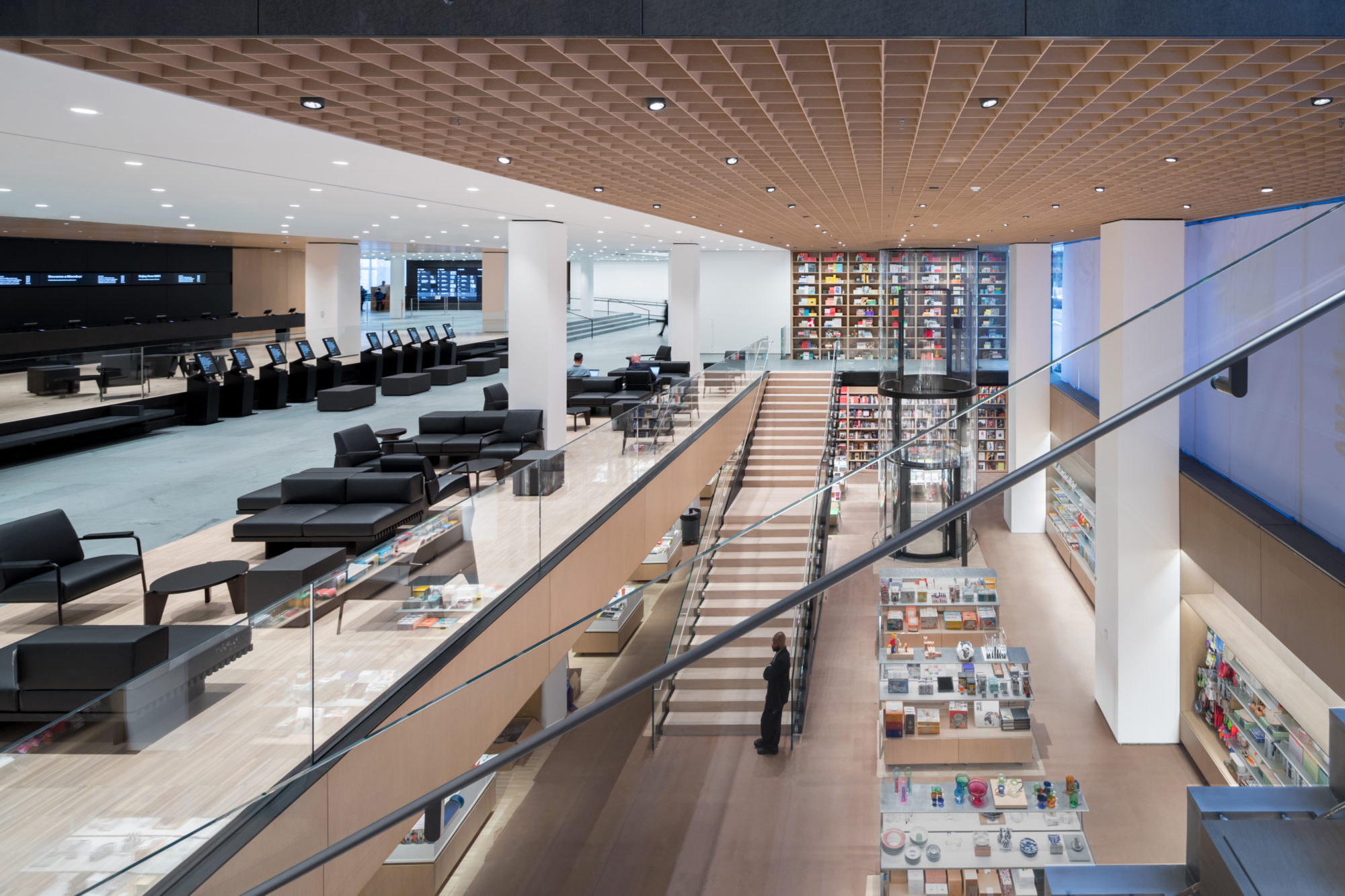 Arguably the moments of friction ought to be celebrated in a place like MoMA. Many visitors have noted how easy it is to get lost in the renovated museum—and that’s a good thing. Its snaking, complex floor plan, and unexpected art placement is a relief from the strict grid of Manhattan and our over-scheduled daily itineraries. At its core, a museum offers space for introspection, attentiveness and inspiration—a place where we might shed our old patterns in favor of surprising turns and discoveries. It would be a shame to navigate straight to Vincent Van Gogh’s “Starry Night,” when one might chance upon the genius of Swedish artist-mystic Hilma af Klint, or the electric canvas by the Russian constructivist painter Aleksandra Ekster on the same floor.

It’s early days at the new MoMA and perhaps that oasis might be possible to find after all.