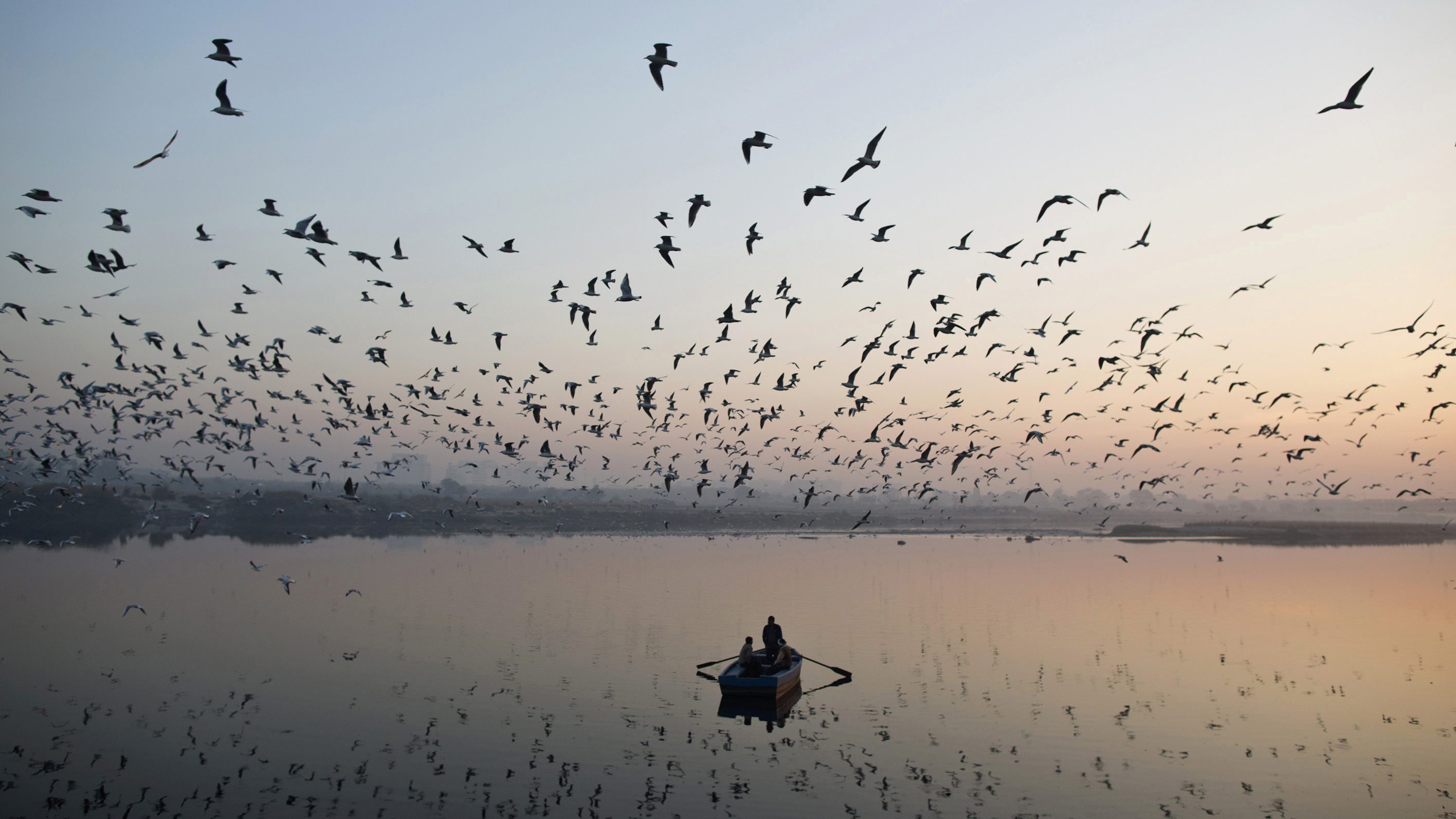 As a child, I spent hours in the mud patch outside my house watching the big black ants that arrived at the start of the monsoon walk in single file to the storm-water drain some distance away. I made tiny homes for them in the mud, decorating them with leaves and stones as I stared at the creatures in rapturous awe. I’m quite sure that I became a champion for green causes not because of any wildlife documentary I watched but because of close and regular interaction with nature in my formative years. Scholars who have researched the subject confirm this belief. In 1980, Thomas Tanner, from the University of Iowa, researched how “significant life experiences” in early childhood that help engage with nature contribute to making environmentally conscious citizens.

I set out to explore two examples of ecological restoration in urban settings, in Delhi and in Bengaluru. The first is an urban restoration/rewilding project on a patch of forest taken up a group of citizens just on the edge of Delhi. The suburban city of Gurugram in north India, known for its high crime rate, massive traffic snarls, and snazzy high-rise corporate offices, symbolises all that is going wrong with a city—poor planning, a depleting water table, and virtually no public transport. But an enthusiastic bunch of citizens have organised themselves under the banner of “I AM GURGAON” to turn things around. Leading this group is 45-year-old Latika Thukral, a banker who gave up a corporate job to pursue her dream of setting up an NGO for a greener city—Gurugram, her home for the past 16 years. Over the past decade, the organisation has succeeded in healing nearly 550 acres of land and turning it into the Aravali Biodiversity Park. Today, the park is a repository for native flora and fauna of the Aravalis; it has a water-conservation zone, an educational space to spread awareness about environmental issues— particularly among children—and a recreational space as well. In one visit to the park you can encounter a mixed coterie of people, from the morning walker to the avid birdwatcher.

The Aravalis once extended from Gurugram in Haryana all the way to Rajasthan and Gujarat, covering over 700 kilometres, and had their own unique biodiversity. Over the years, parts of the Aravalis, especially in Haryana, have been ravaged or lost due to rampant mining. Latika and her team decided to change all that. They could have just built an urban park for their morning walks. But they went a step further—and entered into a partnership with the government to build a biodiversity park. This meant planting indigenous trees and bringing back local species typical to the Aravalis. Now, with over 150–200 species of native trees, shrubs, herbs, climbers, and grasses; over 170 species of birds (black kite, shrike, drongo, sparrow and bulbul); and animals like the civet cat, jackal, nilgai, porcupine, hare, and mongoose, the biodiversity park is teeming with life. “Our vision was to give Gurugram something it could cherish. Greenery was the answer since Gurugram is located in the Aravali ranges and used to be lush and green, before the hills were ravaged by extensive mining,” explains Latika. “We took over the park in 2009 from the Haryana forest department, and since then, the survival rate of saplings has increased from 10 per cent to 40%, which has encouraged us a lot.”

Nearly 2,000 kilometres away from Gurugram, in India’s Silicon Valley, a similar initiative was taken up. In this case, the objective was the revival of a forgotten wetland.

Bengaluru’s tree-lined avenues, bungalows with majestic gardens, large parks, and scenic lakes have, in the past few decades, faced an unprecedented onslaught. Rapid growth and urbanisation have converted most of the wetlands into dumpyards or sites for discharge of industrial effluents. A study conducted by researchers from the Indian Institute of Science in March 2016 revealed only four of the 105 surveyed lakes in the city to be in good condition. Further, 25 lakes were in a very bad state, entirely covered with macrophytes (thus affecting the diversity of the lake) or dumped with solid or liquid waste and with little or no water. The most alarming finding was that not even one of these lakes had water that was fit for drinking according to standards laid down by the central pollution control board. Fish deaths and foam, indicating toxicity, were reported from most lakes across the city.

Even as Bellandur became a big issue, a group of citizens had decided to take matters into their own hands to transform another lake, the Kaikondrahalli, into a rich biodiverse ecosystem.

Spread over 48 acres, Kaikondrahalli Lake lies on the southeastern periphery of the city. In mid-2008, in response to a newspaper report that the Bengaluru Corporation was planning a restoration of this lake, local residents formed a group with experts in engineering, ecology, education, and outreach. This group would interface with the government in order to refine the plans, keeping in mind ecological principles. Priya Ramasubban, a documentary filmmaker who had moved to the area, was motivated to do something for the lake. A founding trustee of the Mahadevpura Parisara Samrakshane Mattu Abhivrudhi Samiti and an active advocate of the project, Ramasubban says that she’s always been drawn to nature, even as a child. She recalls that a good part of her childhood in Chennai was spent on turtle walks that a local NGO organised.

A year after restoration, the lake had attracted over 50 species of birds and a rich variety of butterflies, frogs, toads, and snakes. The variety of animal and insect biodiversity has grown substantially since then, with many more bird species added to this list. Biodiversity experts have recorded more than 43 species of birds, 26 species of reptiles, and 3,000 plants. Amateur naturalist and birder Vinodh Venugopal, who frequently visits the Kaikondrahalli Lake, has photographed different species depending on the season. He has seen pond herons, egrets, coots along with white-throated kingfishers, cormorants, and darters. In August, spotbilled pelicans, painted storks, and Asian open bills dominate for a couple of months. The two huge fig trees found here are home to large numbers of frugivorous birds like the Asian koel, white-cheeked barbet, roseringed parakeet, the common myna, and the jungle myna. Rat snakes and checkered keel backs are common during the monsoon, along with 11 species of frogs that have been identified here. The return of the birds, amphibians, and reptiles is an indicator that the lake ecology has been restored.

Excerpted from Bahar Dutt’s Rewilding: India’s Experiments in Saving Nature with permission from Oxford University Press. We welcome your comments at ideas.india@qz.com.