Why Louis Vuitton opened a factory on a ranch in Texas 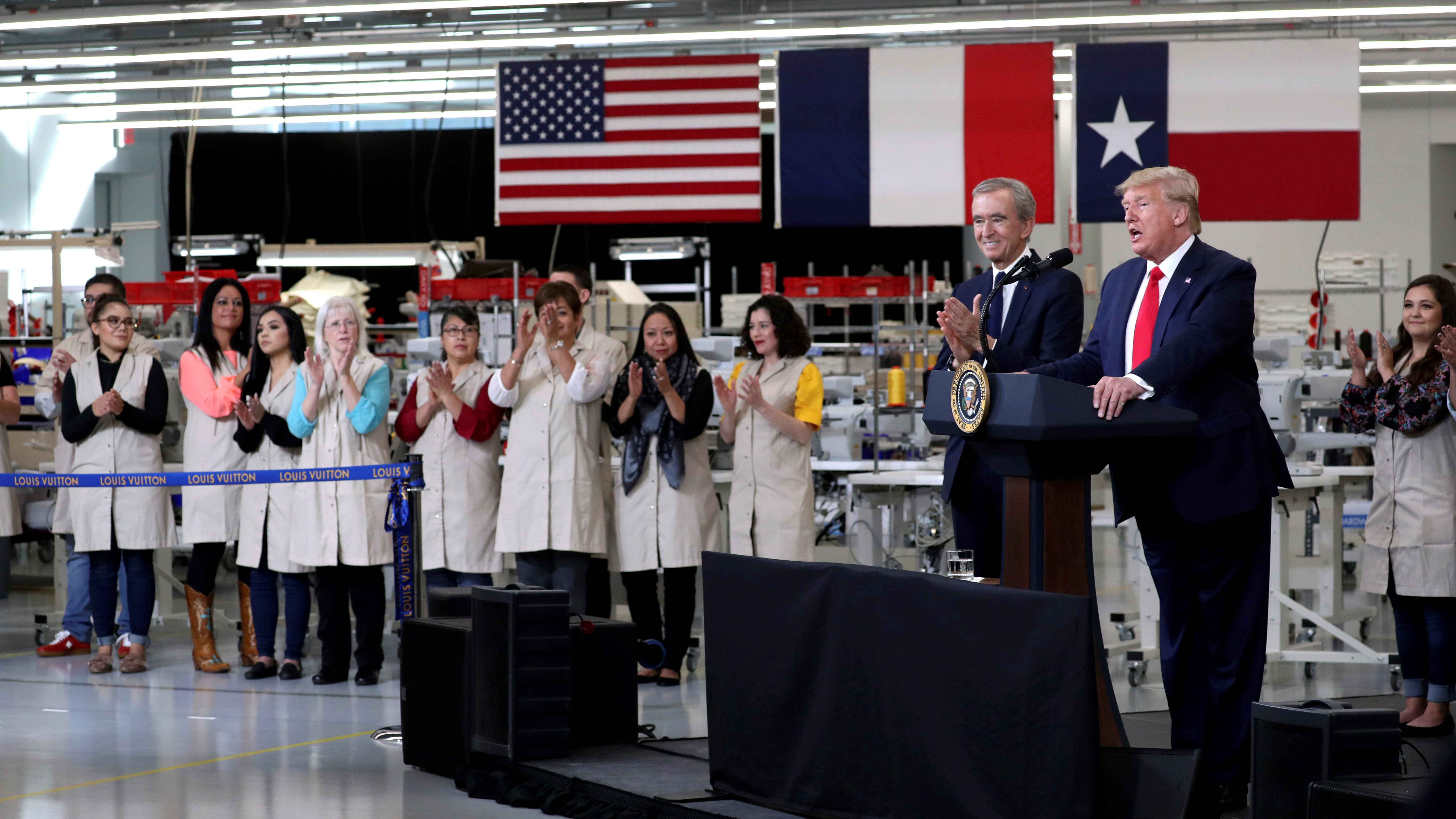 Johnson County, Texas, a sparse stretch of grassland just south of Fort Worth, is not the place you imagine France’s Louis Vuitton producing luxury handbags. But since June, a workshop on a ranch there has been busy making six styles of bags and backpacks for the world’s biggest luxury brand.

Why Texas? Money, of course.

Louis Vuitton is the largest brand of LVMH, the luxury conglomerate, and the US one of its most lucrative markets. Despite an overall decline in US spending on handbags, LVMH’s US sales have continued to grow. In a statement, the company said the new facility is opening to “meet the ever-growing demand for Louis Vuitton products in the American market.”

In 2018, LVMH did about $12.5 billion in sales (pdf) in the US. Technically Asia brought in more, but that was across all of Asia, excluding Japan. “The US market is number one for LVMH in the world,” Bernard Arnault, CEO and chairman of LVMH, Louis Vuitton’s parent company, said at a ribbon-cutting ceremony yesterday (Oct. 17), according to a local NBC affiliate. Joining him was US president Donald Trump. They spoke and took pictures with the workshop’s employees against a backdrop that included the flags of France, the US, and Texas.

Local manufacturing has long been a key part of its business. The company already runs two manufacturing workshops in California. Over the past 30 years, the New York Times notes, about half the bags Louis Vuitton has sold in the US were made in the US. 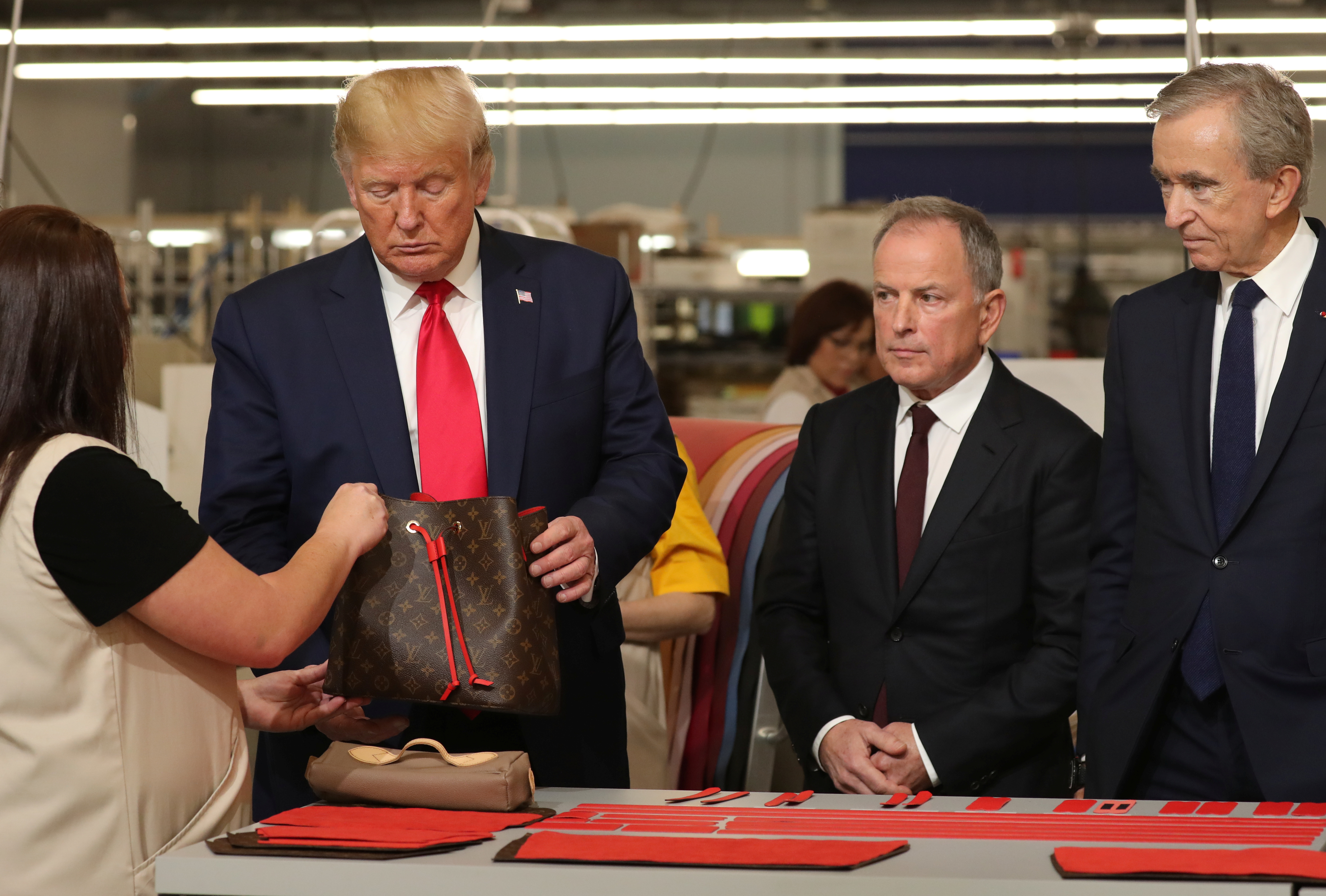 Trump inspects the goods with Michael Burke, CEO of Louis Vuitton, and Arnault.

Being able to produce more bags within US borders offers some important advantages. One, Louis Vuitton can avoid import duties on its products, including any new tariffs Trump may impose as his trade spats escalate. (So far those haven’t been a major issue for Louis Vuitton.)

Perhaps more importantly, it allows the company to respond quickly to demand. Louis Vuitton has been bolstering its supply chain, improving its speed and data-crunching ability as it works to keep up with rising sales globally. The faster it gets, the fewer products it has to produce in advance, cutting down waste and costs. “We used to forecast—now we react,” Louis Vuitton CEO Michael Burke told Bloomberg last month.

Rather than ship products from Europe to stores in US cities, it can do it much more quickly and cheaply from Texas and California. The company told the New York Times it chose Texas for its central location, giving it easy access to the coasts, as well as its history as a leatherworking center. Johnson County gave it a 10-year, 75% tax abatement worth about $91,900 a year, though it said that wasn’t central to its decision to open the new facility.

Louis Vuitton says the workshop will ultimately create about 1,000 jobs for the area. At the ribbon-cutting, Trump praised the company for its $50-million investment in Texas. “Today, we continue the extraordinary revival of American manufacturing, and we proudly celebrate the opening of the brand-new Louis Vuitton—a name I know very well,” he said. “It cost me a lot of money over the years.”