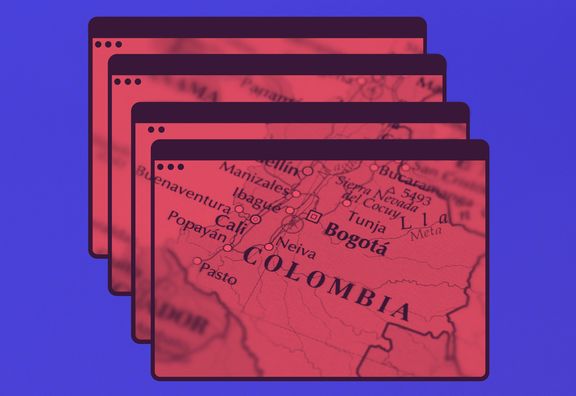 In 1995, 30-year-old Maria Trujillo was pregnant with her first son Martin, and people told her to stop working so hard. She’d just helped connect Colombia to the internet for the first time, and now she was busy preaching the word of the web to university students and faculty in Cali, Colombia’s third largest city.

Trujillo had set up the internet connection at Cali’s public university, and now she wanted to make sure people actually used it. Being pregnant helped. “I was pregnant with an idea,” said Trujillo, who is now a faculty director and associate professor at Georgetown University.

“I was pregnant with an idea.” She wrote a manual called “Internet Para Todos”—Internet For All—to teach people how to use the internet. To get new users excited, she told them they’d have access to information they’d never had before. She didn’t worry too much about explaining the technicalities of how it worked. The internet is like a phone, she recalled telling students in training sessions—“It’s easy to use but difficult to describe and construct.” Nobody expects to understand how phone line infrastructure works before they talk into it, she said. “It’s the same thing with the internet.”

Trujillo, of course, understood exactly how it worked.

Starting in 1992, in her twenties, Trujillo had been the only woman on a large, technical university team that led the effort to bring the country online for the first time. A Colombian magazine nicknamed her “La Chica Internet”—The Internet Girl. By the time she turned 30, Trujillo was leading Colombia’s then-largest internet network, Red Farallones, named after the cluster of the Andean mountain range overlooking Cali. And she did it all during one of the most dangerous and uncertain times in Colombia’s history—the peak of its armed conflict. 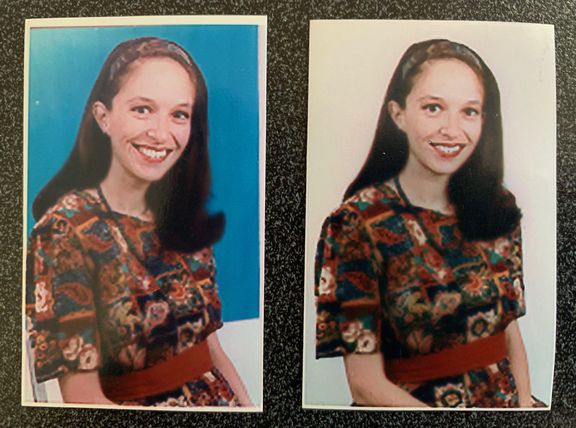 A photo of Maria Fernanda Trujillo, taken in 1995, when she was pregnant with her son Martín.

The rise of Red Farallones

Today Colombia boasts one of the fastest growing IT economies in Latin America. Last year it ranked third in Latin America and the Caribbean for the ease of doing business, according to the World Bank. But the country was only officially connected to the internet for the first time in 1994, at its universities, via a tenuous satellite connection set up between the National Science Foundation in Florida and Universidad de los Andes in Bogota (one of the early uses of that connection: chatting online).

Colombia was one of the last countries in Latin America to get internet access. That was a hassle for Trujillo who’d spent a year in Scotland earning her masters in artificial intelligence. In her time there, she had gotten used to scrolling through her email and turning to the internet when she needed to do research.

Most Colombians didn’t even know what the internet was at the time. When she came back to her home country, Trujillo said it felt like arriving home to a place without electricity. It was hard for her to get used to. She was accustomed to using the internet in her academic life, and the country felt stuck in the past.

As internet use took off at universities elsewhere in the world, academics at Colombian institutions had to settle for a sort of slipshod internet replacement. Messages sent via BITNET didn’t arrive in a person’s digital inbox—instead, they were sent online, then printed out by computing center university staff and placed in users’ cubby boxes. To Trujillo, that wasn’t good enough. “The internet is interactive. I send an email then a person gets it. The person answers me and I get it in my inbox. [Other people aren’t supposed to be] reading my emails,” she recalled saying.

In 1992, she got a job working as the chief of academic computation at Universidad del Valle, a public university in Cali, where she led analysts and programmers to modernize different university processes. It was here she worked to launch Red Farallones, the university’s own internet system, which cost US$1 million at the time and about US$1.8 million today. Her first goal was to connect the university’s library, admissions, and registrar’s office—the school needed a new way to produce grades, access research, and accept students. Secondarily, she wanted to connect the university to the outside world.

It was the universities taking the lead. Trujillo and her collaborators—Gonzalo Ulloa, Jerry de Raad, and Carlos Trujillo, her father—worked to develop a microwave link and radio transmission, the best technique at the time for small distances, to connect the main university campus and the downtown location, about six miles apart. They also replaced the school’s gigantic mainframe computer, a Burroughs 5900, with powerful small computers called Sun Microsystems workstations, which were state-of-the-art at the time. They lifted the old room-sized mainframe through the computing center with a crane, Trujillo recalled. It was recycled as scrap metal.

The Sun Microsystem workstations, which acted as servers, were spread throughout the university’s departments to give more users access to the network. In 1993, the team used a national data network called Coldapaq and, later, satellite links to connect to two other university networks—EAFIT in Medellin and Universidad de los Andes in Bogota. Universidad Nacional, telecommunications company Telecom, and an organization called The Colombian Institute for the Promotion of Higher Education (ICFES) also joined the network. The public-private partnership was called la Red Universitaria Nacional de Colombia (RUNCOL)— the National University Network of Colombia.

These universities and organizations had created the first mini internet system in the country. At the time, they were the only ones connected—the average Colombian wouldn’t have been able to connect, even if they had a device that could do so. Ulloa, who helped launch Red Farallones, said it’s difficult to say now how many users RUNCOL had, since each mini network had its own administrators.

In Cali, much of Red Farallones was run by 20-somethings. Trujillo hired a 60-person technical committee—mostly undergraduates aged 17 and up, including women—to administer the servers, which consisted of monitoring servers to make sure they were functioning properly and creating accounts for new student users. They were trained by de Raad, a Swiss engineer who was 23 at the time and is now a lead engineer at Microsoft. De Raad was later replaced by Rolf Grau, another Swiss engineer.

The student administrators were proud of their work. They didn’t get paid much, but being the keepers of the internet made them feel like part of a special club. They even walked around the university sporting Red Farallones jackets and t-shirts, which featured a stitched outline of the Farallones mountains. 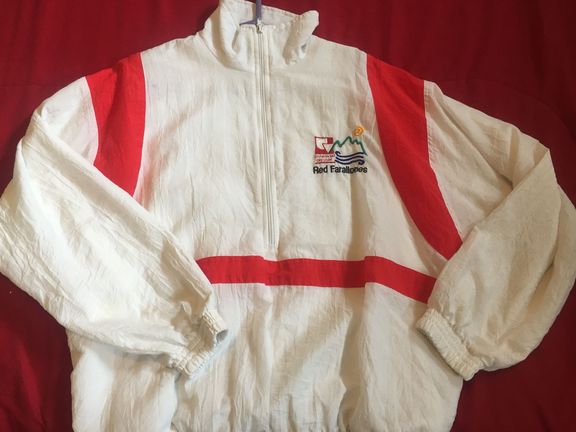 A Red Fallarones jacket worn by the network administrators from 1995

One member of the technical committee, Luis Cáceres, said administering the servers completely absorbed him; many administrators were majoring in electronic engineering or similarly technical fields, and were obsessed with learning about the new internet. It felt like the start of the future, and they were playing a key role in its rise. “We spent weekends at the university with the servers, vacations too. I remember well that one December Maria Fernanda [Trujillo] sent everyone home, saying, ‘Nobody is going to spend their vacation working here, for mental health reasons,’” Cáceres recalled.

The university network had laid the groundwork, but to get non-academics from around the country online, the network and physical infrastructure needed to expand even more. Colsciencias, the government department for science, technology, and innovation, joined forces with the university network; together, these organizations created a corporation called InterRed to expand the Colombian connection. Colciencias and ICFES financed the national network, while the universities developed the technical aspects, like satellite links, that would be used nationally. They also paid for their own local networks. According to an article published in Colombian newspaper El Tiempo, InteRed cost 1.8 billion pesos at the time—about US$3.7 million today.

By the end of 1994, many regions in the country had internet access. And by 1996, 35 Internet Service Providers (ISPs) had popped up to compete with InterRed.

Just three years after Trujillo began working on this project, Red Farallones had grown into Colombia’s largest internet network and infrastructure, according to another article published in El Tiempo in 1995. The article stated that Red Fallarones had more than 1.9 miles of fiber optic cables, 28 miles of structured cable, 15 servers, and about 1,000 users. All that infrastructure allowed students and teachers to connect to the internet from home, or from any other point in the network, it reads—this was free at the university but had a cost for external users. Finally, the campus was connected to the outside world.

Even though access was limited at the start, Trujillo said the internet made Colombians, particularly students, aware that their lives could be better. “People knew that they shouldn’t be getting a piece of paper that was cut from the computing center as their email. They were going to get an email on their desktop in a matter of seconds,” she said.

Since the internet grew slowly in Colombia, it might not have been widespread enough to fill information gaps during the darkest years of the conflict. And though the country is more peaceful and politically stable today, fighting between government forces and other guerilla groups continues. Thanks to the internet, many Colombians have more access to information about what’s going on—they can check social media accounts of government officials, but also those of guerilla groups, to get the full picture. The FARC, the group that signed a peace accord with the government 2016, had been active on social media throughout the peace talks, for example.

Expanding internet access across the country is a facet of Colombia’s peace-building efforts. A plan to improve connectivity is included in the peace accord with the FARC. In theory, this would help address the large digital gap between socioeconomic groups—around 22% of people who live in Colombia’s poorest areas use the internet, while 98% of those in the richest neighborhoods do.

“We were all thirsty and water came. For all of us, not for a few.” Trujillo left Colombia in 1997 to pursue her PhD at Tulane University; she wanted to change her academic focus to study how technology affects people’s quality of life. Today, as a professor at Georgetown, she studies the impact of technology in the global south.

Internet use in Colombia started to rise in the mid-2000s. And now the internet now has turned into an essential service like water or electricity, said Trujillo. “We could have never in our wildest dreams predicted the nuances and variations of apps and uses.”

She hasn’t forgotten about the roots of the movement. In her Georgetown classes, she often lectures on what she calls The Internet Girl Effect. It’s when, in any project around the world, “all the conditions are met so that a project is successful and makes an impact on the quality of life of the people that are involved,” explained Trujillo.

“We were all thirsty and water came. For all of us, not for a few.”