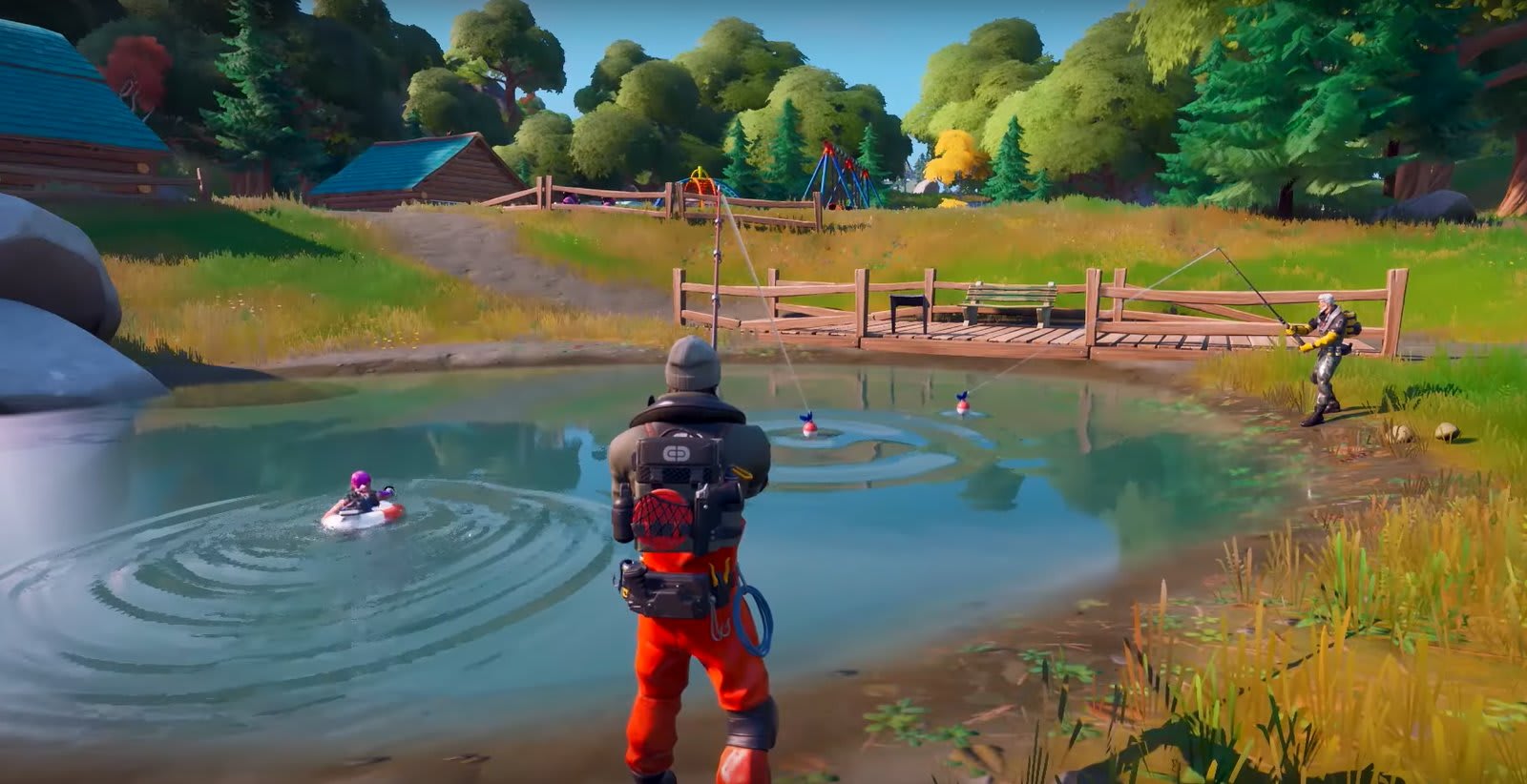 Fortnite is set to return from the void with a major overhaul, if a leaked trailer is anything to go by. The original, constantly evolving battle royale map was destroyed in spectacular fashion Sunday, leaving only a black hole for players to look at. As has been rumored, Fortnite Chapter 2 is set to debut an all-new map. It seems there are plenty of other fresh features in store, including boats, swimming and fishing. The trailer for Season 1 of Chapter 2, which is said to have been shared with Epic's permission, also showcases pogo sticks and the ability to carry downed teammates.