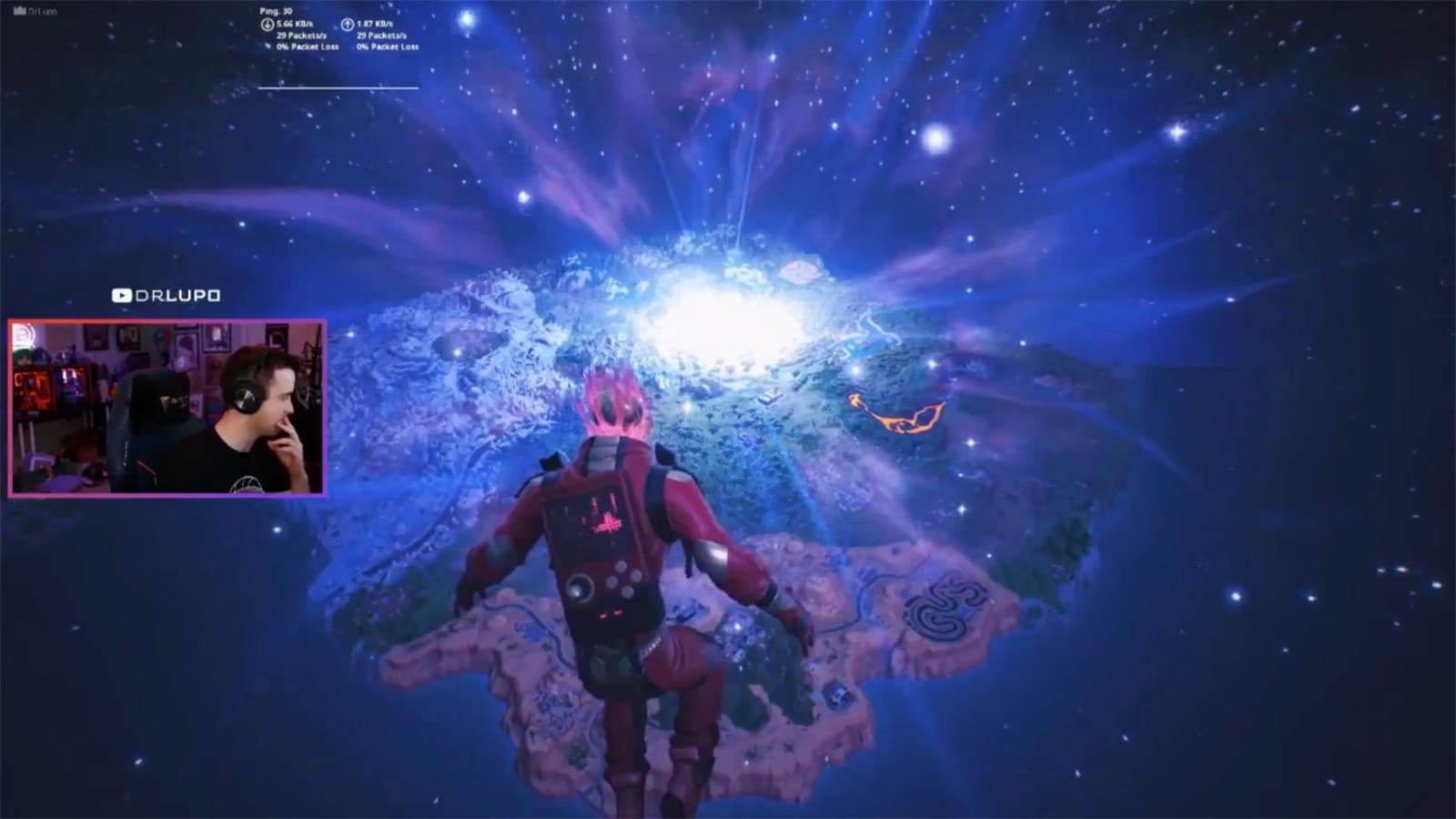 The leaks were on the mark -- Fortnite's original map is no more, at least as far as anyone can tell. The battle royale title's hyped-up The End event saw a missile launch into the sky and trigger a massive amount of rifts, culminating in a meteor strike that appeared to wipe out the map and suck players into... something. It's not clear what follows next (it doesn't help that Fortnite and Twitch both melted down during the event), although DrLupo's official stream ended with a mysterious eclipse or black hole glowing in the distance. Those who stayed in Fortnite could play a mini game.