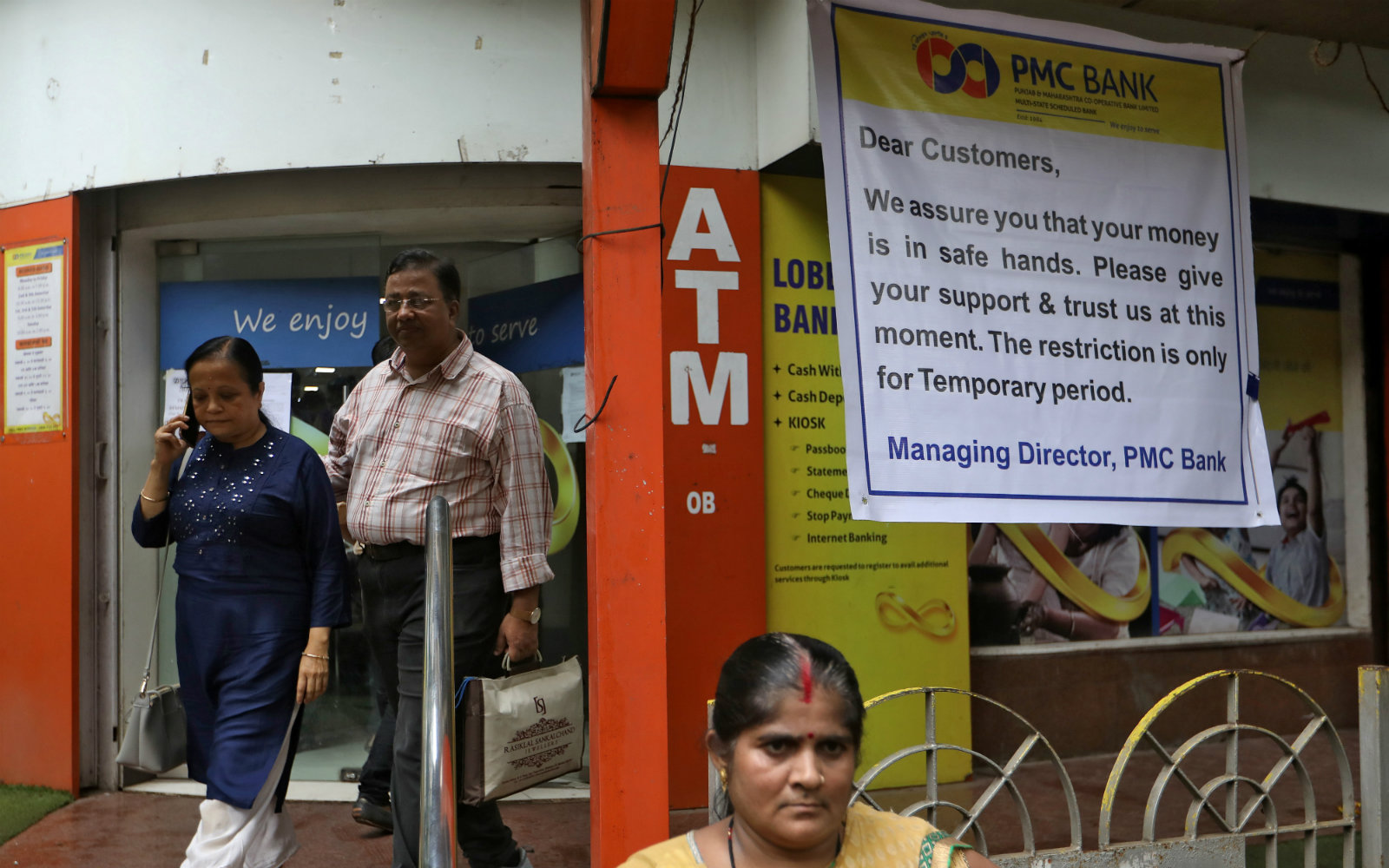 It is distressing to watch depositors of Punjab & Maharashtra Co-operative (PMC) Bank weeping on TV about their life savings being in jeopardy. With withdrawals from the troubled institution limited to Rs25,000 ($351), where does the responsibility for the problem lie, and how can we ensure this will not be repeated?

The Reserve Bank of India (RBI) has been entrusted with the responsibility of safeguarding the interests of the public in their dealings with banks and financial institutions. Hence, the failure of PMC Bank is not only a failure of the institution’s management: the RBI must also share the blame.

The trouble at PMC Bank follows the government’s move to recapitalise public sector lenders with over Rs1.5 lakh crore of money from the citizens of India.

Our regulators, commissions, and ombudsmen are mandated to be the checks and balances of our democracy. Yet, the majority of the people who head these organisations are selected as an act of political patronage and are not fit for their jobs. There is most often no transparency or logic in their selection. Besides, most of them have little accountability. The RBI is not an exception.

The Right to Information (RTI) Act was designed to make citizens the monitors of these organisations and to ensure accountability. Yet, the regulators behave like the emperor without clothes. They are reluctant to share information with citizens in the belief that they know what is good. This is the consequence of a deadly mix of arrogance, incompetence, and corruption.

The central bank had, through a circular dated April 23, 1994, directed banks to send a report on their defaulters, which it would share with all lenders, with the following objectives:

1. To alert banks and financial institutions and to put them on guard against borrowers who have defaulted on their dues to lending institutions.

2. To make public the names of borrowers who have defaulted and against whom suits have been filed by banks/financial institutions.

In short, it wanted to share information with its master—We the People—to help us make informed decisions.

From there, it slowly went down the path of labelling defaults: Corporate Debt Restructuring, Strategic Debt Restructuring’, and many others. By this, they were able to artificially and dishonestly bring down the total value of Non-performing Assets (NPAs).

When citizens sought information about defaulters, inspection reports, or audit reports of banks, or details of action taken against banks, the RBI refused to give these even to RTI applicants.

The Central Information Commission (CIC), set up under the RTI Act, ruled in ten decisions that all of these must be made available to citizens.

“Merely because disclosure of such information may adversely affect public confidence in defaulting institutions, cannot be a reason for denial of information under the RTI Act,” it stated. “If there are certain irregularities in the working and functioning of such banks and institutions, the citizens certainly have a right to know about the same. The best check on arbitrariness, mistakes and corruption is transparency, which allows thousands of citizens to act as monitors of public interest. There must be transparency as regards such organisations so that citizens can make an informed choice about them.”

All ten decisions were confirmed by India’s supreme court in December 2015. It reprimanded the RBI for creating an in terrorem effect and quoted approvingly the CIC’s statement:

The RBI defied these orders despite the supreme court judgment and a contempt petition had to be filed against it.

It is essential for the central bank to understand its primary role of service to citizens and to realise that India will benefit if it transparently does its job of regulating financial institutions. Citizens must insist on this.

All the decisions mentioned in this article were given by Shailesh Gandhi, a former Central Information Commissioner. This article first appeared on Scroll.in. We welcome your comments at ideas.india@qz.com.