What is Kashmir’s place in India’s collective memory? 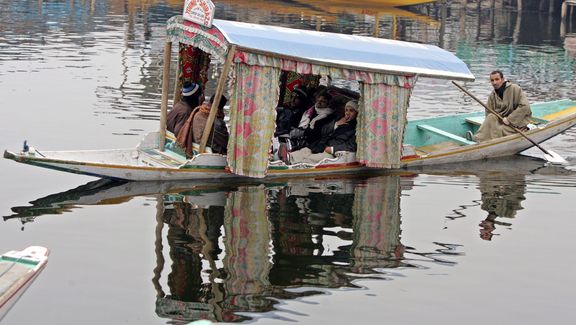 A few years ago, the Jammu and Kashmir state tourism department took out an advert called Kashmir: The Warmest Place on Earth . The advert showed an Indian couple honeymooning in Kashmir who mistakes an elderly Kashmiri man as their designated driver for the day.

The Kashmiri gentleman happily plays along and spends the day driving the couple around for sightseeing, doubling up as their photographer and feeding them home-cooked Kashmiri food. At the end, when the case of mistaken identity is uncovered, the man says he only wanted to be a good host to the visitors and show them his “home” in all its glory. In the background a lilting Kashmiri melody plays.

Soon after its release, the advert went viral and it was praised as a step towards changing the narrative around Kashmir as a violent, dangerous and remote place, to one that is warm, welcoming and accessible. But soon enough, the advert also invited pointed criticism for pushing a sanitised, forcibly “normalised” picture of a place that has been living in limbo for decades.

Kashmir is a veritable militarised fortress against a backdrop of breathtaking beauty⁠—even more so since India revoked Article 370 of its constitution in August, taking away the special status accorded to the part of Kashmir it has controlled since 1954.

In many ways, the advert and the reactions to it are indicative of the uncomfortable place that Kashmir occupies in India’s collective national consciousness. It’s simultaneously a faraway land evocative of heaven on Earth as well as a territory that is an integral part of the Indian union. It’s a place peopled by kind, benevolent residents such as that embodied by the driver from the advert, but also one torn asunder by militant separatists gunning for an independent Kashmir.

It has aspirations to be an outward-looking tourist attraction but is perceived as an isolated conflict zone. In the figure of the Kashmiri man⁠—happy to play along as the driver to the tourist couple⁠—is reflected the ideal version of a Kashmiri for the rest of India: acquiescent, unquestioning and at the service of outsiders.

These alternating, contesting perceptions of Kashmir have become even more relevant in the current crisis the valley finds itself after the Indian government removed Kashmir’s special status in August. Three months later, the former state remains blocked and cut off from the rest of the country and the world.

The Indian government maintains that things are fine in the Kashmir valley and that the blocking of internet and phone lines is a necessary precautionary measure that shall be lifted soon. But straining under a heavy security deployment and with its major political leadership under house arrest, a return to “normalcy” seems distant.

The images and reports emerging from the valley present a picture of a place still bursting at the seams with tension. Amid all the chest-thumping and grandstanding emanating from the corridors of power in New Delhi, I’ve been thinking about what place the revocation of Kashmir’s special status will hold in India’s national memory in the years to come.

To a large extent, the history of post-colonial South Asia is punctuated by two monumental moments of rupture: the partition of the subcontinent in 1947 into India and Pakistan and the Bangladesh Liberation War of 1971, which led to the creation of Bangladesh. Both events, the memory of which is the focus of my own ongoing research, involved a massive redrawing of borders, were marked by large scale violence and displacement and have left behind a legacy of unresolved trauma in the region.

The unfolding of events in 1947 and 1971 and the ways in which they continue to linger in the present has led to a complex relationship with national memories in both India and Bangladesh.

In India, while the state commemorates and remembers the independence struggle, no memorial exists for the partition that came with freedom from colonial rule. In Bangladesh, on the other hand, the Liberation War lies at the core of the national memory, with several memorials and a museum dedicated to it. However, even here the act of remembering is not devoid of its inherent politics, which is reflected in the tension of who gets included and erased from the national memory. 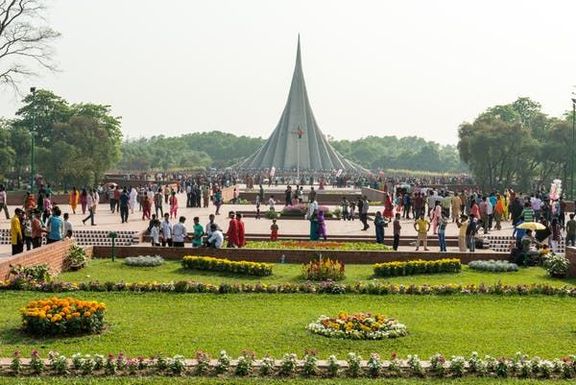 The fabric of national memory in both India and Bangladesh is, in fact, a patchwork of utterances and silences. Both countries are caught between presenting a story of triumph celebrating independence, freedom from colonial, oppressive regimes and the sacrifice that went into this, while simultaneously distancing themselves from the legacy of violence, trauma, secrecy and shame.

The Indian responses to the abrogation of Article 370 in high decibel prime-time debates, op-eds, sound bites and social media have similarities with the way triumph and trauma are both used simultaneously to reference 1947 and 1971. This has been at play in the predominantly celebratory tenor of the reactions to the government’s move.

The removal of Kashmir’s special status has been hailed as a historic step towards true integration of the region with the rest of the Indian nation and heralded as the harbinger of “development” to the valley. This narrative of celebration, hope and aspirations for a better future is evocative of a similar discourse of rupture and reconstruction embodied in the story of Indian independence and the birth of Bangladesh.

Meanwhile, the impact of the decision on the lives of ordinary citizens in Kashmir remains contested and shrouded in uncertainty. This again bears parallels with the ways in which the trauma of 1947 and 1971 continues to haunt the lives of people whose lives were disrupted by geopolitical decisions and forces beyond their control.

The revocation of Kashmir’s special status does not involve an actual refashioning of borders. Nonetheless, it is a colossal renegotiation of the ideas of “belonging to Kashmir” and “Kashmir belonging to India.” The writing has been on the wall for a while, but it remains to be seen what place this 2019 moment of rupture finds in the patchwork of Indian national memory.

This article is republished from The Conversation under a Creative Commons licence. Read the original article. We welcome your comments at ideas.india@qz.com.

Mel Brooks, Carl Reiner and George Takei with advice for the "Next-Greatest Generation"