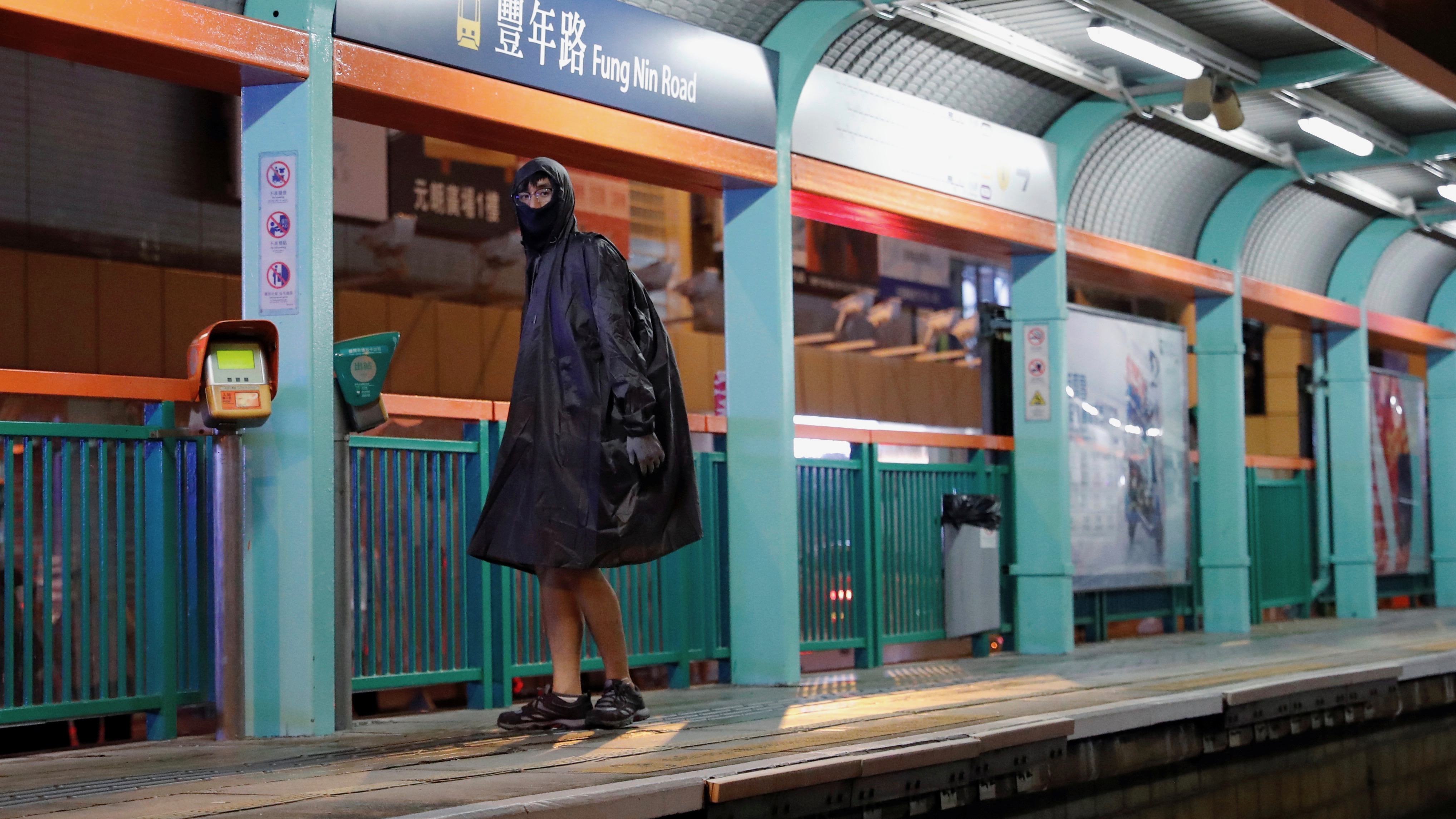 Hong Kong’s summer of discontent, which began with protests over a Chinese extradition bill, has turned into a violent autumn.

Months of demonstrations prompted the city leader Carrie Lam to use the city’s 1922 Emergency Regulations Ordinance yesterday for the first time in 50 years, in the name of safety. Lam had banned masks at all protests because of the city’s “serious state of public danger.”

It only led to even more outrage and violence today. Lam’s move did not quell the protests but seems, on the contrary, only to have spurred demonstrators to show they cannot be intimidated. In response to Lam’s ban, protesters took to the streets anyway, defiantly wearing masks, as the Chinese artist Ai WeiWei, who lives in Germany, noted on Twitter.

Things got hairy. In the city’s Yuen Long area, a Hong Kong off-duty police officer surrounded by demonstrators shot a 14-year-old in the leg. While the boy was rushed off to the hospital for surgery, remaining demonstrators beat the cop and hurled a petrol bomb at him. Meanwhile, the city’s subway system was almost entirely shut down after citizens set fires at subway stops to protest the use of the emergency law.

United Nations high commissioner for human rights Michelle Bachelet told reporters in Malaysia today that she is concerned about Hong Kong. She called for an independent inquiry into recent injuries of two teenagers who were shot and a journalist who was permanently blinded in the last week. “We are troubled by the high levels of violence associated with some demonstrations…and also alarmed by the injuries to the police and protesters, including journalists and protesters shot by law enforcement officers,” she said.

Bachelet warned Hong Kong authorities against using the mask ban to curtail the right of citizens to gather. However, she also warned that demonstrators should not be using the restriction as an excuse to clash with authorities. “Freedom of peaceful assembly should be enjoyed without restriction to the greatest extent possible, but on the other hand, we cannot accept people who use masks to provoke violence,” she said.

Lam, for her part, defended her use of the emergency law to ban masks at protests in a five-minute video published today after what she called “dark hours” in Hong Kong. “Horribly violent incidents took place in various districts in Hong Kong last night. The extreme acts of the masked rioters were shocking and the level of vandalism was unprecedented,” Lam said.

The city executive defended the off-duty officer who shot a teenager did so in self-defense and had no other options. Lam said that authorities would use the “utmost determination” to quell protests and called on citizens to disassociate themselves from “the rioters.”

But even as her message was being broadcast, the South China Morning Post reports, hundreds of protesters were in the streets, masked and defying Lam.