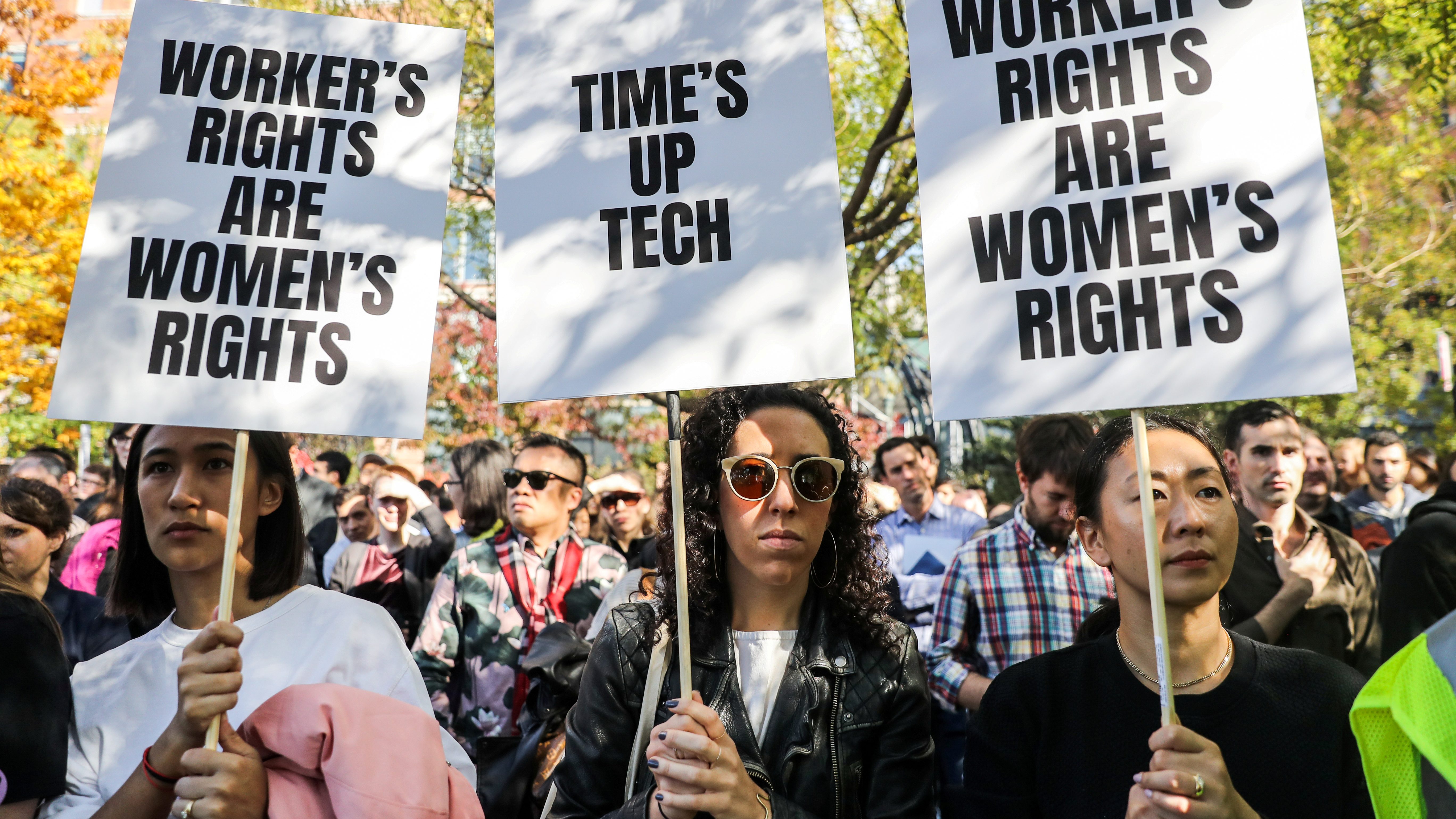 Hundreds of thousands of Americans are expected to join local demonstrations today (Sept. 20) in support of the Global Climate Strike—including many who will be walking out on their employers to participate in the action. It’s just one of many instances in the past year alone of workers campaigning to change their companies’ policies.

To understand this fast-rising dynamic, researchers at Weber Shandwick, where I work, collaborated with United Minds and KRC Research to survey 1,000 working Americans on how they relate to this emerging culture of employee activism. The report defines employee activism as “people who speak out for or against their employers on controversial issues that affect society.”

In early May, Ron Williams, the former CEO of Aetna, reacted to employees who were campaigning against their companies: “I can’t imagine that happening 20 years ago,” he said. “CEOs have to manage all that.”

Welcome to the turbulent world of leadership in the age of activism.

Employee activism is by no means just an American trait. Shares in British fashion designer and retailer Ted Baker slumped as much as 15% in December when the company said it was investigating an employee petition demanding that CEO Ray Kelvin stop hugging them.

But US policies under the Trump administration have been especially successful at igniting action by American workers—for example, when employees at management consultancy McKinsey & Company pressured management to stop working with US Immigration and Customs Enforcement (ICE).

Nearly four in 10 employees we surveyed (38% of our respondent pool) consider themselves employee activists, having spoken up to support and/or criticize their employer’s actions over a controversial societal issue. If you count in the 11% of employees who say they have considered becoming an activist, this segment rises to a sizable 49%.

This movement is not going anywhere anytime soon. With the Global Climate Strike kicking off, it may be just starting to gain more traction.

According to a survey by EarthShare, an organization that unites companies around climate awareness, more employees now believe that companies need to serve a purpose and have a societal mission.

Business leaders need to face up to the fact that employees have few qualms about voicing their opinions and taking action.

70% of millennial workers agreed that “employees can make an even greater impact on our world than the leaders who run organizations.” According to our research, millennial employees—people ages 23 to 38—are the generation most likely to be employee activists (48%), significantly more so than Gen X-ers (33%) and baby boomers (27%). We learned that millennial employees are also significantly more likely than their older peers to say they are justified in speaking out against their employer when it comes to controversial issues. In this case, we measured 82% of millennials versus 76% of Gen X-ers and 65% of boomers.

This is not to say that employee activists are reckless, or that they do not fear for or value their jobs. Eight in 10 of all employees, regardless of age, completely or somewhat agree that employees who speak up on a controversial societal topic against their employers risk their jobs.

But leaders are having to answer to this young generation of employees, and they are going to have to figure out how to have new conversations about the state of the world, the economy, and the workplace.

We’ve seen some companies start to shift priorities in response to workers’ wants. In an effort to build a better culture, Uber piloted a Harvard University-inspired corporate education program for its employees, many of whom are younger millennials, including one class focused on building trust.

Meanwhile enterprising employees are owning their power as influencers in society and policy. A little more than three-quarters of the millennial workers we surveyed agree that “employees can make a difference by speaking out on controversial issues that affect society.” And 70% of millennial workers agreed that “employees can make an even greater impact on our world than the leaders who run organizations.” A similar proportion of millennials say they will take into account an employer’s stance on issues that affect society when considering applying for a new job.

Traditional water-cooler chats have been replaced with conversations on social media, where employees increasingly express opinions about their companies—and employers need to keep their antennae tuned to these exchanges.

Managers need to listen to workplace chatter and monitor how the broader political, social, or cultural environment is impacting employees’ attitudes when it comes to company actions (or non-actions).

When an anonymous employee at NASA’s Jet Propulsion Laboratory sent in a query to newly installed NASA administrator Jim Bridenstine about his opinions on climate change and how the agency was going to handle this hot-button social issue, at a public forum, Bridenstine spoke honestly about his change of heart from years earlier: “I believe fully in climate change and that we human beings are contributing to it in a major way,” he responded.

Employers should hold regular employee culture audits and town halls where employees can safely speak their minds or debate current issues, to help build more trusting employee-employer relationships. Perhaps engaging in dialogue while motivate employees to share their opinions internally before going elsewhere. And if an employee reaches out to leaders to voice opinions and concerns, especially on a controversial or sensitive topic, that employee deserves acknowledgement and response.

All things considered, as a movement, employee activism is just getting started. And if CEO activism is any indicator of how these types of movements morph and grow, business leaders should expect that employees will follow their example. And they should ready to join the cause for social awareness.