Global climate strike kicks off with millions expected to participate 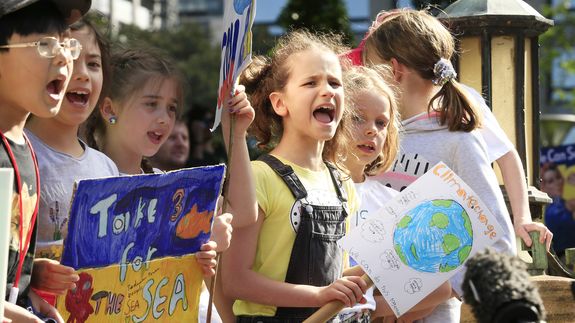 People around the world are joining together on Friday and skipping school and work to demand action on the climate crisis.

The strikes, collectively known as the Global Climate Strike, was started by young people as a way to highlight the urgent need for a new approach to address climate change. They come three days before the U.N. Climate Action Summit on Sept. 23, in which world leaders are gathering to present plans to cut greenhouse gas emissions.

"We're really looking at the strike as the launch of a new era of the climate movement ... we want to create that energy, create that spirit, and send the message so we can bring more people in and grow our movement at the grassroots level," says Katie Eder, the 19-year-old executive director of The Future Coalition, a network of over 40 U.S. youth-led organizing groups, and one of the groups that helped organize the strike.