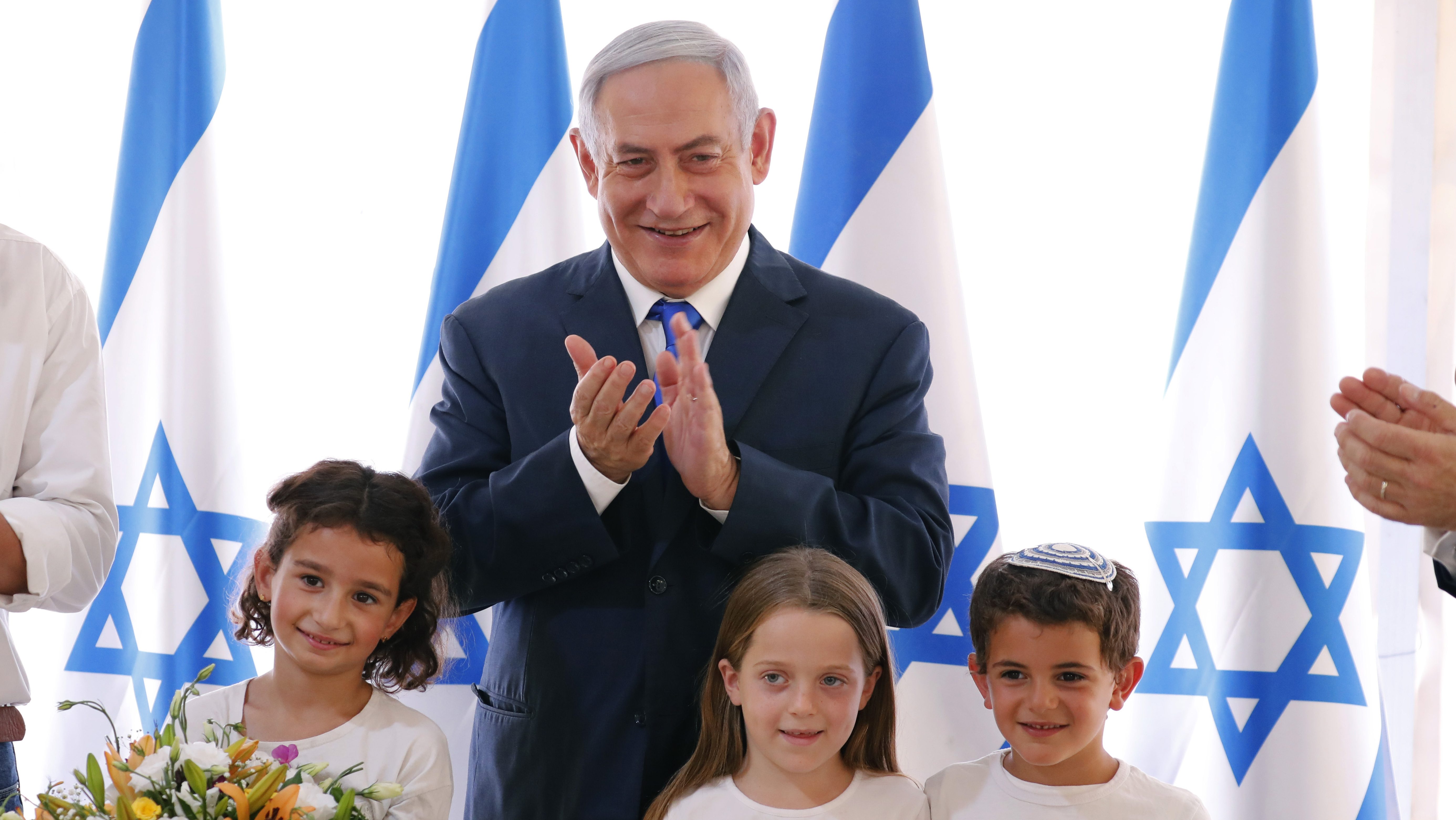 The stakes are high in today’s election for Israeli prime minister Benjamin Netanyahu, who could, in a matter of weeks, be indicted for bribery, fraud, and breach of public trust.

Scrape together a coalition of 61 seats in the 120-member Knesset, however, and Netanyahu could manage to avoid the charges. There are two bills already drafted and ready for a vote that would protect him—at least while in office.

Two of the three cases allege that Israel’s longest-serving prime minister made deals with media moguls in exchange for favorable press coverage, and the third claims he received gifts in return for political favors. Netanyahu has called the whole process a “witch hunt.”

“Seemingly, he wants desperately to be elected so he can pass an immunity bill that will insulate him from prosecution,” said Paul Scham, executive director of the University of Maryland’s Gildenhorn Institute for Israel studies. “But I don’t think most voters are thinking of that. I think most voters who like him think he’s really made Israel proud internationally and dealt with the Palestinians…of course, half the voters hate him anyway, and would probably hate him if he didn’t have an indictment hanging over him.”

Whatever the case, Netanyahu’s response to the charges could dramatically alter Israel’s democratic institutions and the future of the Israeli-Palestinian peace process.

You can tell how central the criminal cases are to Netanyahu’s campaign by looking at who he’s allying with, said David Makovsky, a distinguished fellow at the Washington Institute for Near East Policy. “His usual policy preference in the past was being the pilot on a political aircraft, with a wing to the right and a wing to the left,” Makovsky said, explaining that he has now tilted right “because he feels people on the right will be more loyal to him personally, and will craft an insulation approach.”

In a bid to appeal to the right, Netanyahu has promised to annex huge swaths of the West Bank. As soon as he cobbles together a government, he will grab the Jordan Valley, which makes up about 30% of the territory, he said last week. After that, he says, he will push US president Donald Trump to support a plan to annex all the Israeli settlements in the area.

Those moves would likely put an end to any chance of a two-state solution, two experts on Israeli politics wrote in the Times of Israel today. “In the short term, annexation risks the collapse of the Palestinian Authority and eruption of violence. In the longer term, eliminating Palestinian hopes for national independence will further embolden the growing number of Palestinians calling for ‘one man one vote,’” wrote Yoni Komorov of the Washington Institute and Moran Stern, a lecturer at Georgetown University, who note that Netanyahu has “made similar promises in the past and didn’t follow through.”

If Netanyahu manages to pass a bill giving him immunity, there’s a good chance that the Supreme Court would repeal it. So, alongside the immunity bill has been drafted a bill that would allow the lawmakers to overturn Supreme Court decisions with a simple majority.

In 2012, he said that knocking back such attempts to curb the court was the “real test” of Israeli democracy. Now, in his move to do just that, he “has created as sense of concern about his intentions—that in his desire to insulate himself, he’s willing to erode some of the institutions that underlie Israeli democracy,” Makovsky said.