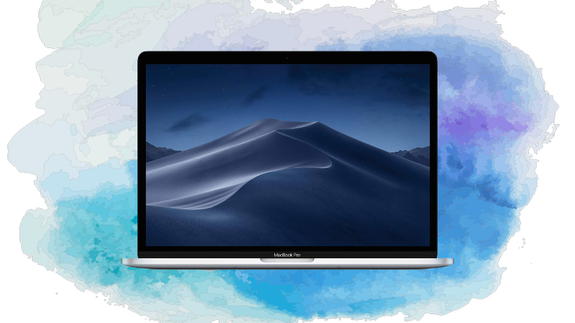 With its latest release on the horizon, this is the iPhone's week to shine — but that's not stopping another Apple mainstay from trying to steal its thunder.

A recent MacBook Pro model is currently on sale on Amazon for its lowest price ever, saving you a total of 28% (or about $500). When everything's said and done, you'll cough up less than $1,300 for a laptop that normally goes for $1,799. You truly love to see it.

Updated in 2018, this fourth-generation MacBook Pro comes with 256GB of storage, 8GB of RAM, a battery that lasts up to 10 hour on a single charge, and a sleek aluminum body with a silver finish. Most notably, it sports Apple's fabled Touch Bar, which replaces a handful of function keys with an OLED strip featuring things like emojis and system adjustments; you control it using subtle finger gestures. (Apple's ad copy encourages Touch Bar users to "Tap it. Hold it. Flick it. Slide it," which sort of makes it sound Bop It -esque, but trust us — it's actually really cool.)