Enjoy the liberation of meditation without pain—or contemplation 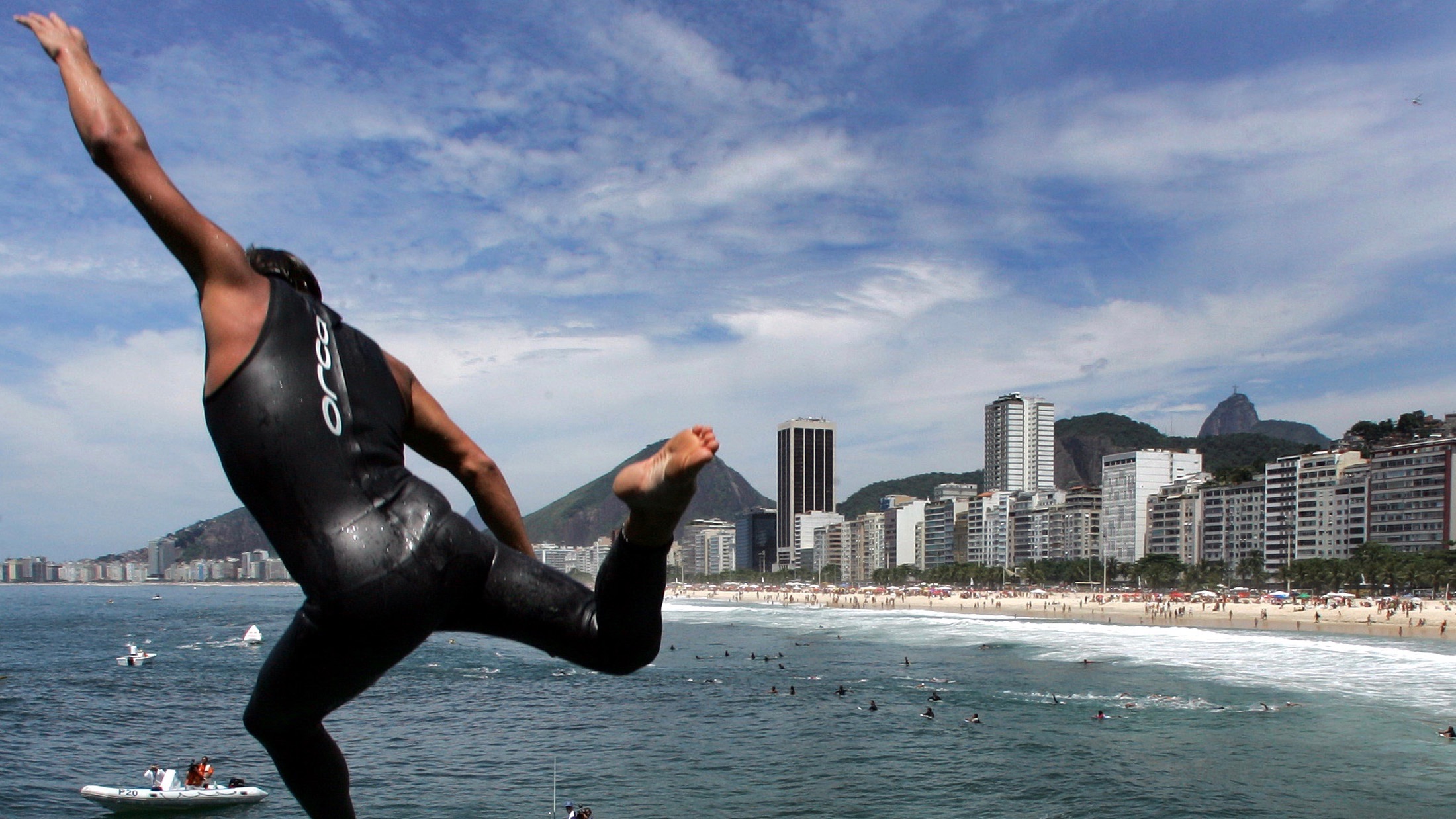 Meditation isn’t the point of mindfulness practice. It’s just one way to become liberated, or more awake. There are other methods of cultivating that same freedom, however, that don’t demand the commitment of a monk or the funds and free time of a tech-company founder.

In The Way of Effortless Mindfulness, psychotherapist and meditation instructor Loch Kelly starts beginners with advanced awareness practices. Kelly cuts straight to the chase, arguing that the goal of meditation is to help us access a state of open awareness, which we all already possess but are not necessarily in touch with. He believes we don’t need to sit before we soar.

The writer distinguishes between two approaches to mindfulness, deliberate and effortless. Deliberate mindfulness practices teach people to be detached observers of thinking. In time, this familiarity with thought’s processes can lead to a spacious awareness that they can apply in their lives, not just on the meditation cushion.

Meanwhile, the effortless approach Kelly promotes goes straight to the ultimate goal: Sensing everything is fine. You must reconnect with this sense of wellness, which he contends is your natural state—hence, effortlessly achievable. You need little training to find the feeling all beings are born with.

Kelly notes that many people experience moments of flow or wholeness during sports or artistic activities, in nature or among friends. In his book, he offers exercises—which he calls “glimpses”—that cultivate this “in the zone” state while cutting out the initial process of learning to observe thought first, a step other mindfulness approaches rely upon. “My introduction to the immediate effects of effortless mindfulness in Nepal allowed me to see that I did not need to remain in the East, join a monastery, or practice in a cave to discover the well-being, clarity, and open-hearted awareness that were already within me,” he writes.

About 30 years ago, Kelly traveled to India to study meditation. There, he heard the Dalai Lama speak about Buddhist traditions that offer a direct path to freedom. Intrigued, he went on to Nepal to study with Tulku Urgyen Rinpoche, a teacher who claimed the insights he gained from effortless mindfulness practices taught to him in youth were as valuable as his lengthy meditation retreats in adulthood.

Kelly felt similarly. He cried with relief at the freedom he felt from fear and anxiety after just a brief introduction to the “effortless” exercises designed to help lay people get in touch with the nature of their minds. “I returned to the United States to continue to train with eyes open in the midst of my day-to-day life,” he writes.

He began translating what he learned abroad into exercises for Americans, his glimpses. These glimpses provide a direct route to awakening for anyone, Kelly argues, and they can be done anywhere, anytime.

Truth be told, I’m not feeling peaceful or whole while I write this post. I’m agitated and annoyed and, despite decades of observing my mind, I can’t shake the irritations that I know by now will pass. So, there is probably no better time for me to use one of Kelly’s exercises, which I first tested over the weekend at the beach, where it did induce feelings of peace.

The first “glimpse” in his book, called “wordless awareness,” is very simple. You can try it right now. All you have to do is move your attention from reading this article to listening to the sounds around you. Just look up and listen. Then go from listening to taking “an interest” in the open space around the sounds (which might seem confusing when you read but is possible when you experiment with sensing). Now, rest in that awareness.

Perhaps you’ll find, as I just did, that your heart or head hurt less than before beginning the exercise. I obviously haven’t solved any problems with this glimpse. Yet, I did feel, in the moments of shifted focus, a little less constricted, as if a tightening vice inside my mind and body was loosened. That is a taste of liberation, and Kelly argues that the more you contact it, the more you can return to and sustain this sense of wellness.

Still, if you experiment with this glimpse and it does nothing, don’t despair. You can still benefit from effortless mindfulness. Kelly’s book offers many exercises to contact that spacious sense so often obscured by the fog of thought. He suggests using a memory of a moment when you felt free and good to connect with the positive emotions, reliving the sensations, then dropping the memory and staying with the joyous feeling it raised.

Some effort is necessary

As Kelly distinguishes between effortless mindfulness and deliberate mindfulness practices, the explanations in his book can get convoluted. Deliberate efforts demand that you continually re-focus by remembering to pay attention. The problem with that approach, he argues, is that you are using your thinking mind—or “small mind”—to tame thought.

In effortless mindfulness, by contrast, you let go of your role as witness and of any thinking. Instead, Kelly says, you focus on the context in which your mind operates, learning to become aware of awareness itself. And his exercises offer a way to “unhook” the mind from thought as opposed to willing your way from one thinking state to another. “One simple way to distinguish the two types of mindfulness,” he writes, “is to say that they are both being mindful but from different levels of mind.”

To some extent, however, the distinctions are irrelevant because the goal of both approaches is to awaken. Whether you begin by training the mind to observe its own machinations and detach from those or go straight to the state of open awareness Kelly discusses, you can operate more effectively and feel less stressed when you contact your spacious nature underneath conditioned thinking, he argues.

Still, both practices require discipline. Effortless mindfulness requires some effort, too. You do have to become conscious of the role of thought in your emotional state and learn to play with awareness.

Often, when we’re caught in a swirl of emotions, we just don’t feel like doing what it takes to shift states. Our habitual responses—irritation, frustration, anger—are very hard to shake. So, the point of practice is to develop new habits and that involves some experimentation and effort. The work is worth it because we relieve our own suffering and become more self-reliant and resilient. Struggles are inevitable but the extent to which we suffer because we identify with the pain can change. And even in the midst of struggle, knowing that you have tools available—should you choose to use them—transforms the dynamic.

In my case today, for example, I had to laugh at myself a little for feeling simultaneously pissed off and aware that I could calm down if only I’d take a few moments to practice Kelly’s preaching. Then, once I “glimpsed” the peaceful me who could rest in a state of awareness without feeling irritation, my frustration abated. Once I was back to employing my “small mind” to write, it became slightly harder to feel huffy and puffy because the earlier emotions no longer seemed overwhelming or inevitable after the glimpse.

Purists and some practitioners of classic meditation may view Kelly’s shortcuts to illumination with disdain, arguing that there’s no easy pass when it comes to spiritual practice. However, that’s not quite right. You could sit for 10,000 hours and not become enlightened, ever, just as a person with no background in meditation may have a profound realization that reshapes their approach to life. That’s why Zen Buddhism is full of parables about practitioners who are ignorant despite knowing all the right rituals and lay people who are awakened with a blow to the head or a simple statement.

The only prize you get for sitting is the return on investment in your sense of wellness, which only you are able to assess anyway. Kelly suggests that if you struggle with meditation, you can invest less and get more by aiming directly at illumination.