This is the second in a series of Q&As tracing the journeys of startups that have become household names in India.

In 2010, when Ajith Mohan Karimpana decided to return to India after spending over five years with Goldman Sachs in the US, he lost thousands of dollars in selling the furniture he had accumulated over the years. In retrospect, though, that loss was pretty small in comparison to what Karimpana gained from the episode: the idea for what is now a multi-million dollar startup.

“I had some $5,000 (Rs3,59,952) worth of furniture in the US that I could manage to sell only for some $300 even after listing it for sale for over a month. When I came back to India, I had to repurchase everything from the local stores and I had no clue about furniture, so I just bought whatever looked good to me. In the first home shift, some of the furniture started breaking and I realised I had not made a great purchase,” Karimpana told Quartz. “So I started questioning this concept of carrying furniture around. And that is how the idea of furniture subscription was born.”

This journey has been far from smooth, though. In a conversation with Quartz, Furlenco founder and CEO Karimpana spoke about his struggles with finding a venture capital (VC) investor for nearly three years and his aspiration to become the “Netflix of furniture” in India. Edited excerpts: 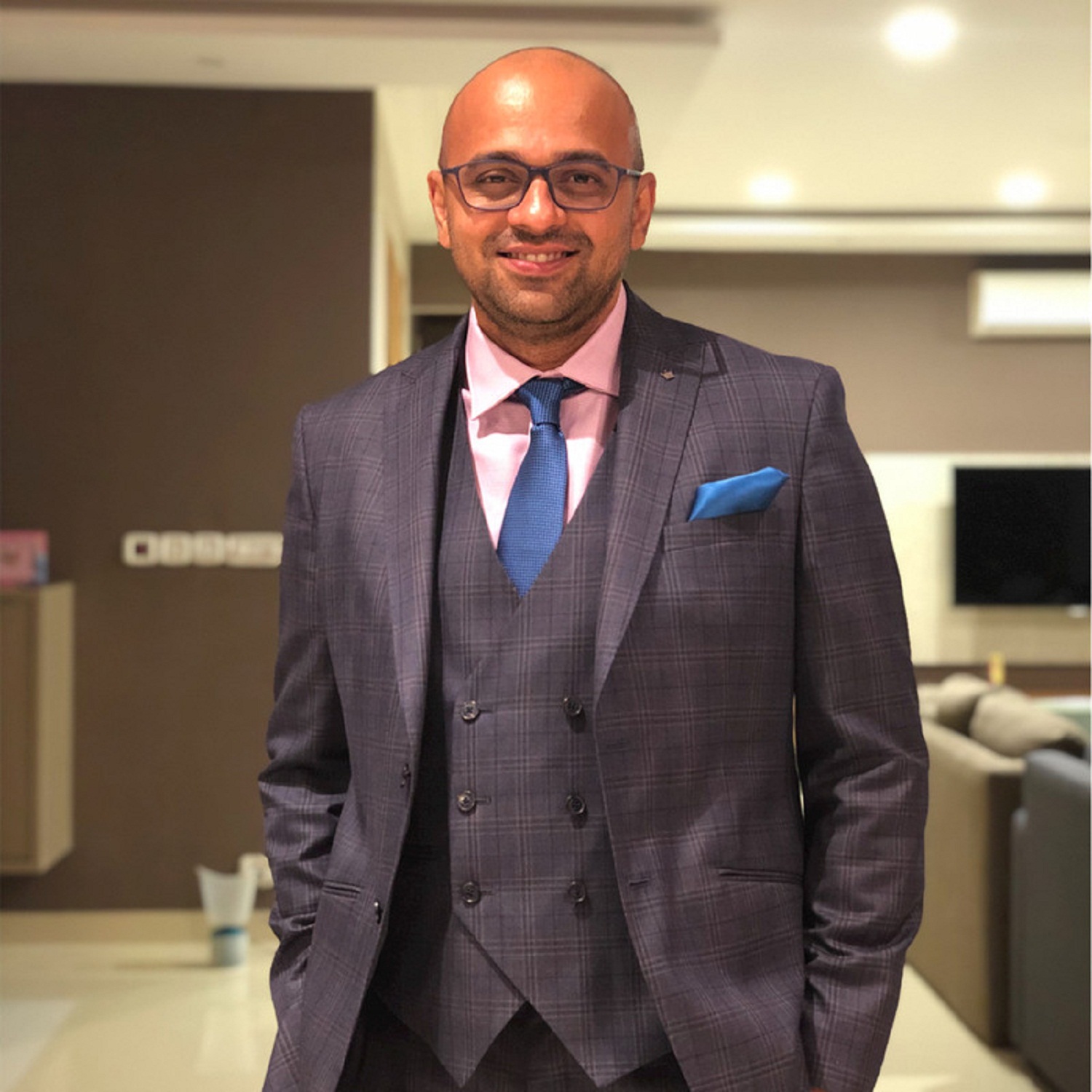 How did the transition from Goldman Sachs to furniture rental happen?

In the initial years with Goldman Sachs, I was in the US, and in 2010, I moved back to India. Around that time, the entrepreneurial bug had bitten and I was dabbling with some ideas. During the entire shifting process, I began questioning this concept of carrying furniture around.

People move from one smartphone to another pretty frequently, but when it comes to furniture, we keep carrying it with us. There’s a billion-dollar relocation industry out there that has been built on the fact that furniture is moving. I asked people around me for opinion and they said there’s an emotional attachment to things like a bed, etc. I thought, maybe it was just the rationalisation of mind that said, “I paid so much money for this, now I better like it.”

I realised that furniture is not something that’s meant to move houses. That prompted me to think why there is no service that lets users escape the hassle of buying, selling, moving, relocation, and cleaning of furniture?

How did you go about setting up the business?

In 2010, I was still working at Goldman Sachs and while I was thinking of starting up, I neither had an MBA nor did I understand furniture. Everybody told me that India is an owning country and no one was going to rent furniture. In addition, e-commerce was not very popular back then.

But my inexperience helped, as I did not have any baggage of assumptions. I did not quit my job until 2011, but on the side, I launched a furniture rental website called RentUrDuniya, which was only focused on Bengaluru. By October 2011, I had two customers and that’s when I decided to quit my job and get into this business full time.

At the time, there were about 10 products listed on the website, which I got made from a local furniture shop in Bengaluru. I had invested around Rs50 lakh into this business and purchased these items, and stored them in the third bedroom of my apartment. My first order was more like charity and nothing else.

Who were your first customers?

The first customer I had was my wife’s friend who took furniture for the entire house, including a sofa, a dining table, two beds with mattresses, a study table, etc. This was in 2010, and I charged them Rs6,000 per month. They were not people who could not afford to buy furniture. They just heard I had started a company and decided to give it a try. It was more like charity and nothing else.

The start was not good at all because we messed it up with the delivery. It took me three weeks to get the exact furniture they needed, and after that long wait, when we were finally going to make the delivery, the truck had an accident. It felt like a really jinxed affair.

The second customer I had was a French gentleman who randomly got my number from Sulekha.com. He took the same items.

What was the initial experience of running a business?

I spent a lot of time figuring out how to create a business model because furniture rental had not been done at scale in India at the time. So I struggled with the most basic questions such as how much money would be required to run the business. In fact, we had to invent many of the things we do now. For example, it’s a business where 100% of your items come back after usage, unlike most businesses that are a one-way story. So when you get the return, where do you store it and how do you re-rent?

To get business, I used to call up all relocation companies who I thought would have expats coming from abroad as I felt they might be an easy bet to sell to. The first question these buyers would ask is “can we come and take a look at your furniture?” I was operating from home and I had no store or godown. How could I get customers to my third bedroom? So there were times when I would rent a house and keep my furniture there and call customers there to check out the furniture. It took me from October 2011 to January 2012 to land my first few orders.

When did you move from RentUrDuniya to Furlenco? And how did this name come about?

Once I had some customers, I thought that this seemed like a serious business and I decided to incorporate a proper company. By April 2012, I incorporated Kieraya Furnishing Solutions and moved to the brand name Furlenco.

I was very sure that “RentUrDuniya” can’t cut it. It was a very colloquial and local name and did not sound like a billion-dollar company. I had big ambitions. So we hired a branding company and went through a process. There were multiple names in the mix, but what we chose ultimately was not something super scientific. Actually, this was a name I liked and it had a freely available domain. We could not get a domain for most of the other names we liked.

Who were your early mentors or people you reached out for tips on entrepreneurship?

At the time, the entrepreneurial ecosystem did not really exist. People like Sachin Bansal (co-founder of Flipkart) were in very early stages themselves. So I didn’t really have any entrepreneurial mentor as such. But I did join a startup leadership programme that was a confluence of wannabe entrepreneurs who came together for a small get together every weekend to learn about how to go about starting a company. As part of that programme I met a lot of people and in that process, I found my earliest design mentor and my first set of employees. Now, when entrepreneurs come to me for mentoring, I tell them that in the initial years, network as much as possible.

Did you ever think of bringing in a co-founder?

There were early employees who could have been potential co-founders, but that did not work out. If you ask me whether a company can be started and built by a single founder, I think, yes, it is possible. But if you’re asking me was it easy? Absolutely not. You are alone at the top. You want the comfort of a shoulder which you can’t get from an employee.

Why didn’t you raise funding until 2015? And how were the initial bootstrapped years?

In the initial years, I was self-funding the business and we did not know whether we would have a future. In fact, none of my first employees are with Furlenco right now because the first years were very hard. Our business model was not easily fundable because VCs have certain criteria for investing, and we had everything that would put off an investor. For instance, we are an asset-heavy business, which is a big negative for a VC, and also, we were in an untested market. We were refused left, right and centre for funding.

I started pitching to investors in 2013, but VCs would ask us about our growth rate, and that was really low because I was adding some 20-30 houses every month. But the dilemma was that if I wanted to grow faster, I would need more furniture, which meant I would need more capital. It was a chicken-and-egg problem for me. We were refused left, right, and centre.

How did you ultimately get funded?

I kept raising small amounts—between Rs25 lakh and Rs30 lakh—from friends. In 2014, I raised Rs1 crore from one of my friends and that’s when I had some serious money in the bank. With that, I started plunging ahead.

At the same time, in February 2014, I had interacted with Lightbox Ventures and they said they will watch the company for some time. They waited till October 2014 before they gave me a term sheet, and during that time, the Rs1 crore from my friend helped me gain traction. By the time the money came in, it was January 2015. It took 11 months to close my funds in the bank. But in 2015, I had $6-million investment from Lightbox Ventures and we now we had serious money to get going.

What is the current scale of Furlenco’s business?

In the past four years, we have furnished close to 90,000 houses cumulative (not all of them are customers right now). We are in a fundraising mode even now, so I cannot divulge more figures. But what I can tell you is that we are at Rs100 crore revenue run rate. We are present in six cities: Delhi NCR, Mumbai, Bengaluru, Pune, Hyderabad, and Chennai. Around 60% of our users are bachelors and the remaining are families. We have around 400 employees and 600 delivery executives who are not on our rolls. 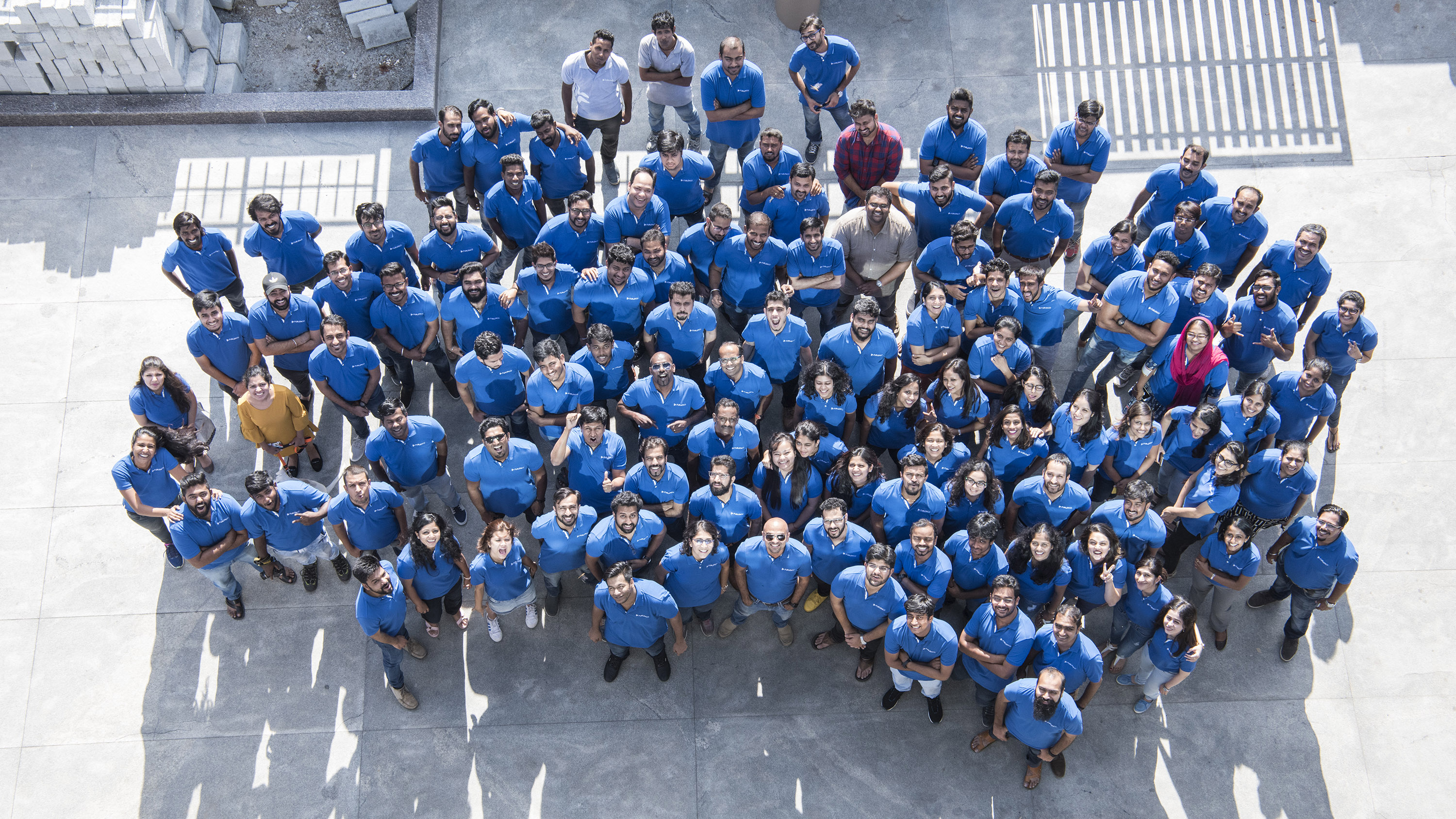 Why does Furlenco design its own furniture instead of just using what’s already available in the market?

Secondly, we design so that the product lasts multiple turns. We know our furniture will be installed and uninstalled multiple times, which means there will be damages and misuse. So we have designed it in such a way that when it comes back, we know what to do with it to fix it.

How do you maintain and refurbish your furniture for re-renting?

Maintainance of furniture is the crux of this business. If we don’t get that part right, this business cannot survive.

We have the world’s largest furniture refurbishing unit in Whitefield, Bengaluru. It is 55,000 square feet. We also have small refurbishing centres in all the other cities where we operate, and we are expanding them because our scale has gone up significantly. The idea is that when we get back a piece of furniture, we will be able to refurbish it within two days and put it back into circulation.

Earlier, we used to buy fabric from vendors, but now we have tied up with Siyaram to manufacture a particular kind of upholstery that we use for a particular sofa.

Why doesn’t Furlenco give users the option to buy furniture at the end of the subscription period?

I will never do that. As long as I am the founder and CEO of Furlenco, I am never going to allow people to own or buy furniture. Furniture is not an asset, it is a liability. You should be investing in assets that grow, not in liabilities whose value goes down with time.