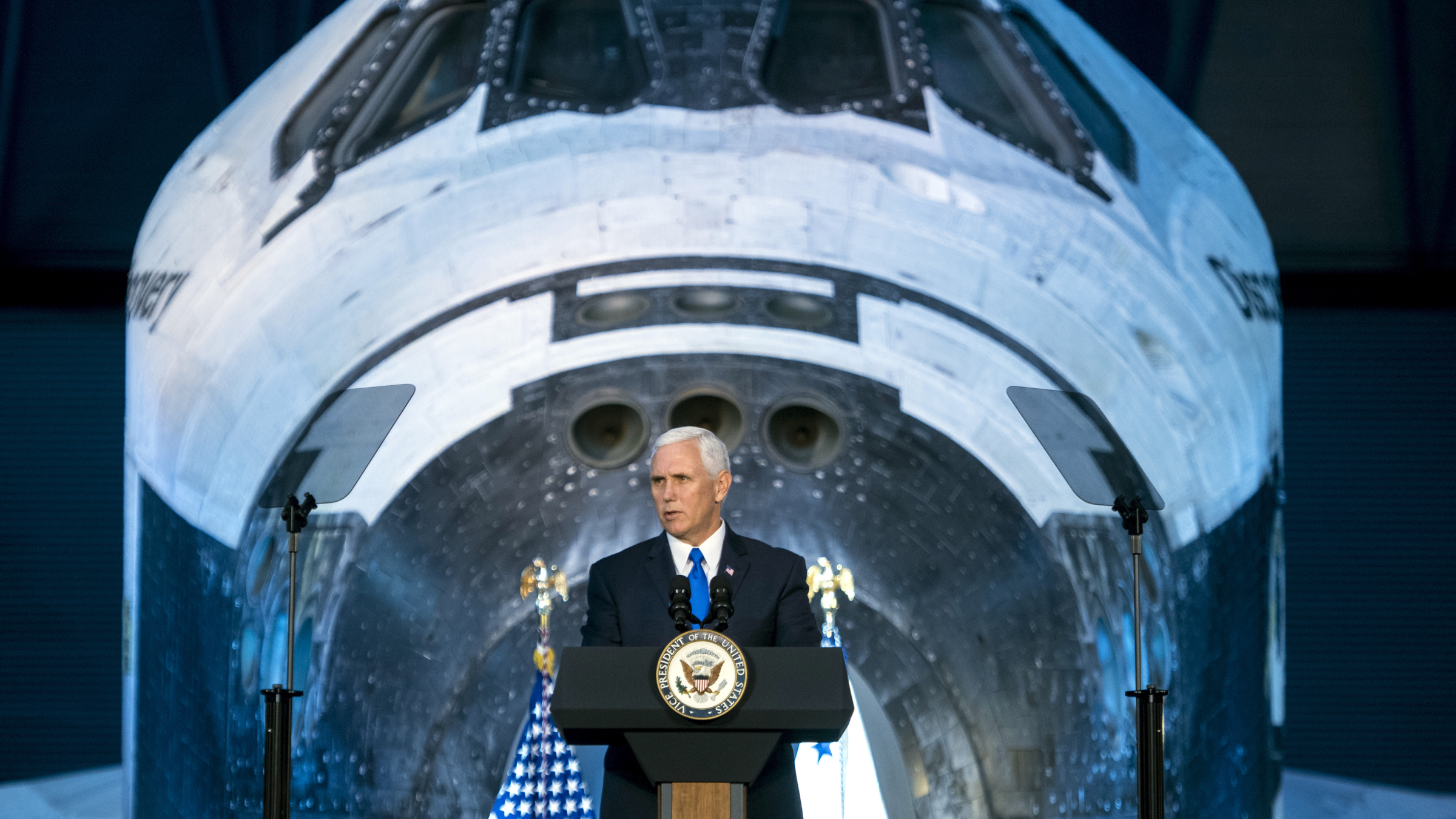 The idea was simple when vice president Mike Pence pitched it earlier this year: Let’s get astronauts back on the moon by 2024, not 2028 as had been NASA’s plan.

To make this happen, the White House proposed a temporary increase of $1.6 billion this year to NASA’s budget, and something on the order of $20 to $30 billion in additional money over the next five.

But the accelerated efforts are now stalled as Republican lawmakers fight over whose constituents will get the spoils of the lucrative program. Former speaker of the house Newt Gingrich, meanwhile, is urging US president Donald Trump to skip all that and just hold a contest for space companies.

Tuesday’s (Aug.20) scheduled meeting of the Pence-led National Space Council, which will include discussions on “innovative space initiatives and human space exploration,” seems likely to ignore these major financial hurdles, which are keeping the initiative from getting off the ground.

The bipartisan agreement to raise domestic spending reached this month offered the moon push some hope. But the extra $27 billion in total government spending is not enough to allow for a 2024 trip to the moon alongside the scientific missions the agency had already been planning. The House of Representatives passed a NASA funding bill in May that excluded the $1.6 billion the White House had asked for, keeping NASA on its present track. Any hope of getting the expedited moon project started now rests with the Republican-held senate.

That’s why last week was a mess for NASA: Ars Technica reported that the space agency would build its lunar lander at Alabama’s Marshall Space Flight Center rather than Texas’ Johnson Space Center. NASA administrator Jim Bridenstine demanded a correction, saying the story was inaccurate. But sure enough, it was true: Marshall is building the lander. An angry Texas congressional delegation is now formally asking for the work to return to the Lone Star State. It will be difficult to get Republican senators on the same page about funding this program if they’re fighting over whose state will receive the jobs and money.

The Trump administration hasn’t articulated why moving the landing up four years would provide additional scientific or commercial benefit; much of the rhetoric behind the acceleration cites the need to keep up with China’s lunar ambitions and avoid further delays. But with Trump racking up record-setting national debt, lawmakers have been reluctant to approve new spending.

Those realities have some space exploration advocates calling for a radically different approach: Gingrich and company are proposing a $2 billion contest for private companies to return astronauts to the moon. While contests have incentivized space innovation before, experts are skeptical that $2 billion will make a dent in the expensive problem of safely transporting people through the vacuum of space.

One recent contest to put a robot on the moon, the Google Lunar XPrize, was cancelled after a $20 million grand prize failed to put any of the participating teams on the path to success.

The on-going challenge at NASA is how to integrate public funding and goals with private capabilities. NASA hired Mark Sirangelo, a veteran space executive, to take on the challenge. But he left after 45 days. Bill Gerstenmaier, the former head of human spaceflight at the agency who led partnerships between the agency and private companies like SpaceX and Blue Origin, was ousted last month.

The next executive in charge of NASA’s moon programs has their work cut cut out for them.