Riders in Vienna have opted for stale subway air over aromatherapy 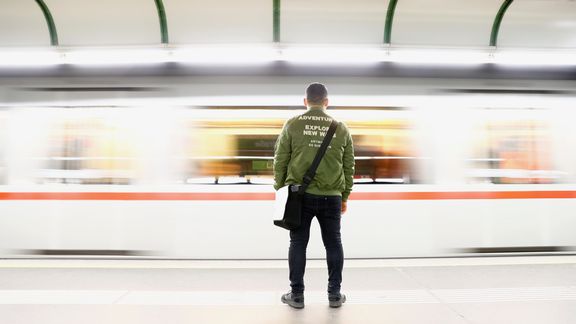 Anyone, anywhere who has ever been on a subway or bus or some other form of public transportation knows it can get gross. Even on the cleanest, sleekest, most efficient and effective trains, you’re bound to inhale stale air or occasionally find your face in a stranger’s armpit. Depending on the weather and other factors, this can get pretty unpleasant.

Public transport authorities in Vienna, Austria are cognizant of problems like this, so they offered riders an option. Wiener Linien, the company that runs the city’s U-Bahn subway system, considered infusing the underground air with scents to improve ride quality. Before fully embracing the effort, however, it conducted an experiment.

On two of five subway lines, riders had a sniff at aromatherapy. Scents were tested over the month of July, including green tea, grapefruit, sandalwood, melon, lemon, and various blends. Each of these natural perfumes is meant to have a specific effect, usually soothing or energizing.

A 2005 scientific study on aromatherapy found that sandalwood is relaxing and seems to reduce anxiety in palliative care patients. Green tea and melon are similarly soothing. Lemon is lively and uplifting. Grapefruit, likewise, is energizing.

In the Vienna underground, hints of these fragrances, and various blends of the scents, were diffused in the ventilation systems, and riders were asked to opine about the experiment online. An energizing blend proved most popular, according to transport authorities. It was made up of grapefruit, green tea, lemon and sandalwood.

But most riders turned up their noses at the perfumed trains. In an online survey, 21,000 people preferred a scent-free commute, while 16,000 voted to extend the experiment.

Subway air quality in Vienna has already been improved recently, which may explain why the majority of riders weren’t keen on scented carriages. As of January, food has been prohibited onboard after numerous complaints about pizza disturbing the peace. “I want to make sure that passengers feel comfortable in public transport,” Ulli Sima, executive city councillor for the environment and Vienna public utilities, told Agence France Presse about the experiment.

Viennese transport authorities aren’t the only ones conducting subway studies. In January, an especially crowded line that is part of Tokyo’s metro tried to change rider habits by offering vouchers for free soba noodles and tempura to commuters who agreed to avoid rush hour.

While commuters around the world might prefer that transport authorities focus on making sure trains and buses run on schedule, rather than concerning themselves with perfumes and foods, the Viennese were—however briefly—onto something. Aromatherapy is increasingly being used in hospitals to improve patients’ and caregivers’ moods. It’s also been used to reduce nausea. An experiment in an Iowa hospital last year showed that aromatherapy worked more quickly than prescribing anti-nausea medication.