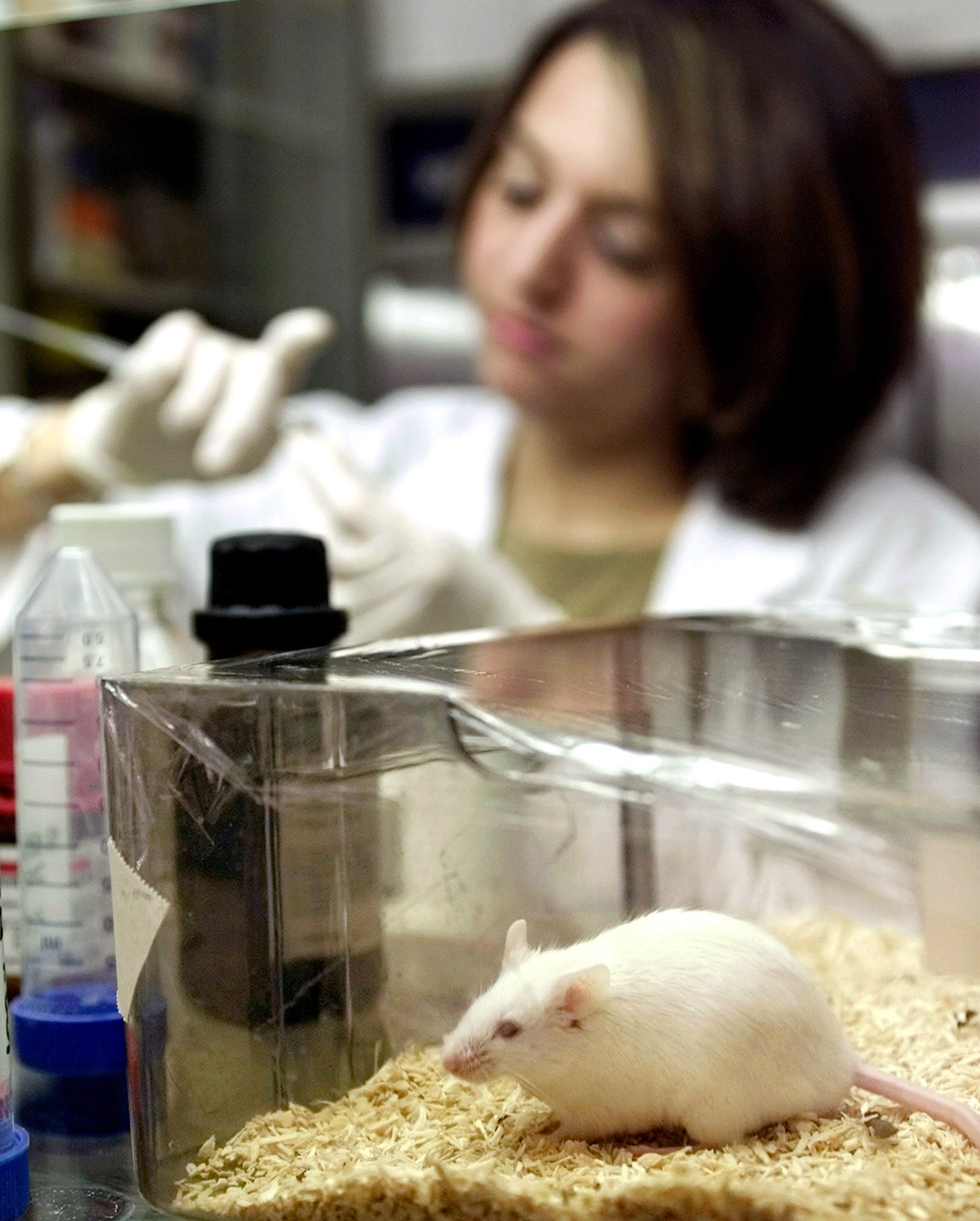 Scientists at the US National Institutes of Health and Medicine (NIH) and several universities announced today (Aug.1) that they’ve come up with a very high-tech way to give a mouse a cough.

Well, not quite. More specifically, they’ve invented a method for giving lab mice the full package of bacteria, viruses, and fungi that their wild cousins have, in the hope that exposing the test animals to real-world germs will make them better models for real-world humans. (The germs won’t make the mice sick, necessarily; just like with humans, having a full range of microbes is part of what makes a mouse a mouse.)

For more than a century, lab mice have been invaluable partners in scientific research. They’re low-maintenance, breed quickly, and share over 90% of our genes, which makes them excellent test subjects. But they’re also distinctly abnormal animals: The vast majority are deliberately inbred to make them genetically identical, and they’re raised in obsessively sanitized environments that block out many of the germs they’d normally live with in nature.

As a result, it’s easy to run highly controlled experiments on the sheltered mice—but the results of those experiments don’t always translate well outside of the lab. Many medical treatments that work wonders in mouse trials fail spectacularly when tested in humans. (One frustrated scientist created the @justsaysinmice Twitter account to call out journalists for breathlessly reporting on the results of mouse trials that are unlikely to mean anything for people.)

Determined to create a better lab mouse, scientists are working to diversify the genes and the germs they carry.

Rehermann belongs to the camp that wants to give the rodents a more natural microbiome—the community of germs living in and around their bodies. Other researchers have tried to do this by injecting lab mice with a cocktail of common pathogens or by placing them in the same cages as germ-ridden wild mice. Both methods have been shown to give lab mice more robust microbiomes, but neither method inoculates the rodents from birth.

So Rehermann and her colleagues took things a step further. They demonstrated that they could transplant a lab mouse embryo into a wild mouse mother. When the baby is born, it has the uniform genes of a lab mouse and the healthy microbiome of a wild mouse.

“That way you get the effect at potentially the most important stages: pre-birth, after birth, and even early life events,” Rehermann says.

No matter the method, the goal is the same: to create what University of Minnesota immunologist David Masopust calls a “dirty” mouse. That’s especially important when studying diseases, because animals’ immune systems are shaped by the germs they’re exposed to. Dirty mice develop mature immune systems similar to adult humans, according to Masopust, but clean lab mice wind up with immune responses that are more similar to newborn babies.

In recent years, extremely clean mice have become the norm. It makes sense: Many scientists deliberately breed mice with compromised immune systems to study certain diseases—which leaves them vulnerable if any stray pathogens pass through the lab. Other researchers just don’t want an unaccounted-for germ to sway their experiments.

“It’s been a religious quest to make their environments cleaner with every decade that’s gone by,” Masopust said. “As immunologists, we’re no longer studying the mouse organism as it developed in nature. We’re studying a biological state that doesn’t apply to most adult humans.”

Meanwhile, another group of researchers—spread across Jackson Laboratory in Connecticut, Oak Ridge National Laboratory in Tennessee, Tel Aviv University, and the Animal Resources Centre in Western Australia—has developed a method for creating genetic diversity in lab mice called the collaborative cross. Rather than rely on one inbred strain of mouse, these mice are descended from eight different strains that cover about 90% of the genetic variation scientists have seen in lab mice.

“Instead of drawing all of our conclusions from a single individual, or a panel of clones or twins, we’re able to draw conclusions that we know generally apply over this very diverse population,” said Jackson Lab geneticist and behavioral scientist Elissa Chesler.

While genetic diversity and robust microbiomes might make lab mice more realistic, they also introduce a new set of variables for scientists to contend with if they want to create reproducible experiments. But Masopust says researchers shouldn’t worry too much about the wrong kind of reproducibility.

Diverse and dirty mice might do a better job of meeting the latter standard. Rehermann and her colleagues found that clean lab mice have highly unstable microbiomes that change dramatically in response to disturbances as small as moving their cages from one room to another. But the microbiomes of their dirty mice stayed stable even after the animals changed their diet or took a full course of antibiotics. In fact, after five generations, the descendants of the original mice still carried their original microbiomes.

Ultimately, the researchers hope that the new mice will complement, not replace, traditional lab mice.

“We don’t want to say regular lab mice are totally horrible and we’ve created the best thing and everything else you can throw into the trash,” said Stephen Rosshart, one of the NIH scientists leading the wild mouse work. “Laboratory mice were extremely helpful and they still are.”

Instead, researchers could confirm their findings from standard lab mice in dirty and diverse models before, say, testing a new drug on humans. As a proof of concept, Rosshart and Rehermann used their dirty mice to recreate the mouse trials for two drugs that went disastrously wrong when tested on real patients. This time, the mice responded more like humans.