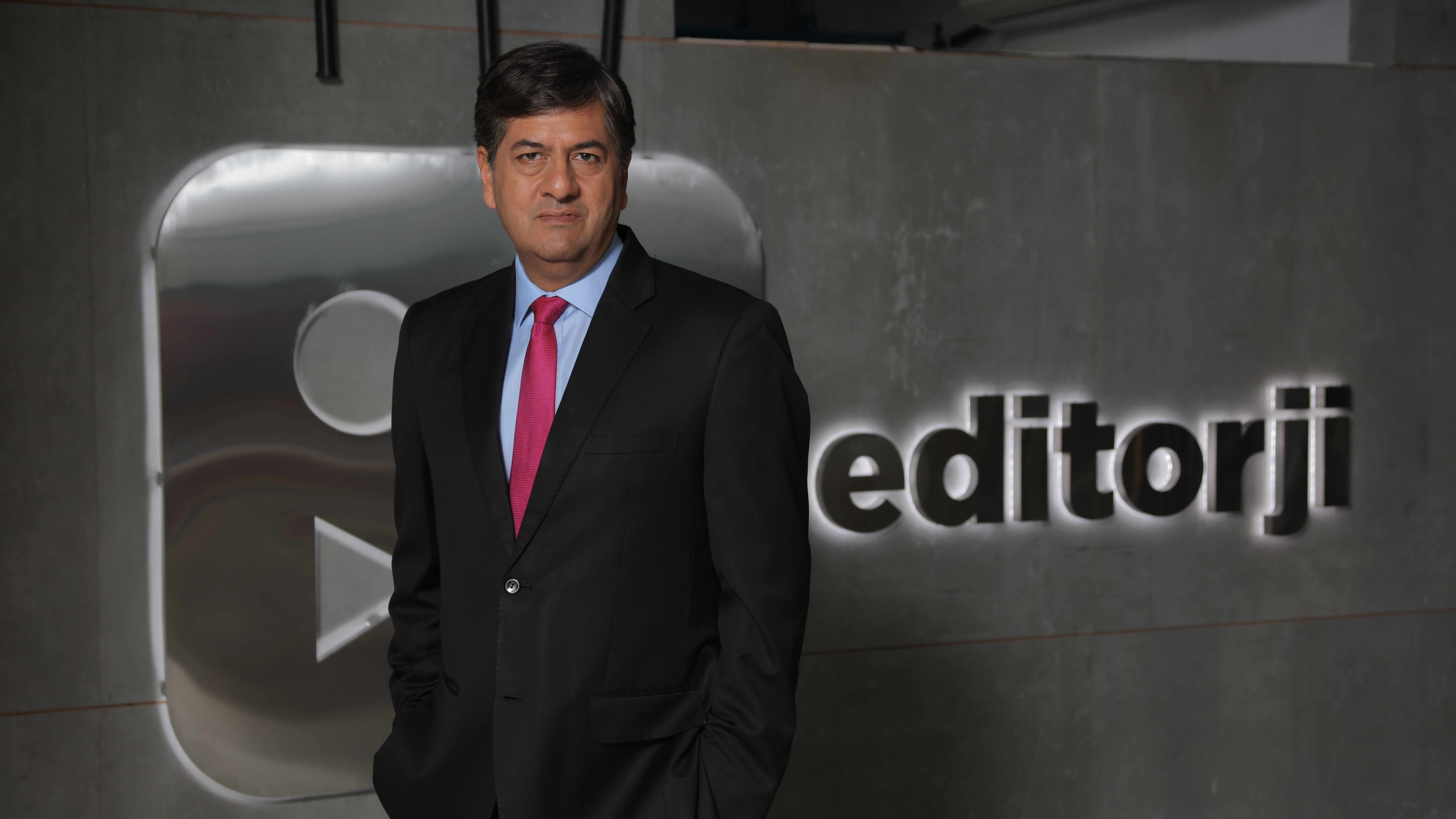 News is often the casualty during heated debates between panelists, where viewers only get to see uninformed and highly opinionated discussions. TV news is today more about noise than views.

Dismayed by the state of affairs, in September last year, Chandra launched Editor Ji, an AI-based news platform, which offers free, short, and customised video newscasts. He pitches his app as an alternative to both TV news and social media.

“For videos, people are going to social media, which is struggling with fake news and is also an ideological echo chamber. There is a need to give users unadulterated news,” Chandra told Quartz India.

For this, Chandra says, Editor Ji’s team of 70 content creators and journalists have been publishing original videos, besides curating from news wires such as ANI, AP, and AFP. The team churns out around 200 videos in English and Hindi daily, each with an average duration of 10 minutes, across categories like politics, sports, and entertainment.

Users’ daily video newscast is tailor-made by AI and machine learning algorithms, based on their location, and preferences. They can also create their own newscasts, add comments, and share it with other users and friends on social media like Twitter, or Instagram.

The app has been downloaded 1 million times, according to the company.

Given the general trend of shortening attention spans, short-form videos have been emerging as a popular media format in recent times. A report by EY and the industry body Federation of Indian Chambers of Commerce & Industry (Ficci), released earlier this year, revealed that 250 million people watch videos online in India. This number is expected to double by 2020.

So far, the general entertainment category (GEC) has taken the lead in developing over-the-top platforms to tap this demand. Star India’s Hotstar and Voot by Colors TV, for instance, are wildly popular.

Before Editor Ji, apps like Inshorts and Shortpedia, were launched to cash in on the demand for less-wordy, short-format news. But these are primarily text-led platforms with a small dose of videos.

“Platforms like Editor ji, which offer news in a short and crisp video format are useful for those strapped for time, as they provide the summary of trending developments across sectors,” says Vivek Gupta, managing director and business head, at market research firm Ipsos’ Mumbai office.

But even as the opportunity is huge, these platforms have a lot of hurdles to cross before they become popular.

“Players like Editor Ji are supplementary news platforms and cannot replace conventional news channels. There are a plethora of news channels offering different brand propositions. Some are offering sharp and quick news analysis, while there are others diving deep into core issues,” points out Gupta.

To co-exist with mainstream media players, app-based news platforms will have to device distinct content strategies.

“Today, users are consuming video content heavily through social media. If you are churning the same stuff that is available on those platforms, then why will somebody come to you? This is a challenge when you are in the video-based news business,” said Vineeta Jain, founder of Shortpedia.

In search of revenues

Despite their hazy future, news-based apps are not being written off by advertisers or investors.

Inshorts, for instance, raised $20 million from Tiger Global in 2015. The app, which publishes 60-word news stories, turned profitable in 2017, after four years of operations. It claims to have closed financial year 2019 with revenue worth Rs100 crore and has 250 advertisers on its platform.

The success of Inshorts might provide heartening cues for Chandra, as well.

Editor Ji is looking for advertising revenues through regular commercial breaks on its platform as well as through branded content partnerships.

The news app has stitched brand placement, sponsorship, and content alliances with the likes of Twitter and Amazon.

During the Indian general election, in April-May this year, Editor Ji created original videos featuring politicians like Uma Bharti, who spoke on issues like cleaning the polluted Ganga river, and later answered questions posed by Twitter users. The content was presented in a brand-partnership with the micro-blogging platform.

Editor Ji is also leveraging technology to rake in ad revenue. “AI is being deployed to offer targeted advertising to brands,” Chandra said.

Chandra, for one, is convinced that brands are looking for customised advertising solutions given the popularity of video consumption. Hence, garnering revenues is not his immediate worry.

“My primary job is that of an evangelist,” says Chandra. “The main task for us is to educate users about who we are and what we are doing.”